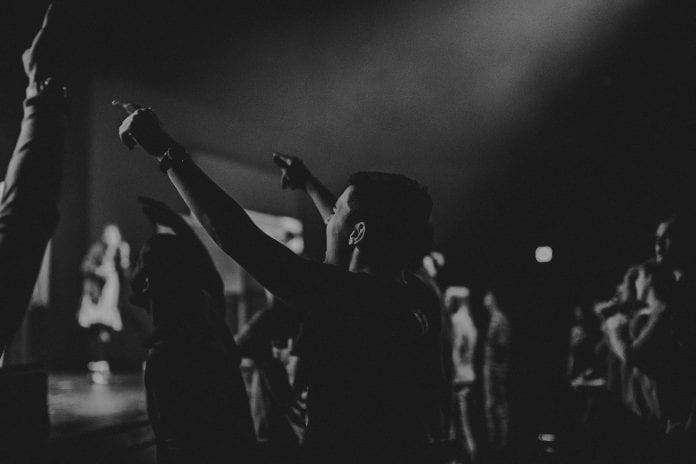 A few years ago I was invited to golf with Tiger Woods’ first golf coach, Rudy Duran. I was more than giddy and didn’t mind the six hour journey to meet up with him. What I discovered was this: he was just an ordinary guy who was able to bring out the greatness in others – even myself.

Early on in my ministry, I had to adjust to a very real truth: there were people in every church that I pastored that were more gifted than I was in a lot of areas – in intellect, management, speaking ability, music, etc. This especially hit home as I was preaching one Sunday and realized that a Greek Professor from Biola University was sitting in the audience with a number of his students. Needless to say, I was scared spitless to use any Greek words in my sermon! But it didn’t stop right there. I soon realized that there were very successful business men and women who also called that church their home. These people were top CEO’s and executives all around the country. They were people who managed large corporations and led huge amounts of employees.Now, I am pastoring another church and find the same thing happening over and over as I see heads of non-profits and leaders in international ministries joining in worship with us on a regular basis. The list could go on and on, and quite honestly, as I write this, I am aware that most people I’ve pastored have been more gifted than I in a lot of ways.

I remember one time having a conversation with God about my inadequacies and failings in life – especially when it came to leading and managing others. It was during this time that God clearly spoke to my heart about His calling and His placing in the positions that I served. I might not be as great as others, but I had a calling to call out the greatness in people. In a nutshell, God didn’t call and place them as the senior pastor; He called me.

As I studied through the scriptures, I realized that there is one glaring story of someone who struggled with this very same issue – the story of Saul & David. I think about Saul and how he handled David, who came on the scene with God’s approval for being the king. The scriptures even refer to this in 1 Samuel 18:7, “As they danced, they sang: ‘Saul has slain his thousands, and David his tens of thousands.’” Saul was immediately threatened by David and tried to make his life miserable by pursuing him. It’s an interesting fact that David didn’t want Saul out of his life. In fact, he kept trying to protect the mantle and anointing on Saul by declaring to those around him to “not touch God’s anointing.” It was Saul that pushed David away. Personally, I believe that David would have been happy serving Saul and being mentored by Him, but Saul made that an impossible situation.

Over the years, I have learned some lessons that I have put into practice in leading those who are more gifted than me.

Don’t Be Threatened By Them

Many very gifted people just want someone who will pastor them with integrity of heart. They want to come alongside you and be a great blessing to you.

Utilize Them And Their Areas Of Expertise

If you don’t make room for the eagles to fly around you, they will find somewhere else to serve. Your church cannot be just about the downtrodden and down – and – outer. Eagles should be coming to your church also. (By the way, usually it’s the eagles that are able to fund the outreaches that you have to the down – and – outer). I remember sitting with a businessman who understood spreadsheets and business protocol. I asked him to explain to me how to read the month end numbers. You should have seen his face light up, and he took me under his wing to “mentor me.”

God put them and their gifting in your midst. Use them. Utilize them. Help them see that life isn’t just about their job and the people they manage. As Wayne Cordeiro has said, we need to teach people that the job they go to everyday is just a place to get a pay check; their real work and ministry is doing the will of God in helping others.

Like you, they live and work in a very harsh world. People are not always gracious and kind to them.

They come to church with the burdens of the world resting in their shoulders. The only “thank you” or appreciation they receive might be what you give them every week. Let them know how much you appreciate what they do, that they are part of your team and what they do makes a difference.

One of the greatest basketball coaches of all time was Coach John Wooden. He was not a big person, and when compared to the players, he looked very small. Somehow, though, he was able to bring out the greatness in others. Though he couldn’t play with the great players he coached, he certainly could lead them and help them to be everything they were created to be. He would say things like, “Things turn out best for the people who make the best of the way things turn out.” “Be more concerned with your character than your reputation, because your character is what you really are, while your reputation is merely what others think you are.” “Be prepared and be honest.” “What you are as a person is far more important than what you are as a basketball player.” “Winning takes talent; to repeat takes character.” “A coach is someone who can give correction without causing resentment.” “It isn’t what you do, but how you do it.” And, “Ability is a poor man’s wealth.

I have been pastoring for almost 40 years now, and I have had the privilege of leading some very great and wonderful people who are often more talented and gifted than I. I’ve allowed them to come alongside me and I’ve allowed them to use their God-given gifts to minister to the people I serve. As a result, my team is strong and I’m blessed to call these people my friends and partners. Instead of being threatened by your eagles, try embracing and accepting them as God-given gifts to you and the church.

Pastor Bill Burnett is the Senior Pastor of New Life Chapel in Hesperia, CA. He has been married to Denise for 39 years. He currently lives in Victorville, CA. Pastor Bill and Pastor Denise have two daughters, four grandsons and a granddaughter.