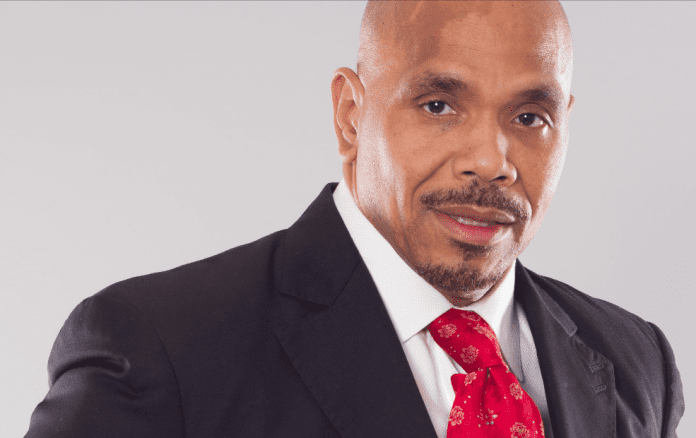 Ignorance. Stupidity. Illiteracy. These were many of the stigmatizing traits and labels that groomed my childhood and taunted my turbulent adolescence. That is, until I learned to differentiate “smarts” from “intelligence.” Though I was not regarded as the smartest person in the room, I’d often get a nod from the wisest leaders in the room. Why? Because despite the disparaging traits that sought to blind me from envisioning my own potential, God was already blessing me with an ingenious way of thinking. My intelligence did not stem from academia.

Potential is the unrealized existence of your capabilities. The word potential for me translates as innumerable possibilities—possible, as opposed to actual, unfounded facts, the capacity to become what I see in myself that no one else sees. Growing up in the ghetto as a recipient of programs such as W.I.C., Food Stamps, and Section 8 housing, along with being a dope feign and a prisoner, no one knew what I felt deep down on the inside—an indescribable longing to conquer more of what life had to offer and to fulfill all that I knew I was capable of achieving. It wasn’t until my born-again experience that I was able to attain the missing piece to my complex puzzle of self discovery—that part of me that remained invisible to outsiders. The question then became, How do I tap into the untapped potential—my unexploited possibilities. Potential is equivalent to approaching a coal mine for coal and discovering unexpected surprises—gold, diamonds, salt, rubber, copper, etc. We are called to mine our minds continually, and my mind reminds me of the innumerable resources available deep within the mine of my unexplored existence. So, if you feel deep within that your potential is still hiding undiscovered beyond the dark corridors of dormancy within the mind, now is the time for self-discovery. How do you tap into your undiscovered possibilities and become the best you that your potential will allow?

Five Ways to Tap Into Your Potential:

Procrastination is a dream killer, but it is so cunning that it does not always present itself as procrastination. Many times, procrastination presents itself as perfection. You are tirelessly attempting to perfect one thing for so long that you lose sight of your intended purpose and ultimately your potential.

The only way to be determined is to be intentional. You must know what you’re targeting in order to attain your goal.

Many voices tend to compete for our attention, but the voices that seem to echo the loudest are the voices of can’t and how—How are you going to do this? How do you know that you can do it? Still, you maintain a feeling inside that you must achieve the goal that continues to nag at your gut. You can never experience a win without having something in the game, whether it’s walking on water, sitting in the fiery furnace, or building an arc among those who are laughing. It’s the gut feeling that becomes vital to turning the potential into a reality. The worst strategy is to start building the arc after it’s already raining, or entering the fiery furnace when the fire has already been extinguished. Having the need to have a sure thing all the time is one of the greatest problems for believers.

Faith is the substance of things hoped for, the evidence of things not seen (see Hebrews 1:11). This Scripture challenges me because it says evidence of things not seen. To an analytical brain, how do you go into a courtroom and present evidence that you can’t see? So, faith is outside of the realm of the finite. It is infinite wisdom about finite things that require you to trust your gut feeling. Then you’re able to be determined, and because you’re determined, everything is within a time element. You begin to understand that timing is key, which means that procrastination cannot be a part of your vocabulary.

Do not lose track of your goal. I don’t think opportunity knocks. Rather, it waits in a hidden place to be discovered. So, one must have a bulldozer because under this rough exterior, there’s something here. They say that you can tell what valuables are inside a house by the height of the walls around it, the gates in the community, and the bars on the windows. In a community, for instance, the person with the best property is considered the mayor of the block. But in communities where the wealth is more uniformly distributed, there are no gates once you enter the neighborhood. If you live in a community where everyone’s net worth is equivalent to each other, then usually when something happens to your house, it’s an outsider. Many times, the outsider was invited in by an insider—a friend, a nephew, a cousin etc.

We all possess untapped potential. The key to unlocking it is to take the initiative to dig for it and remain persistent in your discovery of unknown treasures.

Bishop George G. Bloomer is founder and pastor of Bethel Family Worship Center in Durham, North Carolina. He is also host of the TV program Rejoice in the Word and travels internationally as founder of G. G. Bloomer Ministries.