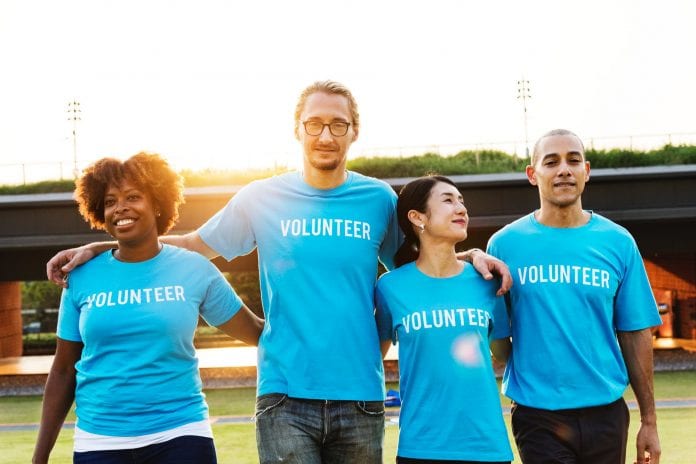 By Nature We Are Radically Self-Absorbed

Your church has places for you to serve, and Christ wants you to serve there. This may not be a normal thing where you work or maybe even with the friends you associate with. Maybe that was the problem with the disciples. They didn’t grow up in church, so the idea of serving others through the body of Christ was foreign to them. People around them were very self-absorbed: religious leaders, tax collectors, and high-ranking officials were all out for themselves. Knowing this, Jesus took advantage of the moment and responded to the disciples’ selfishness by saying this:

You know that the rulers in this world lord it over their people, and officials flaunt their authority over those under them. But among you it will be different. Whoever wants to be a leader among you must be your servant, and whoever wants to be first among you must be the slave of everyone else. For even the Son of Man came not to be served but to serve others and to give his life as a ransom for many. (Mark 10:42–45)

Did you catch what Jesus says there? He points out to the disciples that many people around them flaunt their authority and do not serve others but only serve themselves. Then he says, “But among you it will be different.” In essence he is saying that if you are going to be a part of his family, you are not going to be self-absorbed or expect everyone else to serve while you stand on the sidelines. If you have children, you have probably said something similar: “This is not the way we act in our family. This is not what we do. Instead, this is what we stand for.” What you’re letting your children know is that because they are part of the family, they have responsibilities in the family. There are expectations for being part of that family. This is what Jesus is saying to us. Other people can stand on the sideline, think only of themselves, and never serve—but among you, it will be different.

Find a Need and Fill It

Years ago, a successful businessman started attending our church. He was an entrepreneur at heart and had built a thriving business from the ground up. He started attending because the church that he had recently called home had shut its doors. We connected almost immediately. He had a contagious spirit, and I loved his enthusiasm for life and for the Lord. I did not ask anything of him over the next few months, primarily because I knew he had had a difficult experience in his former church, and I figured that he needed some time to refresh and be ministered to. After a few months, we were out to lunch, and he said to me, “I notice there is a problem at the church.”

I jokingly said, “Only one?”

He laughed and replied, “Seriously. On Sunday morning it seems that there aren’t really any backstage hands—people who are designated to bring the table and chair out for your preaching, move around audio equipment as needed, and generally ensure that everything behind the scenes is functioning as it should.”

I told him, “Yeah, you’re right. We lost the leader that was heading that up, and we have someone filling in.”

He immediately responded, “I’ll take care of it. How many people are helping out right now?”

He said, “Well, we have several services, so I figure we will need at least fifteen people on the team. Get me the names of the people who are currently helping, and I’ll make it happen.”

When I returned to the office, I emailed him the names and contact info.

The next Sunday, he was in full recruiting mode. I saw him approaching people to see if they would help. He had revised the former leader’s job description for volunteers. Over the next thirty days, he got over fifteen people plugged in to the ministry. He had properly functioning headsets, branded T-shirts, and a team that was united and moving forward. He did an outstanding job of putting it all together, and he did it in thirty days.After about four or five months, he approached me again. He said, “Pastor Chris, I’ve got this ministry humming. I have put a leader over it, and they will keep it moving forward. It no longer needs me.” Then he looked at me and said, “Now what do you need me to do?”

This man was busy. He had had four children under age eighteen, owned his own company, and traveled like crazy, yet he still managed to make a difference. The other part of the story I love is that I didn’t approach him; he approached me. He modeled what I believe God wants from those who attend a local church: find a need and fill it. Your church has plenty of needs: places to get involved, positions to fill, and even some ministries that need someone to revamp them, like my friend did. You don’t need to wait for someone to approach you, for the pastor to preach a message that will motivate you, or for the annual ministry fair. You can start now. You can start today. Find a need and fill it.

Chris Sonksen understands church growth and how to help pastors who may feel stuck because their church isn’t growing. His personal experience comes from his own journey in pioneering South Hills Church, a multi-campus church based in southern California that has been widely recognized for its unprecedented growth and strategic approaches to doing ministry. In addition, Chris’s church growth expertise has led him to found Church BOOM, an organization that has provided personal coaching to more than two hundred churches and impacted thousands of leaders. Chris and his wife, Laura, have two children and live in Southern California. Learn more at ChrisSonsken.com. His latest book, Quit Church, is now available nationwide.