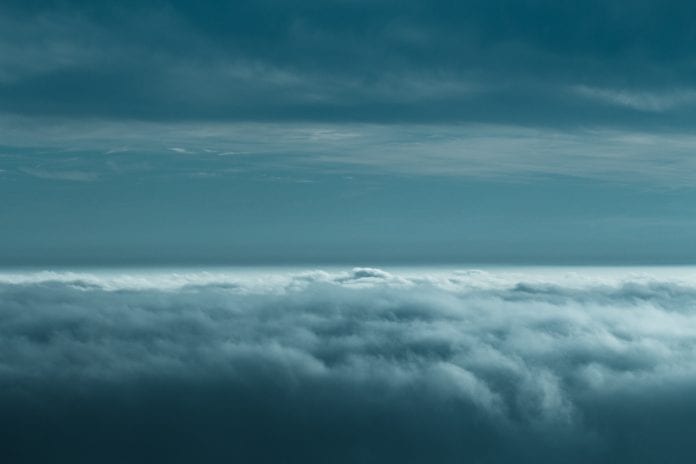 In the beginning man had the entire kingdom at his feet, yet he succumbed to the enticement of the evil voice to have more. Now because of his knowledge of the Word of God, man believes he can overthrow this enemy, perhaps single handedly to regain what he had lost. But barring Christ, no man could alone defeat Satan. He is the most subtle beast of the field (Genesis 3:1). A master of disguise and deception.

After the fall of man, his thoughts and behaviors dramatically changed from walking in the glory of God, to finding his own way apart from God. He was unable to see or hear without distortion, a condition that still plagues man today. And even though the blood of Jesus Christ reversed the curse, man’s understanding and functioning remain upside down!

As an example, in Genesis 2:15, man’s assignment was to till the garden. After man sinned in Genesis 3, God said that the ground would bring forth thorns and thistles and that he would have to work by the sweat of his brow……a curse we now know as stress! Yet, people talk about how stressed they are or about taking stress management courses even though we no longer live under this curse. But through Satan’s deceptive tactics, he tricks man into speaking the curse back upon himself!

A line exists between the Kingdom of God and the world system. It has existed since the beginning of time. The Kingdom, the Garden of Eden, was abundant with life. Conversely, the world system emerged through rebellion and disobedience and brought death. Further, because of the ravaging impact of sin, it has become more and more difficult to distinguish good from evil because man’s mind has been contaminated.

Satan knows that the cross and the blood of Jesus stripped him of his power over death, hell, and the grave. Now man, through the power of his mind, once again has power over death (below the line), as well as life (above the line) (Romans 8:6). But through his deceptive tactics and deadly poison, Satan works tenaciously to get man to 1) think, 2) speak, and 3) act in ways that rob man of his spiritual authority.

Below the line, before fear shows up as a problem in man’s life, the venom of Satan’s piercing fangs has already begun its deadly work of enlisting man in his vicious exploits. The poison often creeps into his mind through circumstances, situations, conversations, or Satanic suggestions and infects man’s conscious, igniting thoughts that are inconsistent with truths from the Word of God. These thoughts, vain or foolish imaginations (Romans 1:21), planted by the crafty serpent should be taken captive.And bringing into captivity every thought to the obedience of Christ (2 Corinthians 10:5b).

Because of sin, however, man often feels his thoughts are justified because his thinking is distorted.

Man, who during times of frustration, anger or other imbalance, may think ‘I thought it, but I did not say it’ is a safe position to hold is wrong. This false sense of security comes from living solely under the Old Testament proverb “Death and life are in the power of the tongue” (Proverbs 18:21). But the New Covenant says “To be carnally minded is death; but to be spiritually minded is life and peace” (Romans 8:6a)!

One of the most profound examples of operating below the line is the story of Ananias and Sapphira (Acts 5:1-10). They purposed in their hearts/minds to sell a piece of land, taking a portion of the proceeds to the Apostles, but presenting it as if it were the entire amount. Ananias made the initial foiled attempt, in essence lying to the Holy Spirit, and consequently dropped dead. Several hours later Sapphira, repeated the same deception to her own demise as well.

Be not deceived; …. for whatsoever a man soweth, that shall he also reap…But he that soweth to the Spirit shall of the Spirit reap life everlasting (Galatians 6:7, 8).

Everything we say and do is a seed that produces something, either good or bad.

In Matthew 9:20-22, there was a certain woman with an issue of blood for twelve years. She said within herself, which means she thought, believed and had faith, that if she touched Jesus’ garment she would be made whole. She set her mind on things above (Colossians 3:2, NIV) and she was healed!

Get Above the Line

It is possible to be operating or living below the line and to be citizens of the Kingdom of God. If the enemy can get people to walk in fear, condemnation or strife, faith and love are not operating which are designed to empower the anointing and power of God in man’s life.

Further, because the weapons of man’s warfare are not carnal, but are mighty through God, it is vital that the Believer come out from amongst them and learn how to walk victoriously in the earth. Examples include:

We must forgive others as Christ forgave. How many times?

..How oft shall my brother sin against me, and I forgive him? till seven times? Jesus saith unto him, … Until seventy times seven. (Matthew 18:21-22)

When man is obedient to the Word of God and does not allow fear to enter into his mind, he is resisting the devil’s efforts to get him below or to remain below the line.

Resist the devil, and he will flee from you. (James 4:7b)

When man, in any way, resists the devil, he has to flee. The cross guaranteed it!

Stay Above the Line

Man cannot be victorious without the Word of God. It articulates the principles by which kingdom citizens live, as well as explicit strategies to walk in victory against the kingdom of darkness. They include:

We must “Walk by faith and not by sight” (2 Corinthians 5:7). This is the opposite of what man naturally thinks. The world walks by sight then they believe. But the Word of God says the just shall live by faith (Galatians 3:11b). How does one walk by faith?

Faith cometh by hearing (Romans 10:17). One must consistently hear the Word of God for faith to come.

Faith worketh by love (Galatians 5:6). One must walk in love for faith to be activated.

“A new commandment I give unto you, That ye love one another; as I have loved you, that ye also love one another” (John 13:34). Man must follow the commandment of love without question. It is the force that propels the power of God to work in their lives.

Giving thanks unto the Father, which hath made us meet to be partakers of the inheritance of the saints in light. Who hath delivered us from the powers of darkness and hath translated us into the kingdom of His dear Son. (Colossians 1:12-13)

In order to embrace all of the treasures of the Kingdom, the Believer must follow God’s plan meticulously and Stay Above the Line.

(All scriptures are King James Version unless otherwise noted.)

Dr. Diana Morgan is the Founder and President of Original Design International (ODI), a ministry designed to promote and restore the Kingdom of God through improving individual and relational functioning.

Operating a private clinical practice, Dr. Diana counsels individuals, couples, and families equipping them with the tools and skills to develop and sustain healthy lives, living above the line. She serves as faculty in the Biblical Counseling program at Life Leadership College and adjunct faculty in the College of Human Ecology, Couples and Family Therapy program at The Ohio State University.

Dr. Morgan teaches numerous workshops and seminars for leaders, men, women and married couples, focusing on marriage mentoring, relationship enrichment, family development, and other areas of individual and family development. She can be seen regularly as the featured mental/behavioral health and relationship expert on the Drenda Show, seen on ABC Family and Daystar Television.