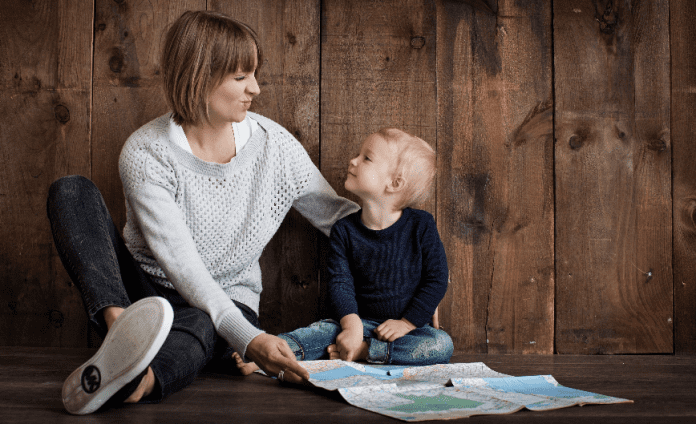 We’ve all seen parents trying to live vicariously through the lives of their children. A mom living her violinist dream through her daughter who would much rather be an engineer, or a dad pushing his son on the football field when the young boy would rather be a singer. It’s hard for us to see when we want our kids to be just like us or want the things we want. It is subtle. We don’t mean to turn our kids into someone they are not, but I have yet to meet a parent who hasn’t struggled just a bit with the apple that fell so far from the tree that it landed in a different zip code.

Perhaps we are acutely aware of the truth that God chose us for our kids and our kids for us – very intentionally and wisely. However, we neglect the equally important truth that He intends to shape us just as much as He intends for us to shape our children! This shaping happens in the uncomfortable places where wills clash and personality differences cause friction. The characteristics we prefer are challenged by the kids that don’t have them and the ungodly traits in us are brought to the surface when our kids have the gift of putting their sticky little fingers exactly where our triggers are!

Thinking back, most of us will recall how it felt when our very identity or the core of our personality was dismissed in the name of firm parenting “for our own good.” Hebrews 12, a key passage about Biblical discipline, states our parents “disciplined us for a little while as they thought best” (verse 10, NIV). Even well-meaning parents have limited perspective, and a good part of this perspective depends heavily on their own temperament. Parents need to understand that their children may not have the same temperament they do, and may not react the same way they would at the same age.

” Parents need to understand that their children may not have the same temperament they do, and may not react the same way they would…”

I compare different personalities to trees to give visual clues to the differences we may face. A driven, ambitious father with the personality type that I call a Rose Bush, will naturally feel the need to light a fire under his laid-back Pine Tree son “for his own good”. His son is content with coming in third place due to a temperament that is more about being with people than beating them at the game. Once this father understands the relational and rational strengths in his son’s temperament, he can start viewing him in a new light. However, if he never gains the perspective that a peace-loving and content Pine Tree is as valuable a member of society as the go-getter, hurtful words such as “lazy sponger” or even “loser” could slip out in a moment of frustration, hurting their relationship deeply.

A meticulous and serious Boxwood Tree mom is often given at least one “Palm Tree” child, who finds coloring inside the lines frightfully restrictive. To this mom, it may seem that her Palm Tree daughter has made it her job to embarrass her mom with spontaneous mischief in places where manners matter most – at her mom’s workplace, at the Bible study, at the in-laws’ house and, of course, at church. Unless the mom discovers the beauty of this Palm Tree child’s creativity, humor and out-of-the-box thinking, she may be tempted to snip viciously at the wild fronds that break the mold of what the mom assumes to be “a good kid.”

Let’s imagine for a moment that God put all four these trees in one home, to grow together and learn together what it means to be like Christ and to be fully human. Rose Bush Dad is going to be very comfortable leading the household – a great positive. He may be challenged when his Palm Tree daughter is a teen who does not want to be led in the way he likes to lead. She will probably prefer to try things out for herself. The Pine Tree siblings will likely get along well because they’re both more about the people than the task at hand; more laid back than driven and happy with a flexible schedule instead of a fixed plan. As the parents grapple for control and the kids wiggle out of the restraints, all four of them will learn to flex, to pray, to trust, to earn trust and to make space for the “weird ones” they live with. All four will have the benefit of these lessons as they deal with personality types outside of the family who act just like their family members!

My son (a Boxwood Tree and Pine Tree combination – considerate, careful and steady) once said to me, “Mom it’s a good thing you exercised such strict Rose Bush authority over me growing up. I bet I could handle the toughest boss I’ll ever face someday because of it.” Inwardly, I thought, it’s a good thing God gave me someone who is as set in his thinking as you are, to remind me that it is not a godly goal to change people’s minds for them.

The story of Kind David and his sons illustrate how neglecting temperament differences can erode a parent-child relationship. King David’s personality type made it hard for him to be uncompromisingly principled. He followed his heart instead. When Amnon, his oldest son, raped his half-sister Tamar, David couldn’t find it in his heart to punish Amnon. Absalom, his go-getter son, who valued honor and action due to strong Rose Bush traits in his temperament, lost respect for his father and took matters into his own hands. He had Amnon killed (2 Samuel 13). David still didn’t act, but did refuse to welcome Absalom back into the palace for several years. Let’s call it one of the longest time-outs ever given to a misbehaving son. When his father finally forgave him, it did not restore their relationship at all. It was too late. Absalom was already planning his coup. Parents raising Rose Bushes are likely to see the exact same response in their kids as David saw in Absalom: if you don’t lead decisively, they take over; if you ignore them, they take revenge.

Our home is a jungle of diverse tree types too. I am a task-oriented Boxwood Tree and Rose Bush combination, with a dash of the talkative Palm thrown in while my husband is an easy-going Pine-Palm with a pinch of Rose Bush that comes out only in his work life. Our oldest daughter is 90% peaceful Pine Tree with one socialite Palm Tree frond that pops out occasionally. Our teen son is a double introverted, 50/50 Boxwood-Pine combination, and our youngest daughter is a power-house of equal parts Palm, Rose and Boxwood Tree. My conclusions during and after many frustrating and hurtful clashes are that family is meant to be the first jungle we navigate. By learning our way through the jungle at home, we are better able to navigate other relational jungles. Some apples are meant to fall elsewhere, and each tree spreads its own shade.

Hettie Brittz is a wife, mother, speaker, author, and a foremost voice in parenting advice and personality styles from South Africa, now living in the US. A former speech, hearing, and language pathologist, Brittz developed the Evergreen Parenting Course and codeveloped the Tall Trees Profiles. Her latest book is Growing Kids with Character.