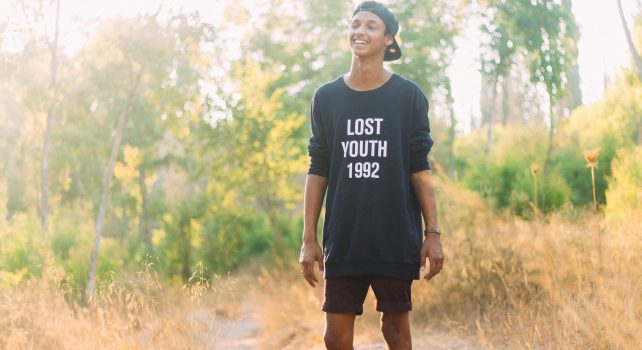 Jason left home to attend college when he was 18. Church attendance was a low priority. None of his friends were Christians. After growing up in the church, he found himself surrounded by people who never discussed faith and professors who were actively hostile to religion. After graduation, he got a job in business but again did not connect with anyone from his faith. Eventually, he told his parents that he no longer believed in organized religion or God. His parents were devastated.

When young adults and teens leave the faith, it is heart breaking for parents. We want our children to experience the same peace and joy possible through a relationship with Jesus Christ.

In David Kinnaman’s and Mark Matlock’s book, Faith for Exiles: 5 Ways for a New Generation to Follow Jesus in Digital Babylon they report that 64% of young American adults drop out of their childhood Christian faith. They also found that nearly two-thirds of 18 to 29-year-olds who grew up in church have withdrawn from all church involvement as adults despite being active as a child or teen.

Additionally concerning, the Barna Group surveyed U.S. young adults and asked about a biblical world view. They found that less than 1 percent of the young adult population in the United States has a biblical worldview. Additionally, the number drops to less than one half of one percent of Christians between the ages of 18 and 23. And while these numbers are startling and disconcerting, they are not surprising given the changes in our culture.

Let’s consider what our teens and young adults are exposed to everyday.

Teens and young adults spend hours in school learning from those who have no biblical training. Many educators are diametrically opposed to a biblical world view. At secular universities and colleges, professors attack the core beliefs of those who claim faith and push secular and progressive ideas. And in many cases, young people have not been taught in their youth groups or homes how to think critically about core faith issues. Consequently, they cannot give an apologetic for their faith. Those who do try to engage in critical discourse, are labeled judgmental and silenced. They encounter teachers who have no tolerance for their beliefs because they do not line up with progressive, secular ideas.

To add to the problem, teens and young adults have watched a number of Christian leaders fall from grace. Affairs, entitlement, power and money run too many churches; the hypocrisy of so many fallen public Christian leaders is on full display. How does this affect the church body? Often, it leads to cynicism or a loss of faith.

And it isn’t just leaders who model poor behavior. The church has a terrible record when it comes to confronting internal problems and reconciling people back to the faith. Instead, we do as the culture does and point fingers at one another. Just look at “Christian” Twitter accounts. This hardly represents the love Jesus said should mark us as followers of His.

Now add to this, hours spent on screens and the Internet where you can find anything and everything that opposes the Christian faith. In media, Christians are positioned as weak, bigoted and haters. God is no longer part of cultural discourse thanks to the very misguided view of the separation of church and state. The cumulative effect is an outright attack on all things Christian with a new tactic to silence Christian voices. What results is people floating in the sea of relativism with no anchor. Without an anchor, we drift from the faith.

So what can parents do?

Don’t give up despite the bad news: Please don’t think the battle is too big and all is lost. There is much we can do, beginning with prayer. We recognize that the battle for the souls of our children is not one of flesh and blood, but between principalities and powers. History reminds us how people of true Christian faith were persecuted and marginalized. But for two millennia, the church has survived and even thrived under overwhelming persecution. The faithful fight with our weapons of spiritual warfare. We pray and trust that God is greater than any force that comes against us. And the church will prevail.

Then we focus on what we can control. Parents must live authentic Christian lives that are obvious to their children. We must be active in our church and teach so our children are not biblically illiterate. We must know how to defend the tenets of our faith. This requires a willingness to allow questions, doubts and opposing views. Let your children know that questioning is healthy as long as they are open to biblical truth and the leading of the Holy Spirit.

Faith must be relevant to what they experience in the culture. Faith needs to be seen as more than a list of do’s and don’ts. Why do we believe what we believe? Does Jesus make a difference in our life?  How is that so? What does sin do to a person? What should we listen to, watch and allow in our lives? Are we filling our time with competing voices that wear down our faith or build it up? What does being a Christ follow mean when you are at school, on the baseball team, in the locker room or at home? Talk specifics. Have answers!

In terms of the church, youth groups must get back to the basics of teaching the Bible instead of entertaining kids on a Wednesday night. Church groups need to be culturally engaged so they can discuss the real life issues like the music, problems of depression, anxiety, cohabitation, hooking up, pornography, substance use, etc.  The youth group should be a safe place for questions regarding faith—with no shame. Then, teens must be disciplined as to how faith helps them overcome life problems.

We all need to stand up against labels and fight discrimination against the church.Why do we  remain silence when our faith is under attack? Are we afraid and not trusting God to help us?  Why do we tolerate discrimination of any kind? What does religious freedom mean?  Teach your children to stand for truth no matter the cost. And model the way. Have courage!

Finally, I know that even when parents do their best, there is an enemy who roams the earth and seeks to steal, kill and destroy. In our biblical world view, Satan is not fiction, but a reality. We are in a fight. But our weapons bring victory. Therefore, do what you can to provide the anchor, pray without ceasing, know how to defend your faith and religious freedom, and never give up hope that your child will return to the faith. There is power in prayer! Keep praying. Keep believing!