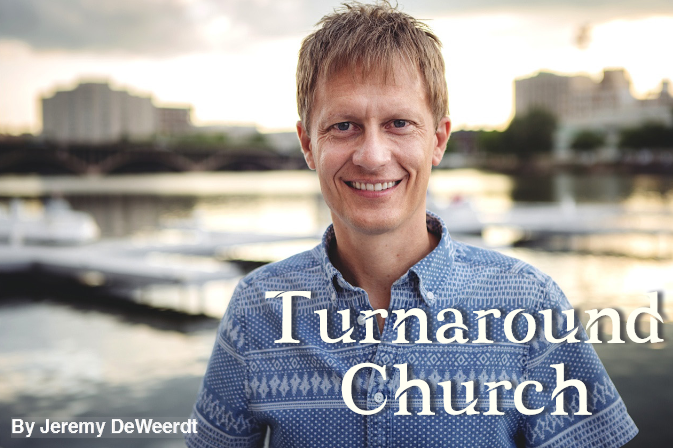 In April 2007 I assumed the leadership of a well-established church that was in crisis. Founded in 1929, this church had an amazing past, but like most churches its age, it had a history of growth, hardship, expansion and decline. I have been a part of this church since 1983, first as an attendee, then pastoral staff, and eventually it’s senior leader. Over the period of time I had been there, I watched God do incredible things and yet, in the time just prior to my lead pastor assignment, I watched the church go through one of the most intense struggles of its existence. Rockford First was on the brink of bankruptcy.

As I mentioned before, Rockford First ( First Rockford, Illinois, the position of Lead Pastor) had . Numerical growth, a sprawling 175,000 square foot campus, a Christian school, , two radio stations, a TV station, , dozens reputation around the nation as , kingdom-shaking church. However, landed on rough times

Over-expansion, dwindling attendance and a culmination of multiple financial faith-leaps that didn’t quite pan out now put this ministry into a critical state. The former leader had transitioned out and the church board was looking for a new leader.

I youth ministry leader at Rockford First. For a number of months, both my wife, and I had been sensing God was going to shake things up. We assumed that meant we were going to move on to another city and assignment. Instead, we found ourselves being called by private meeting in which we were asked if we would consider allowing our names to be put forth before the congregation

We prayed. We sensed God was in this and we put forth our names both had been raised in. On April 29, 2007, we were elected by a 92% affirmative vote.

Then the work began…

Once I chair, I I . Finances . were the norm. The congregation was somewhat oblivious to how bad things really were

fiscal budget that was already beyond saving. in the hole $850,000 and there were only three months left in the fiscal year. So at the very first , I gathered with a list of employees, goal of reducing staff until we hit $850,000 of cuts.

This meeting was terrible. Words knowing that decisions on a income. I came home late that night knowing that Jen and I (and the entire church) were about to go on a journey that was going to get worse before it got better.

Six weeks after becoming Lead Pastor, we laid off 16 high level positions; executive pastor, associate pastor, young adult pastor, managers, and department heads. Some of these people I had served alongside for almost 17 years. When I met with them, there were tears on both sides of the table.

, I special membership meeting and announced the layoffs. A crowd 300 up and as I read the names of , gasps, people shouting “no” and shocked faces across the room. I told everyone that I was sorry made to save the church. We lost some members that day

The next two years were full of irony. Financially the church was in such a terrible state that we were barely making payroll. We were cutting here and there as much as we could but we had a difficult time finding “bottom.” . Yet, at the same the Sunday morning services were growing. Slow, steady growth. So on the outside, everything looked like it was on the up and up, but on the inside, we were barely keeping the doors open

Then in late 2009, a breakthrough happened. We had to make one more massive financial cut with a simultaneously sold off our two . ( know how to take radio into the , like? The answer… a big “NO!”) radio stations saved the church. This cash influx allowed us to pay down bills, stabilize our economy and get on our feet

Then it happened! God began to really grow His church. Sunday to expand at a faster rate. By 2012, Outreach Magazine listed Rockford First as the 7th fastest America, based upon percentage growth. We’ve been on the top 100 list ever since.

As I , I that . attending every weekend. There is excitement in the house! God changed. We had our “desert” three years, but then God helped us cross the Jordan, as they say

So, I the last eight years? Well, more than I could write in this article. insight to pastors who may be in the same situation as I was—at the helm of a dying church that still has hope

The Lead Pastor has to set a tone of faith and expectation, even when there is little to celebrate

There was very little to celebrate for those first few years. In fact, I Sundays and proclaim that Rockford First Saturday. . Sometimes I felt I was lying to the congregation. However, we “win” biggest miracle. We had to or we, as a leadership team, would ourselves be overwhelmed with discouragement.

At the end of the day, remember: Jesus didn’t die for policy manuals and procedures. He died for human beings.

Have no time for negativity

First Rockford in the early years of my leadership was negativity. People were hurt because of . People were frustrated because I was changing the methodology of Sunday mornings to connect . I I received I had made or the direction I had pointed the church in. At the end of the day, I decided to have no time for negativity

I (who, many times, received the phone calls and people barging into the office, demanding to see me) to throw away or delete every negative message I received. I didn’t need to fill my spirit with that. When negativity would surface in a meeting, I did my best to redirect the conversation. We had to keep full of faith

There’s a powerful truth found in Psalms 133:1,3: “Behold, how brothers dwell in unity! For there the Lord has commanded the blessing, life forevermore (ESV).”

A : When , “THERE” God “commands” His blessing. Conversely, if there isn’t unity, God cannot command His blessing.

I took these verses very seriously while manning the helm of Rockford First–so much so that I promptly encouraged those who could not jump on board with the vision to find a church where they could, because I knew that blessing could not come without unity. Sometimes we are afraid to release people to another church. But often, releasing people releases the blessing of God.

Remind everyone that no perfect people are allowed.

I Sunday . , it reminded us that we are gathering together in Jesus’ name but also inviting others outside of to (hopefully) become curious. , the primary reason the church exists is for followers of Christ to gather in His name. However, a second priority is to invite of to join in.

, some portion of my message and

Jeremy DeWeerdt serves as the Lead Pastor of Rockford First, a church that is focused on three simple priorities: Loving God, Loving People, and Loving Life! Jeremy, along with his wife, Jen, accepted the Lead Pastor position in April of 2007, after having been on staff at Rockford First for more than 16 years in the role of Student Ministries Pastor and Director/Founder of the post-high school ministry, Rockford Master‘s Commission. To learn more about Jeremy, visit: www.rockfordfirst.com