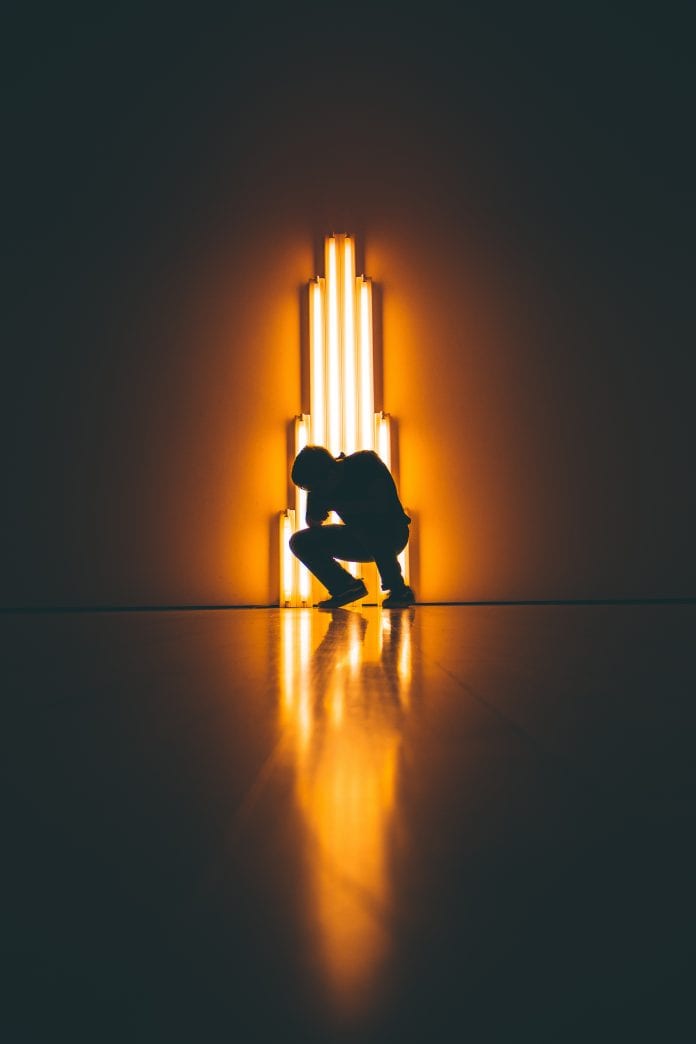 Before I left church Sunday, my friend Linda asked if she could come to my house later that day and talk with me about prayer. Since she was a very busy person, I was glad for the opportunity to listen to her and share what I had learned about that all important subject.

I knew that for some Christians, prayer comes easily. It depends on one’s relationship with Jesus since childhood. Heartfelt prayers can be a natural part of growing in the faith. For others, their life of prayer needs to have a definite beginning.

That afternoon Linda and I sat at our cozy kitchen table as we sipped from our mugs of coffee. She got right to the point. “Lucy, I am ashamed to tell you this since I am so active in our church. But I do not know how to pray! If I am asked to pray in a group, I read a prayer, but I can’t say the words that will form my own prayer.”

I told her about the time I too discovered I did not know how to pray. I was the wife of a minister and was often expected to lead a group in prayer. So I read the closest one at hand. The day I discovered a booklet entitled Adventures in Prayer by Catherine Marshall, I discovered the reason I could not pray: I had no relationship with God the way that Marhsall did. That is always the turning point of one’s prayer life. First, develop a relationship with God through His Son, Jesus Christ, and then talk with Him as if talking with your best friend.

Linda laughed as she replied, “Yes, I imagine you see me talking with many people. But how can I talk to God like that?” I opened the Bible to the Psalms. We discussed the psalmist’s conversations about everything from heartache to praise and thanksgiving. His love for God and his reliance on Him was straight from his heart.

We discussed coming to God with a clean heart free of any trash of the past. “If I had cherished sin in my heart, the Lord would not have listened, but God has surely listened and heard my voice in prayer” (Psalms 66:18-19). Sometimes we forget to pray first for ourselves so that God knows we desire to be pure vessels through which His power will flow.

Turning to the window, I said, “Look at that sparrow slowly hopping along the rock wall.” We smiled as we noticed the leaf in its mouth was almost the size of its small brown body. The nest hidden among the ivy was probably its destination. But during the short flight there, the bird sank to the ground and dropped the leaf.

“Linda, sometimes I am like that bird,” I said. “I stumble under the weight of worries and thoughts that I am not able to carry. Prayer is always the answer to that heaviness, as I call on God’s wisdom and ask for His will to be done in the situation. Then I try to let it go,” I sighed.

The remainder of our time together was joyful and filled with excitement about a new life of prayer. Before she left, Linda prayed a prayer of thanksgiving because her burden was gone. She talked to God straight from her heart not from a book of prayers.

After she left, I continued to think about our visit, and realized we did not discuss the hymns that we sing. Many of them are actually prayers put to music and they feed the deep needs of my soul. The well-known hymn, “Sweet Hour of Prayer” is a perfect example. I am encouraged as I sing its powerful invitation:

My burdens are not so heavy when I know that this hymn writer found relief from his distress and grief through prayer. An English lay person, William Walford, was the author of these beautiful words. He showed his work to a visiting clergyman from America and asked that he take the poem with him when he returned to his country.

So it was that  Rev. Thomas Salmon returned to his home in New York and immediately sent the lyrics to the editor of a newspaper. It was printed  in The New York Observer in September 1845. There is no doubt that many readers were touched by its simple but profound message.

However, it was a musician who made the difference in the poem’s travels through the church worldwide. The lovely tune was composed by one of the most outstanding musicians of his day, William B. Bradbury.

Oh God, we thank You for wanting to express Your love to us from our birth. We come in humble adoration that You make this possible with the living presence of Jesus Christ our Lord. It is an honor to talk to You in prayer and to sing to You in prayer. It is too marvelous for words, so we softly sing a loving “Hallelujah.” We pray in Jesus name. Amen.

Lucy Neeley Adams has always loved music. She began telling the story of hymns on Christian radio WWGM in Nashville, TN, in the ’80s. She then wrote a newspaper column titled “Song Stories” for five years. During that time Lucy’s book, 52 Hymn Story Devotions, was published by Abingdon Press in Nashville. Each of the 52 stories contained in the book is written in a devotional format, with the words of the hymn concluding each devotion. Lucy lives at Lake Junaluska, NC, with her minister husband, Woody. They have four children and fourteen grandchildren. She may be reached for comment at [email protected]. Visit her at 52hymns.com