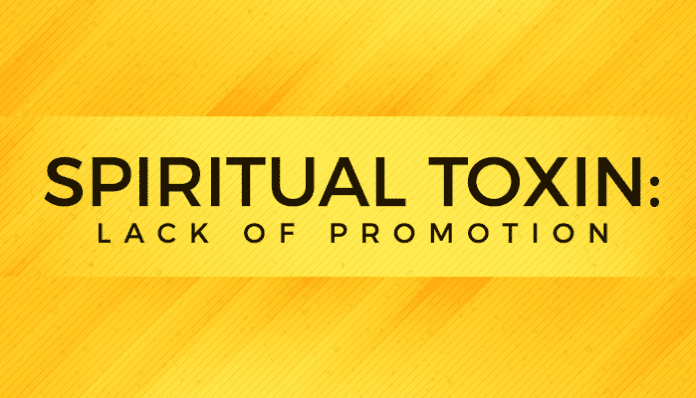 Solutions 23 I am one of those gals who do all their shopping online. I research, compare, read reviews and then make my final purchase choices. I will never forget the day, years ago as a new online shopper, when I noticed the tiny text field at checkout preceded by the phrase enter promo code. I quickly Googled it to see what it was and discovered a whole new world of price cuts and discounts. With little effort, too. You just Google the name of the online retailer, and you will find promotional codes, if they exist. It is as easy as copy, paste and save. For someone like me, that amounts to huge annual savings. Retailers do this because they know they can reach customers like me and stimulate sales through these types of promotions.

Would not it be wonderful if promotion in life worked the same way? Just enter a code and promotion comes your way? Well, what would you say if I told you that is how it works?Let’s look first at what the word promotion means. The term promo is a 1960s abbreviation of promotion. But the word promotion itself is a combination of late Middle English words: In Latin promot means “moved forward”; promovere comes from pro meaning “forward, onward” and movere, which means “to move.”

So we see that the word promotion actually means “to move forward.” Sort of the way a promotional code prompts you to move forward with an online sale. Except in real life, the forward motion affects whatever is at stake: your job, relationships, health, etc.

So have you ever felt as if your life is more anti-motion than pro-motion? Is there something you can do to get more substantial pro-motion? Let’s see what God’s Word says about it.

3. We are to work unto God and not just for promotion by man: “Whatever you do, work heartily, as for the Lord and not for men, knowing that from the Lord you will receive the inheritance as your reward. You are serving the Lord Christ” (Colossians 3:23-24).

4. Promotion comes after we humble ourselves: “Humble yourselves before the Lord, and he will exalt you” (James 4:10).

7. A lack of obedience can lift promotion from your life: “So when Ahijah heard her at the door, he called out, ‘Come in, wife of Jeroboam! Why are you pretending to be someone else?’ Then he told her, ‘I have sad news for you. Give your husband this message from the Lord God of Israel: “I promoted you from the ranks of the common people and made you king of Israel. I ripped the kingdom away from the family of David and gave it to you, but you have not obeyed my commandments as my servant David did. His heart’s desire was always to obey me and to do whatever I wanted him to”’” (1 Kings 14:6-8 TLB).

8. Good things come with true promotion: “Then the king promoted Daniel and gave him many great gifts, and he made him ruler over the whole province of Babylon and chief prefect over all the wise men of Babylon” (Daniel 2:48 NASB).

9. The promotion of good people means everybody benefits: “When good people are promoted, everything is great, but when the bad are in charge, watch out!” (Proverbs 28:12 MESSAGE).

10. When the godly are promoted, God is promoted: “Then Nebuchadnezzar said, ‘Praise be to the God of Shadrach, Meshach and Abednego, who has sent his angel and rescued his servants! They trusted in him and defied the king’s command and were willing to give up their lives rather than serve or worship any god except their own God. Therefore I decree that the people of any nation or language who say anything against the God of Shadrach, Meschach and Abednego be cut into pieces and their houses be turned into piles of rubble, for no other god can save in this way.’ Then the king promoted Shadrach, Meshach and Abednego in the province of Babylon” (Daniel 3:28-30 NIV).

I leave you with this blessing from Psalm 20:4: “May he grant you your heart’s desire and fulfill all your plans!”

Laura Harris Smith is a certified nutritional counselor and the founding co-pastor of Eastgate Creative Christian Fellowship in Nashville, Tennessee with her husband, Chris. Visit lauraharrissmith.com to learn more.