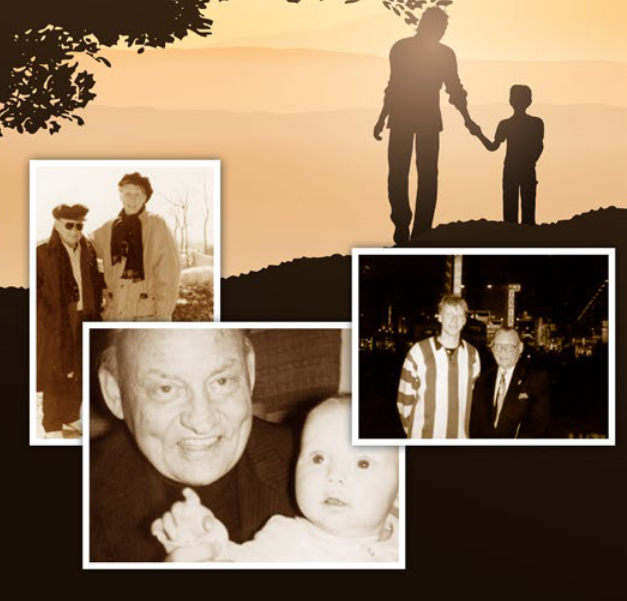 Long ago, in a galaxy far, far away..

The Creator of the universe decided that He wanted to create a man in His image and likeness. From that man, the Creator took a rib and created women as a help meet for him.

It was in the Garden of Eden that we see God’s original plan, before the fall, to fellowship with man, to partner with man to fulfill His purposes on the earth.

Throughout Scripture we see how the Lord chose people and their families to accomplish His purposes. There are so many of them that we couldn’t possibly cover them all in this article.

Adam, Enoch, Noah, Abraham, Joseph, David, Isaiah, Jeremiah, John The Baptizer, Jesus himself…All of them with a specific message, a specific mission. Many times, most times in fact, the mission laid out by God was something they could not do on their own. Each of them faced impossible odds.

Noah, building a boat and there’s no rain. People didn’t even know what rain was then. Abraham, on a journey of faith into a land of promise that was beyond his scope…and the promise of a son, an heir, when he was physically beyond the age of producing a child. Gideon’s 300 against an enemy of 100,000…Really,

God? David, the shepherd boy, against Goliath, the dreaded champion of Gath.

Whether it was the actual circumstances facing these heroes of faith, or prophetic promises of what was to come, it all seemed outside their reach. But God seems to like it that way, so that He gets all the glory and praise. Not only were all of their accomplishments beyond their abilities, but some portions of the promises they received were not to be rendered in their lifetimes, but were a part of “God’s Family Plan.”

There are so many amazing names that God uses to describe Himself, His character and nature. But He chooses to work through individuals and families so much that this God of the universe decided to also be known as “The God of Abraham, Isaac and Jacob.”

When God wanted to touch the earth, he raised up a man named Abraham and gave him a son. There is so much teaching that we could go into about the importance of knowing your identity in the family of God.

But there isn’t time for all that here. My main reason for noting this is that the Creator of the universe set forth a model, a prototype of the family of God in heaven, now on earth. Only if Isaac could understand the concept of the Father’s love could he pass on the legacy to his sons and continue the process of this legacy into future generations.“

We all leave a legacy, but the real question is this: “Is it a legacy that brings blessing to future generations?”

It has been a privilege to be raised in the Sumrall Family. Our family comes from several generations of ministers. As a matter of fact, I have ministers in both sides of my family for four generations. I didn’t stand much of a chance running from all those prayers and God’s call on my life.

I’ve been privileged to minister in 40 countries over the last twenty-plus years. I’ve served in many capacities in the local church and shared on a daily TV program on one of America’s largest Christian broadcasting networks.

So I was raised in and around the ministry my entire life. Growing up in and around ministry you have the privilege of serving God’s people, but sometimes you see the good, the bad and the ugly.

Oral Roberts was a close friend of my grandfather. Once I had the privilege of hearing him share. One thing he said really stuck out to me: “The spiritual is practical and the practical is spiritual.”

When it comes to the concept of Legacy and partnering with God’s multi-generational calling on your family, relationship is the key.

Many ministers get so caught up in their anointings, giftings and abilities that they can be blinded to the practical.

First and foremost I believe the Lord wants us to know our identity as sons: to know His love, His validation, His acceptance, His correction, and His blessing over our lives.

When you are filled up with all that He is–your true identity as a child of God, an heir in His kingdom–you realize your gifting is a bonus, an endowment on the solid foundation of your identity in Him. Then as a son, life flows through you to be a better husband, father, friend, minister, etc.

While I fully believe in those realities, I’ve personally witnessed internationally renowned ministers, who wanted to pass on a blessing to their children. They laid hands on them. They prophesied over them, deeply and sincerely desiring to pass on the anointing they had experienced and walked in. Sadly there was a deep disconnect….their relationship. They were so anointed that they couldn’t take their son to a sporting event, or go fishing with him. They never took the time to build a relationship, to build a family. They got so busy in the work of the Lord that they thought everything else wasn’t spiritual enough.

Either they had dysfunctional relationships with their fathers, or other experiences with a ‘spirit of rejection,’ and this unfortunately contributed to a serious issue in connecting with the next generation. Some leaders are like Saul: insecure about helping to raise up the next generation of leaders. This type of succession plan is not a succession plan at all. Leaders must not merely choose their children or they can fall into the same trap that Eli and even Samuel did. Let the Spirit lead you to the one who will be your successor. It’s important to start the process so that you can actually walk with them and mentor them to avoid the mistakes you made. That way, the wisdom you’ve gleaned can be passed on. Bless them, lead them, but don’t micromanage them.

Here are some practical questions for your family and your ministry: Do you have a written will? Do you have a succession plan? It is so sad to see ministries that took fifty years to build crumble because there is no order in the house, there is no plan.

I could share more, but I think what I’ve shared is significant. Be authentic, be relational, get a succession plan and let God’s multi-generational plan shine through your life. You have an important role to play, but it doesn’t end with you.Leave a legacy. Future generations will appreciate it and learn from your example.

Lester Sumrall is a third generation minister and visionary. For almost 20 years, he has shared a message of destiny, purpose and hope in 40 countries of the world – fulfilling the purpose of God’s Kingdom by changing hearts and lives.

In the early 1990’s, Lester gave up a college basketball scholarship to obey God’s call on his life, a journey which took him to Scandinavia where he attended Word of Life Theological School in Uppsala, Sweden.Upon graduation, Lester travelled alongside his grandfather, Dr. Lester Sumrall, doing ministry and relief work around the world. Soon after, he earned a degree from Oral Roberts University’s School of Business.

In 1997, he founded Lester Sumrall International, and has since continued in the legacy passed to him of missions, ministry and media. Lester Sumrall is currently based near Chicago where he lives with his wife and 4 children.