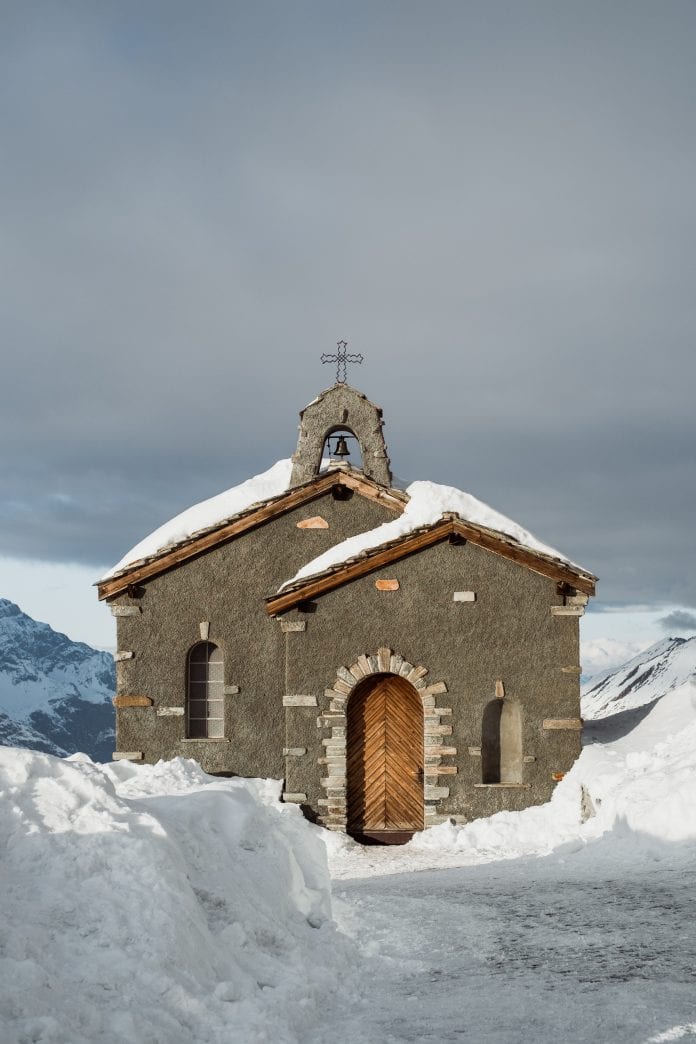 This is coming to you from a man who has just passed through the valley of the shadow of death. It’s as if I had been in a deep coma for the last several years. My family and I watched my life whither away from fighting a hellish attack of cancer. The treatments had consumed my mind and body. Given just a few days to live, I was rapidly slipping into eternity. Millions prayed, we viciously fought, and the Lord touched.

Now, fully alert, I am consumed with what I see and hear. It’s as if I’ve been translated to a different place and time. The surrounding spiritual darkness is beyond any childhood nightmare. In just a few short years sin has become rampant worldwide and the church seems to be nodding in approval. I am heartbroken over the blindness of billions.

I’m not going to cast blame. Satan is ultimately responsible for every demonic act and every seductive teaching that has made it’s way into the Church.

Tears are pouring from my eyes as I attempt to share what’s burning in my heart. The Lord imparted a spiritual revelation to me just a short while ago. It was so true to life, so clear, and so beyond anything that I’d ever seen or heard.

Since my close call with eternity just a short while ago, everything has become clearer. I can hear His whisper. Unabated obedience has become my mandate. That is why I’m writing this word from the Lord.

A few days ago, after enjoying quality time with Jesus, I was surprised by an alarming vision. I saw a massive, majestic mountain covered in glistening snow. It reminded me of the Matterhorn in the Swiss Alps. Its peaks were sparkling white, and I was amazed by God’s attention to detail. It was so realistic I wanted to go skiing! But I sensed there was more that the Holy Spirit was about to reveal.

As I closed my eyes, the entire mountainside sparkled with lights. I was in a winter wonderland bustling with thousands of vacationers. The ski lodge, condos, hotels, and cabins were at full capacity at this popular resort. The visiting five-star rich, the indebted middle class, and the locals who scrubbed the floors were all part of this picturesque parade.

I began to discern the details. The excited skiers were not anticipating any danger. And why should they be? They had invested hard-earned money to be at a safe, highly recommended, popular family resort.

The Christian faith is almost identical. Innocent lambs have joined churches, paid their tithes, volunteered, and fellow shipped all based on a naive trust that the leadership is everything it purports to be. They love the entertainment and enjoy the spoon-fed meals. Meanwhile snow continues to cover the mountain.

Day quickly turned to night. The skiers, snowboarders, and sports enthusiasts were settling in. Anticipation grew as the snow began to fall. It seemed that everyone headed to bed believing tomorrow would be a day of sheer enjoyment on freshly covered slopes. For an avid skier the exhilaration of being the first one to race down a new blanket of snow is a dream come true.

Throughout the night winter storms dropped several feet of new snow on the slopes. The night ski patrol was put on full alert. Their mission was clear. With the potential of killer avalanches occurring, they quickly took to their posts. Most readers are familiar with the word avalanche. By definition it is “a sudden overwhelming appearance and deluge of snow, ice, and mud.” It comes from a French word that means “to fall or let down.”

I began to weep as the vision, along with its spiritual application, continued to unfold.

The ski patrol operated like a well-trained platoon. Some boarded helicopters manned with small bombs; others jumped on snowmobiles loaded with handheld explosive devices. What seemed to be a strategic group of sharpshooters were stationed at the base, maneuvering anti-tank weapons aimed at the snow-covered peaks. They fired their weapons at strategic points in the avalanche zone to force avalanches before the snow accumulated to a life-threatening depth. Left unchecked, the accumulation of heavy, dense snow packed on top of lighter snow could easily slide down with incredible speed and force, resulting in enormous damage and loss of life.

The Lord began to speak. I trembled.

The fresh, new snow represents false teaching that is steadily falling on the ears of the body of Christ. It has been, and is, a heavy snowfall. The skiers represent believers and nonbelievers trusting the resort for a safe and memorable experience. As Christians we have been warned in Scripture: “Be sober, be vigilant; because your adversary the devil walks about like a roaring lion, seeking whom he may devour” (1 Pet. 5:8). However, several currently popular, awe-inspiring teachings have lulled many into a deep sleep.

Layers upon layers of snow have been steadily covering the solid, traditional truth of Christ. God’s Word tells us that foolish teaching in these days will become so fashionable even the most dedicated believer can become deceived. “For false Christs and false prophets will rise and show great signs and wonders to deceive, if possible, even the elect” (Matt. 24:24). It’s happening before our eyes. One spiritual leader said the other day, “You guys are old-fashioned ‘holiness.’ We are modern-day ‘grace.’ You live in bondage, while we can do anything we want.”

Pastors and teachers worldwide have succumbed to heretical teachings, including universal reconciliation, deification of man, challenging the validity of the Word of God including His judgments, and even lifting any boundaries, claiming His amazing grace is actually “amazing freedom.” You are free to live according to your own desires. Sound familiar? “In those days there was no king in Israel; everyone did what was right in his own eyes” (Judg. 17:6). Many popular, self-proclaimed ministers of the gospel are covering the slopes and will be held accountable for the spiritual death of millions.

Just as the ski patrol did in this vision, those who are aware of what’s happening must take swift and accurate action. Their weapons of warfare must be aimed at the peaks and the avalanche terrain to dispel the lies. Apostles, prophets, evangelists, pastors, and teachers must be willing to drop spiritual bombs, fire anti-heresy missiles, and even drive into the danger zones armed with explosive truth to confront this potential avalanche. The spiritual generals of this generation must leave the war room and put their years of experience on the front lines.

Friend, I humbly encourage you to heed this vision and take it before the Lord. This is not just Steve Hill telling a story. I’ve written it just as it was given, and I’ve expounded the details in this book under the direction of the Holy Spirit. My responsibility is to share with the body of Christ His words to me. The ears that hear and the hands that obey are out of my control.

Satan is “snowing” the saints, but it can be stopped. In the vision I heard explosions. I saw dedicated Christian soldiers scrambling to do anything it took to bring down this avalanche before devastation occurred.

One of the most powerful weapons we possess to combat this onslaught is the tongue. Let God set yours ablaze by preaching “all the words in red.” (I’ll explain what I mean by this in chapter 13.) If we take action now, the result will be a tearing down of false teaching and a remaining layer of solid, God-given, biblical instruction that will save the lost, heal the sick, and strengthen Christians to do the true work of the ministry.

Note: This article was adapted from Steve’s new book, Spiritual Avalanche, The Threat of False Teachings that could Destroy Millions published by Charisma House. Used by permission. Spiritual Avalanche is available through stevehill.org or wherever books are sold.