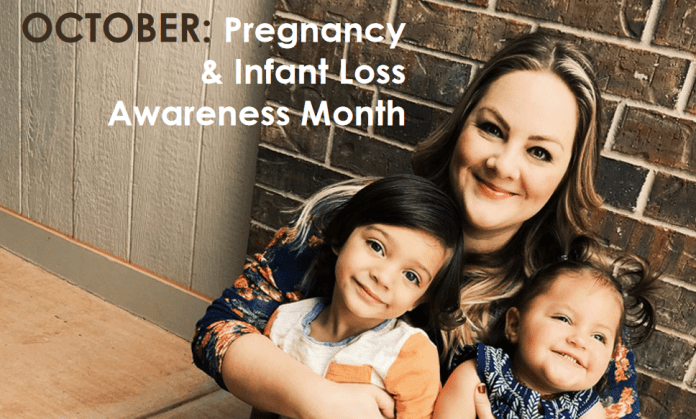 I always thought it would be easy, my journey to motherhood. Like most I presumed it would come naturally and was perplexed when it did not. What was wrong with my body? Why wasn’t it doing what it was created to do? Why were my prayers seemingly hitting the ceiling? I didn’t understand any of it. Little did I know then, my motherhood story was merely just beginning.

I remember it well, a month into our marriage when we had a pregnancy “scare.” My husband Joel and I were newlyweds, in the early stages of marriage. We had not even unpacked all our wedding gifts when I began to feel nauseated and my cycle was late. Couple that with the fact that my mom got pregnant with me accidentally in her first month of marriage, I simply believed the same was happening to me. The only problem: we did not feel ready. We were living in a tiny one-bedroom Bronx apartment, and still learning about one another. The timing felt off. I was relieved when a pregnancy test eventually showed a minus sign. Crisis averted.

That test would come back to haunt me in many ways. A year into our marriage we decided we were ready and started actively trying for a baby.

A year passed by, then another, then another, still no baby. I thought back to my pregnancy “scare” early on in our marriage and kicked myself at the relief I had felt when the test was negative. Now I would give anything for a test that was positive. Instead I was getting nothing but negative results and going from doctor to doctor, with no answers as to why we weren’t able to conceive.

We finally received a diagnosis of “unexplained infertility” which really is not a diagnosis, but a mockery. They did not know why, but my body just wasn’t cutting it. All along I yearned to be a mother, but it seemed as if my dream might never become a reality.

After four years our doctors recommended In Vitro Fertilization (IVF) and we wholeheartedly agreed. We readied ourselves financially, mentally and prepared to dive in. Yet we were derailed before we could even begin by my husband’s unexpected cancer diagnosis. Nothing else mattered but fighting for his life so that we could eventually pursue our greatest hope, starting our family.

My husband fought for a year, the cancer went into remission, and then, five years into our journey, we were finally ready to move forward with IVF. On our first round we were able to get four embryos, of which they implanted two. I will never forget the day an ultrasound confirmed the success—I was pregnant with twins! Our prayers were answered and our dream realized. We were over the moon with excitement!

An IVF pregnancy differs from a typical pregnancy in that you have regular, early ultrasounds to keep a closer eye on your progress. Week after week we would go in and see our twins steadily growing. We saw arms, legs, wiggles and steady heartbeats—life—healthy, thriving life. We were so thankful.

The time came for our 11-week ultrasound. We were one week away from breathing a sigh of relief and sharing our news with the world. The doctor began the procedure and I immediately knew something was wrong. He quickly found baby A, but when he got to baby B his face fell. The heartbeat was gone. My baby was gone. It was a case of a vanishing twin, he told us. Both babies aren’t strong enough to make it in the womb, so in essence one baby gave its life for the other. Our hero baby.

My heart was shattered at this loss. I wept as I sat in the cold room, my husband holding my hand. How could my child just vanish? It was healthy and growing. Our baby was there just last week and now it was gone. Along with our hopes and dreams, the life we had pictured raising our twins side by side.

In the weeks following I grieved the loss of my child intensely. We had wanted this for so long; it was gut wrenching to have this dream ripped away from us. I was in a dark place and did not know how to find the surface once again.

Eventually I had another scare, this time in thinking I had lost the second baby. A massive bleeding event led to a Christmas Eve hospitalization and the fear we were losing our other child. I wept and prayed, begging the Lord to save our baby. I will never forget the moment they slowly moved the paddle over my belly. There we saw it: boom-boom-boom, a heartbeat. Life.

In that moment I knew I would always grieve our loss, but I had to begin fighting for the life that remained. And fight I did. When my son Milo was born six months later, his cry as he emerged from my womb was one of victory. He had been through so much; we had been through so much, yet our dream had finally come true. We would move forward, but the child we lost would forever be a part of our story, always loved, never forgotten.

A year later my husband lost his life after the cancer returned and spread. My heart was once again broken into a million pieces. Yet in my brokenness there was one thing I held onto. When my husband stepped into eternity, there was someone waiting for him, our beautiful hero baby.

My husband who wanted so badly to be a Daddy on this earth did not get his dream…here. But in Heaven, they are both healed, both whole. Most important, they are both together, my child being held by Daddy waiting for the moment Mommy will have her chance. My husband got his dream and, in a large way, because of that truth, my heart has its peace. I know, one day, we will all be together again. In that moment I will see, with my own eyes, every feeling of loss and pain, every last bit of ashes, turned into something more beautiful than I could ever imagine.

Sarah Rodriguez is an author, speaker and blogger at www.journeyofsarah and the Huffington Post. She is the founder of the Choose Joy Project, a “random acts of kindness” initiative to honor the life of her late husband, Joel. Her life’s greatest role is that of Mommy to Milo and Ellis. Sarah is a one-time NYC transplant who now makes her home in Oklahoma, where the best sunsets on earth are found. Her memoir, From Depths We Rise, is available October 1st at Amazon.com.