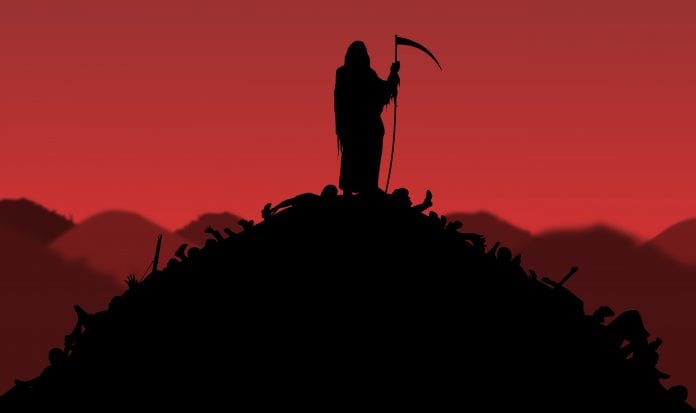 There are two descriptions of hell in the Bible. One is of a burning fire. Jesus often used the word GEHENNA to describe hell. Gehenna was the refuse dump outside Jerusalem that was always on fire. Jesus said hell was a place of worms, maggots, fire, and trouble. From that we get the image of a lake of fire and the concept of perpetual burning. The evil ones there are full of remorse and torment (see Mark 9:43-48).

Jesus also said that hell would be “outer darkness.” He said that some in His day “will be cast out into outer darkness. There will be weeping and gnashing of teeth” (Matthew 8:12, see also Matthew 22:13). Here the image is one of terrible loneliness. There will be separation from God and man. Those who are consigned to hell will be put out into the inky blackness of eternity, with nobody to turn to, nobody to talk to, and they will be constantly alone. They will suffer the remorse of knowing they had the opportunity to come into heaven with God but turned it down.

The Bible speaks of a lake of fire reserved for the devil and his angels (see Matthew 25:41). Human beings were never intended to go into hell. But the ones who choose to reject God will one day follow Satan right into hell.

There will be no exit from hell, no way out, no second chance. That is why it is so important in this life to receive the pardon that God extends to all men through the cross of Jesus Christ.

HOW CAN GOD SEND PEOPLE WHO HAVE NEVER HEARD OF CHRIST TO HELL?

God does not send people to hell because they never heard of Christ. He sends people to hell because they have sinned. The judgment for sin will be in relationship to how much they knew. To phrase it another way, it is action in light of privilege. A person living in America has maximum spiritual privilege. Therefore the spiritual standard for America would be the gospel of Jesus and everything in the Old and New Testaments. But someone who grew up in an uncivilized jungle might be held to account for the fact that something in his conscience told him there is a Creator worthy of his worship. The Bible says his conscience will either accuse him or excuse him on the day of Jesus Christ (see Romans 2:14-16). God is not going to condemn people if their own consciences excuse them. Regretfully, every human being has sinned against his or her own conscience.

God does not judge people for failure to believe in Jesus, but because they are sinners. The problem is that “all have sinned and fall short of the glory of God” (Romans 3:23). For those who have received Jesus Christ as Savior, there will be forgiveness and mercy.