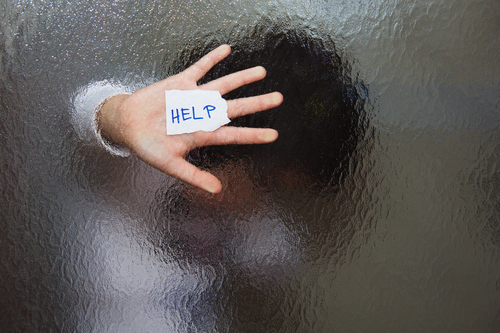 God calls spouses in Christian marriages to love each other like Jesus loves them: unconditionally and completely. Marriages between believers are supposed to be characterized by kind words and actions that reflect how two people made in God’s image cherish each other.

Yet a great evil lurks inside some Christian marriages: domestic abuse. Spouses who proclaim to love Jesus and have vowed to love the people they’ve married choose hate instead of love, sinning grievously against their spouses and God himself.

If you’ve suffered any form of domestic abuse – physical, verbal, psychological, sexual, or economic – you need to know that such mistreatment is wrong, and that God will help you break free of it. Here’s how you can break free from domestic abuse:

Call it what it really is. It’s important to acknowledge the reality of what has happened to you, as painful as it can be to do so. Domestic abuse (which is also called domestic violence, even when the abuse isn’t physical) is “a pattern of coercive, controlling, or abusive behavior that is used by one individual to gain or maintain power and control over another individual in the context of an intimate relationship.” Your spouse may abuse you through belittling behavior, such as: yelling at you, embarrassing you, insulting you, criticizing you, calling you derogatory names, ignoring or belittling your opinions or accomplishments, not allowing you to disagree, ignoring your feelings or ideas, or treat you like a property or a sex object rather than as a person.

Your spouse may abuse you through controlling behavior, such as: acting jealous or possessive, withholding affection as a way to punish you, trying to control where you go and what you do while demanding to know your whereabouts constantly, keeping you from seeing your family or friends, limiting your access to money or a vehicle, preventing you from working or sabotaging your job, or withholding basic necessities (like food and clothes) from you until you do what he wants.

Your spouse may abuse you through violent behavior, such as: physically harming you (hitting, kicking, slapping, choking, burning, shoving, shaking, dragging, biting, pushing, punching, etc.); throwing things at you; lashing out at you with an unpredictable temper; threatening to hurt or kill you, your children, or your pets, intimidating you with guns, knives, or other weapons; destroying your property or belongings; or forcing you to have sex. If your spouse is mistreating you in any of these ways on a regular basis, you’re being abused.

Reflect on your thoughts and feelings about your marriage. Another way to help you determine whether or not you’re being abused is to consider whether or not you’re experiencing these thoughts and feelings that abused spouses commonly experience: feeling afraid of your spouse’s temper most of the time; feeling afraid to disagree with your spouse; avoiding discussing certain topics out of fear of angering your spouse; feeling that you can’t do anything right for your spouse; believing that you deserve to be hurt or mistreated; having to justify what you do, where you go, or who you talk to in order to avoid your spouse’s anger; feeling afraid to leave because your spouse has threatened to hurt you, himself, or others (like your children) if you leave the marriage; missing family and friends that you can’t see without making your spouse jealous, wondering if you’re crazy, and feeling emotionally numb or helpless.

Be assured that the abuse is not your fault. Even though your spouse may blame you for saying or doing something to cause the abuse, the reality is that there is no mistake you could have made or sin you could have committed that would make you deserving of abuse. God says that you deserve to be treated with dignity, love, and respect. You never deserve to be abused, and you’re not to blame in any way for your spouse’s choice to abuse you.

Cry out to God in prayer. Choose to believe God’s promise that he cares about what you’re going through and wants to help you overcome it. Pour out your thoughts and feelings about the abuse to God in prayer, with the confidence that God is listening to you and will respond to your prayers.

Recognize that abuse occurs in a cycle. Even if your spouse abuses you only infrequently, the abuse is likely to continue, because abuse happens in a cycle in which episodes of abusive behavior are punctuated by periods of calm. Your spouse may be apologetic and affectionate in between abusive episodes, but unless he pursues healing for the root causes of the abuse and makes real and lasting changes, he is bound to abuse you again.

Face the fact that the only way for you to stop the abuse is to get out of the relationship. Ultimately, abusive spouses choose to abuse because of complex problems in their own mental and emotional health that are beyond their partners’ control or responsibility. So there is nothing you can do to make your spouse stop abusing you. Only God can change your spouse – and then, only if your spouse chooses to cooperate in the healing process. Since you cannot make your spouse stop abusing you, the only way to stop being abused when your spouse refuses to cooperate with God in the healing process is to leave your marriage. Keep in mind that your spouse has already broken your marriage covenant by choosing to abuse you. God will understand you leaving your marriage if you’re doing so to protect your safety and dignity, since God calls you to live in shalom (a state of wellbeing marked by harmonious relationships with God and other people). You should continue to pray for your spouse, but you don’t need to stay to suffer unnecessarily if he refuses to change.

Whitney Von Lake Hopler has informed and inspired many people through her writing. She serves as the Communications Director for George Mason University’s Center for the Advancement of Well-Being. Her work has appeared in many major magazines, newspapers, and websites. Whitney writes to empower people to live with well-being and wonder!