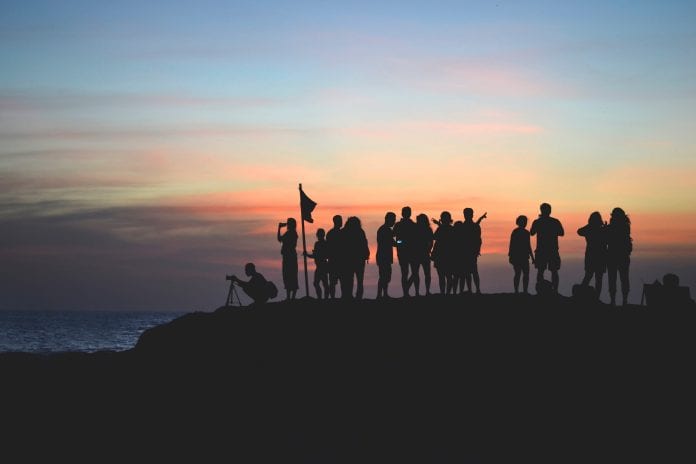 It has been said that the leadership of just two segments: For half of his life he was trying to stop God from killing the Israelites the other half God was stopping Moses from doing the same. This rings true of any leader today. Leading your staff can reveal a . There will be moments of grace, love mercy for them, only to be followed frustration.

While lead pastor, over the course of thirteen years, I hired a staff that grew people, pastors. The weekly attendance of 60 to 1,600. The church and still is, growing rapidly, which creates its own set of challenges.

I people, I frustration. I found myself identifying with Moses; and on many my intercessory prayer for my team was, “God, ?

After being together for several years, why are we still struggling with these dynamics?” If I am be honest, at the same time my team was probably seeking God and asking, “What does he expect from me?” I’m sure the frustration went in both directions.

As I allowed God to help me resolve these issues, this is what I discovered:

1. I Take Ownership and Responsibility for the Effectiveness of My Staff.

, frustration coupled with prayer, God led me through a little exercise that set me on a course that would eventually my entire team. While casting my cares upon God, I was challenged to list out my frustrations. It was as if God asked me, “What specifically are they doing that causes your frustration?” Finally, I felt I was given permission to vent and be honest. I frustrations to God.

I was so inspired that I pulled out a pad of paper and begin to list in detail the things I wished I could change. Minutes later, I leaned back in my chair and submitted my thorough list to God, fully expecting Him to bring revelation to each and every one on my team. Instead, His mighty but gracious finger pointed back to me with this question: “Have you ever specifically taught them and trained them in your expectations?” “Well, no,” I replied. “I would assume, by this time, that they would know and understand my expectations.”

In that moment of the revelation was given. As a leader, as a believer in Christ, one of my “ disciples”- a lost art in today’s world. , I responsibility that every issue I had listed was the result of my leadership or lack thereof.

2. As a Leader I had to Clarify My Vision and Expectations

Instantly my heart and focus shifted character and creating a culture for the team. I picked up the same pad with the list of frustrations, drew a line down the middle and began to list, on the right side of the page, whom I have worked. I created a list with this premise: “If I could start over and ‘magically’ create the ideal team, what would it look like?” Not specific people, but character.

Great excitement began to grow within me, because for the first time I clearly saw for myself what I wanted most from my team. I recalled some of the best characteristics I had encountered in people over the years and asked, “What is it about that person that I liked so much? What made him/her so exceptional?” The list was amazing! I was then able to group the entire list into just three character traits that I valued in leaders.

I came to realize that these three qualities were the very ones in which I needed to disciple my staff and, also, the very same qualities they needed to see in me:

3. As a Leader I had to Effectively Communicate My Vision and Expectations to My Staff

, they . I announced that I was going to be a week. I initiative, , seek out answers. I wanted them , , in . Then, , I areas mentioned above. Below are some general thoughts regarding these points:

21Then Jesus, looking at him, loved him, and said to him, “One thing you lack: Go your way, sell whatever you have and give to the poor, and you will have treasure in heaven; and come, take up the cross, and follow Me.” Mark 10:21 (NKJV)

; and although , He would only disciple those who were teachable. When people to Him, some (like the rich young ruler) couldn’t let go of their lifestyles, tend to matters at home first. Anyone who wasn’t teachable didn’t become part of the discipleship team.

. “tough things” because they know it results in growth.

Before any of us can attempt anything OUTRAGEOUS for the Lord, we must be sure that He is with us, rather than launching out on our own, hoping He’s there.

Last year while training myself for a triathlon, I hit a wall and was getting frustrated. That led me to seek out a coach to train me. In order to grow, I had to subject myself to someone, to be willing to do extra laps when I didn’t feel like it, and to be corrected . I improve unless I was willing to give myself to this process.

A teachable heart owns its mistakes , will lead to greatness. It’s doesn’t deflect, blame, , but receives, applies, and grows.

23“His lord said to him, ‘Well done, good and faithful servant; you have been faithful over a few things, I will make you ruler over many things. Enter into the joy of your lord.’” Matthew 25:23 (NKJV)

things. It’s being on time to meetings; it’s following through on commitments as simple as responding to emails and phone calls in a timely manner.

It comes down to the question, “Can you be faithful and execute someone else’s vision?” Luke 16:12 (NKJV) says, And if you have not been faithful in what is another man’s, your own?

A faithful person can be given a task and the leader doesn’t need to . team what it means to be faithful, keeping in mind that you are their example.

made our but has proven to be vital. Honor is like love – you don’t demand it, you give it. Jesus never demanded but showed honor toward all to whom He ministered. Whether the woman at the well or the one caught in adultery–He showed . policy on our staff: always promote publicly and correct privately. In my personal life, whether in the corporate world or in ministry, whenever I showed honor, God moved on my behalf.

In Matthew 13:57 Jesus came to His hometown and because He was well-known there, the people were offended when He tried to instruct them. This resulted in His response, “A prophet is without honor in his own house.” on to say that He could do miracles there. The power and the move of God because there was a lack of honor!

We all have had difficult bosses, but we are still called to show honor. In 1 Samuel 24:6 David’s “boss” Saul, , David–a pretty stressful work environment. Yet David repented for merely cutting the edge of Saul’s robe and confessed to His team, “Who am I to raise my hand against God’s chosen?” Like David, when we work in a volatile environment, we need to watch the “water cooler conversation. ” We are still called to show honor, but sometimes we need to show it from a safe distance. Lack of honor hinders the power of God from moving in a ministry and team.

Through this time of discipleship which I’ve shared with my staff in these three areas, we have seen a significant culture shift among staff members; and it is also now obvious in the lives of many people who attend our church. I am convinced that it has been instrumental in the continued blessing of God upon our congregation. It also has the potential to be positively influential among your staff and church as well.