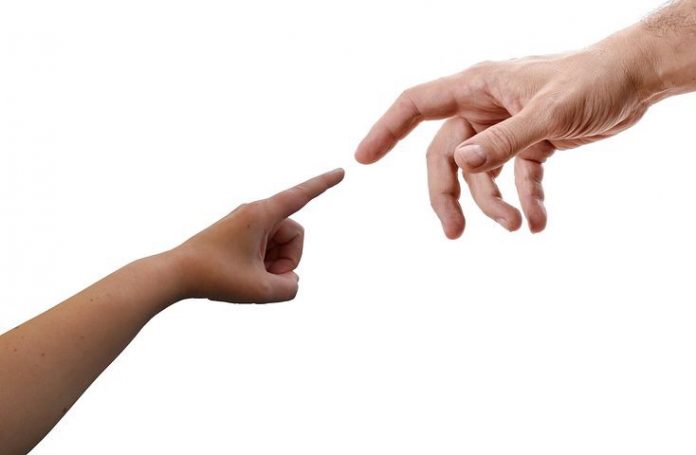 When was the last time you changed jobs? Moved?

Or, recruited someone, asking them to join the Upheaval Club, leaving everything behind to join your team?

We live in difficult times — especially difficult when it comes to hiring people. The Pandemic changed almost everything in life, corporate, ministry and personal. The HELP WANTED signs are everywhere these days. From flipping burgers to top end businesses to ministries. The burning desire of many for employment has ebbed more than a little.

Myriad hiring strategies have been explored during the past few months. Plenty of ideas to recruit the best employees for your enterprise. But I’d like to explore God’s recruitment strategies. Those may be applicable for the True North leader who needs to hire team members or, may be recruited by others and needs God’s wisdom to discern His will in the situation.

Take a sampling of God’s well-known recruits and let’s examine His process. What was the Divine’s best sales pitch to entice each to join His team?

· Abram (later, Abraham) — BIG promises (innumerable offspring, as many as the stars in the sky and the grains of sand at the beach).

· David — Shocking anointing scene for a teenaged shepherd and the promise of a dynasty.

· Daniel & his buddies Shadrach, Meshach and Abednego — high positions of authority yet challenged by naysayers and jealous colleagues; thrown to death (fiery furnace and lions’ den).

· Simon (later, Peter) — simple technique: walks by his boat and says, Follow Me!

· Matthew — same one-liner, but this guy was not fishing on the lake. No, he was a detested collector of taxes for the Romans.

· Saul (later, Paul) — a little more dramatic. Light from heaven. Knocked on his butt. Blinded. In my business we call those precursory events, foreshadows.

What does each have in common? God’s initial calling, while glorious, mysterious or dramatic, was merely the beginning of what each True North leader would face. Each would live through adversity, upheaval, imprisonment, torture or martyrdom.

What a great job, God. Recruit me next, please!

Well. That’s what He’s doing with all of us at one time or another. Right?

Let’s dig into five recruiting strategies God often uses when He calls us into His service. Or, for that matter, into a new job or ministry. Beware: Wimps need not read further.

For our purposes here, we’ll add Moses to the list (above) of God’s recruits. “Turn in your Bible” to chapters 3 and 14 in Exodus. We find Moses, living in exile after murdering an Egyptian and fleeing the only home he’d ever known. He’s now 80 years old. (Feeling better about yourself already?)

Like young David when he was recruited, Moses is tending sheep. For his father-in-law. My, how the mighty have fallen. The banished Prince of Egypt who spent his first 40 years living in the luxury of the most powerful leader of the known world’s palace — being groomed for a top leadership role — is completing his second 40-year stint as a stinky “leader” of sheep. (Another bit of foreshadowing here: stinky stubborn human followers are next.)

On a day like all other monotonous days in the desert, Moses’ sheep led him to Mt. Horeb (another bit of foreshadowing — Horeb, also called Sinai) where he encounters a bush on fire. A bush that doesn’t burn up and blow away with the heated sciroccos of the day. God welcomes Moses to remove his sandals and then begins the recruitment process that saves an entire nation.

You know the rest of the story. If you don’t, watch the movies or read the book of Exodus. But now let’s jump ahead to Chapter 14. This part of the story finds a million ex-slaves stranded on the edge of a huge body of water blocking their escape from the charging Egyptian army hell bent on dragging them back to work.

See if any of these emotions have overwhelmed you on the precipice of a new job, move…any new venture: Panic! Fear! Recrimination! Buyer’s Remorse! Exodus 14:10–12 will be highly relatable for you, then.

Press pause. Now, back to God’s recruitment strategy with Moses. And, most likely, with you.

God recruits for His Own Glory. Secularly, glory is defined by Merriam-Webster as praise, honor, or distinction extended by common consent; worshipful praise, honor, and thanksgiving. Need a connective link here, right? We glorify God in ALL we do (1 Corinthians 10:31) with our life, our behavior and our attitudes. God recruited Moses to glorify Himself and introduce Yahweh to His chosen people (remember, they had 400 years not knowing God. So, why should they trust Him now?). He was glorified in delivering this vast tribe from slavery and returning them to their promised land.

How does God get glory recruiting us? Bringing glory to God with our lives, wrote Jordan Standridge for Crosswalk, means that we are doing supernatural things that can only be attributed to Him. Application? Working, leading, directing, teaching, preaching in True North leadership styles — attached to the indwelling power of God’s Spirit.

God recruits to a specific and targeted people. Pretty obvious that Moses was called to deliver and then lead a particular tribe. A massive, stubborn, rebellious tribe. When God recruited you, did you have an understanding of the “to whom” you were being called? Was there a clear affinity with the new company? Had God already implanted a passion for a congregation or age group? In media, we call this the Target Audience.

The point here is simple: when God recruits, He has a divine purpose in mind for you, your work and your life. He knows where and for whom He needs you.

God recruits according to your gifting. What were Moses’ gifts? I mean, really. All he did was argue that God was way off base back at the Burning Bush Recruitment Office. Who am I? What happens when they don’t believe me — or worse — don’t believe that you even exist? But, I stutter. How can I persuade a million people, not to mention the most powerful ruler on earth who, BTW, hates me?

But God saw something in Moses, right? In fact, He had been preparing him for 80 years and this was Moses’ time to lead. What was it God saw in Moses that he couldn’t see in himself? Moses worked hard for the underdogs. Remember, he saw his own people abused as slaves (albeit, from the comfort of the palace). He killed an abusive Egyptian overlord. He went out of his way to care for his sheep. He had learned humility. And in the process, gained a gravitas and confidence in God that would serve all the Israelis well.

Back to you. When God recruits, He has a divine purpose in mind. Oh, right. I already said that. It’s true again. God has baked into you a lifetime of experience, expertise, knowledge and we hope — wisdom. All needed with specific application to this new position of leadership.

God recruits to sacrifice. Moses had no clue. Neither do we. The tricky and frustrating thing about God’s recruiting efforts is that He rarely (never?) is fully disclosing. He doesn’t warn us about all the deserts, scorpions, deprivations and bad bosses ahead.

Why not? Well if He did, why would we need Him and His presence every day? Why would we require faith? Follow this link for a quick reminder of the Faith Chapter. What He does do is PROMISE to be with us — especially in the new area to which we’re recruited. In every situation and trial. ALWAYS.

God recruits to unite leaders. He realizes we can’t do anything alone. Certainly not without His presence. But also knows that we need one another. Iron sharpening iron…that’s one thing. But think of Moses. He had exhausted his leadership ideas until his father-in-law came along to teach him the vital skill of delegation. Re-read the story in Exodus 18. God united two leaders to preserve his people and purposes.

God is most likely recruiting you to serve alongside another leader. Perhaps your new boss? New board of directors? Colleagues? Someone or some group of leaders whose gifts compliment yours and will be vital to the successful accomplishments of the task to which you’re being recruited. Remember the V-D-M model? Definitely worth a refresh on that one.

That’s the good news. Full disclosure? Here’s the not-so-good news: you may never see your dreams and vision accomplished, even in the new place to which God is recruiting you. Why would any of us find more success than the Holy Hall of Faith folks? Earlier in this blog, I linked you to Hebrews 11. It’s encouraging to be reminded that God recruited very normal people (like us) for His Glory. To specific people and tasks. To use their unique gifts and to unite with others to accomplish the mission, yet NOT ONE OF THEM saw the final fulfillment of the dream. The author says, they were all commended for their faith, yet none of them received what had been promised (v. 39).

Right. We are recruited. Called. Empowered. And delivered to the “job site” divinely. God provides all we need to accomplish His plan. For His Glory!

A Tale of Three Kings. A Cautionary Warning for True North...