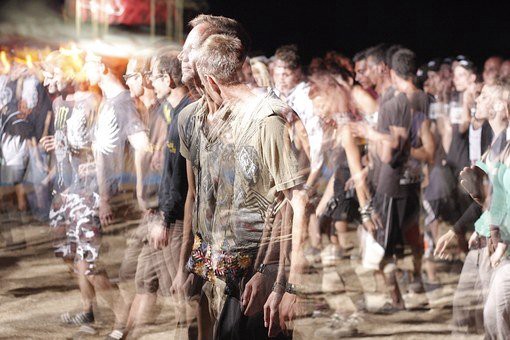 Who I am today may not be who I am tomorrow. Change, grow and adapt with me as my identity will always be evolving. — Anonymous Gen Z’er

I’m back in a world surrounded by the global and omnipresent Generation Z.

Consequently, as is often the case with these blogs’ topics, I decided to write about the globe’s largest “club” (at least in general demographic terms) and why their presence and imminent arrival into your professional world might necessitate a quick primer for the True North leader.

Translation required? If those hot phrases are meaningless to you, check this out, GenZ Made Easy. Now, let’s be honest. Every generation has created its own proprietary slang lexicon. But somehow the Zs are owning the language transformation race so far.

What other generalizations might we make of this largest people group on the planet?

· Digital Natives. They’ve never NOT known a cyber world. And they’ve always been connected to it.

· Diverse. They are the most racially and ethnically diverse generation ever.

· Financially focused. They witnessed the collapse of 2008 and are committed to living without want.

· Curious and skeptical. They double check everything. Their digital native status includes an insatiable appetite to confirm, affirm and learn. And all, online.

· Entrepreneurial. Happier — often — to be their own boss. Leery of established authority figures. Want to drive their own future successes.

· IWWIWAIWIWAHIWI (translation: I Want What I Want And I Want It When And How I Want It).

· Customizers. Of everything. My world, my way. Yet ironically — as with all previous generations — fitting in and wearing the right “uniform” is instinctual.

The list could go on. And if you google just about anything on Gen Z, millions of returns appear instantly. Innumerable analyses, concerns and projections. But as you read through these lists, you may be prone to think, these descriptions fit ALL generations so far. And often, you’ll be right. The difference is, this cohort is so large and so immersed in the cyber world, everything they touch, read and opine on, is exacerbated.

But I realized, as I zoomed out (good old fashioned TV term), that what may be driving this generation isn’t all that terribly different than what does, or should (?) drive all of us: discovering God’s great sense of AWE. The starting point for discovering our purpose, calling and passions in life.

Recently, SAP Insights surveyed 10,000 adults in the U.S. and Canada to determine how passionately they express opinions and on which issues. The finding of relevance here (follow the link to see the full article) is how much more passionate Gen Z’ers are on core issues.

Nancy Nessel, a Gen Z marketing expert suggests that “…this ambitious, independent and curious generation has begun to enter the workforce with an entirely new perspective on productivity and the role of creativity in the workforce. Raised during the digital revolution, Generation Z speaks a very creative language, one of visual images and bursts of content to meet their 3 second filter. Based on a study by Vision Critical, Gen Z is a generation of Culture Creators “that are redefining entertainment, consumption, the workplace and marketing” and they’ve created “Cultural Currency” that values creativity, shareability and uniqueness. The study revealed that 80 percent of Gen Z say finding themselves creatively is important. According to Vision Critical, 65 percent enjoy creating and sharing content on social media, while over 25 percent post original video on a weekly basis. Not only do they communicate creatively, they want to be highly creative in the workforce and enterprising in how they approach projects. Generation Z is highly focused on making progress in whatever they do, especially if it’s a creative project. AFDA calls this the “Creative Economy”, an economy where creativity replaces raw materials and other resources, and a movement where innovation, imagination, entrepreneurship and creativity drive professional and organizational development.”

They don’t have a biblical worldview.

Now don’t get too judgmental here. According to a recent Impact 360 and Barna study, your generation didn’t score so highly either:

Barna summarizes, Today’s teens are less Christian and more confused about moral and spiritual truth than ever. Our culture is deeply divided. But the source of that conflict runs much deeper than just geography, economics, or politics. It has to do with how people are answering the biggest questions of life. And their answers to those biggest questions are informed by their worldview.

Gen Z…is the least Christian generation to date. 34 % of Gen Z’s religious affiliation is either atheist, agnostic or none. In fact, teens 13–18 years old are twice as likely as adults to say they are atheist. And just three in five 13- to 18-year-olds say they are some kind of Christian (59 %).

So what does this mean for the True North leader contemplating the tsunami-like arrival of Generation Z?

Let’s get personal. My kids are Millennials. And one of the most damning explanations for this precipitous fall from Grace starts with them — maybe even earlier, with Xers. We believed that their attendance at church youth group was essential for both their spiritual and personal growth. After all, our own youth group activities focused on Bible study (quiz teams, anyone?) and spiritual formation studies.

Little did we realize, until much later, the pizzas, video games and entertainment glitz used to attract kids to youth group was the full extent of their spiritual formation. The time allotted to Bible study and relevant conversation was a small portion of the evening’s agenda.

OK. No need to compare youth group horror stories here. Suffice to say that the well-intentioned target audience focus (entertainment and cyber-world driven kids) left an entire generation, and sadly, the succeeding generation, bereft of in-depth, full-Spirit experiences. And now, we have 4% expressing a Christian worldview.

They don’t have one because they’re too often spiritually and biblically illiterate.

What strategies should be begin to employ to turn bad news into good news for Gen Z? First, let’s recognize, and hopefully agree on key matters:

· Pretending that kids from a Christian home are as devoted to following Jesus as their parents are (presuming the parents are truly devoted).

· Let’s agree to stop imagining that creating a “safe environment” far from the scary “secular culture” against which so many Christians rage and war actually vaccinates our children from reality. Not true.

· Let’s stop deluding ourselves that a watered-down, seeker-friendly, biblically-light Sunday morning experience truly makes Gen Z disciples (or disciples of any age, for that matter).

· Let’s face the fact: Christianity can handle the real world.

I recently produced a six-part docu-drama series on the history of Christianity, Inexplicable: How Christianity Spread to the Ends of the Earth. During the two years of immersion into our story, I regained a strong dose of reality about the Faith: no matter the persecution, the human and demonic strategies to derail it, or the chronological erosion brought on by 2,000 years, the truths of the Gospel not only survived but thrived. And do so today in (often) surprising locales around the globe.

· Sugar-coating, politicizing or dumbing-down the faith is NOT Christianity. And those strategies certainly don’t prepare future generations for resilience in the face of ever-increasing anti-Christian attacks.

How you prepare yourself and your organization or ministry for the new generation is important. In fact, I’ll suggest, vital to your sustainability and efficacy. We know, or at least should from experience, that God often raises up leaders with specific tasks focused on specific audiences (read: generations).

So, what do we know? We’ve learned that they’re passionate. Creative. Skeptical. Aware. Connected. Add to that list other descriptors and what emerges? In my mind, the perfect formula for a generation desperately ready to be Spirit-empowered in a way that utilizes every facet of who they are. In order to change their world.

And guess what? We won’t be the primary leaders for Gen Z. But I do believe we are called to prepare them. Equip them. And mentor them into resilient and thriving roles in their future world.

Let us pray. God, give all True North leaders wisdom and grace to lead our way out of leadership. Soon, we’ll all be leading from the back of the room. Not up front. Not on stage. Not from the corner office.