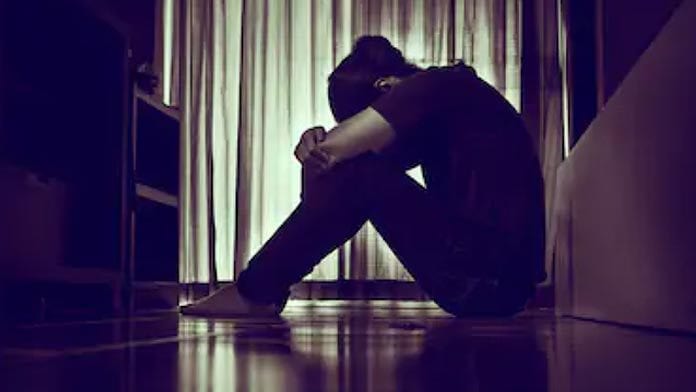 “Holding FAITH, and a good conscience; which some having put away concerning FAITH have made SHIPWRECK: Of is Hymenaeus and Alexander; whom I have delivered unto Satan, that they may learn not to blaspheme.” 1 Timothy 1:19, 20

the Lord lose their way and even some turn against Christ. One of the signs in the end-time Church is that there will be a great falling away. The Apostle Paul taught the early Church “Let no man deceive you by any means: for that day shall not come, except THERE COME A FALLING AWAY FIRST, and that man of sin be revealed, the son of perdition.” 2 Thessalonians 2:3

Jesus said concerning the last days, “And because iniquity shall abound, THE LOVE OF MANY SHALL WAX COLD.” Matthew 24:12

When you reject the faith of God . that these men “put away concerning FAITH”. You cannot allow sin in any form to enter into your heart. Our power is in our purity!

It is hard to imagine how you can go from the precious anointing of the Holy Spirit and the things of the Anointing and those who preach the Gospel of Christ. The Apostle Paul had this very experience.

“Alexander the coppersmith did me much evil: the Lord reward him according to his works; Of whom be thou ware also; for he hath greatly withstood our words.” 2 Timothy 4: 14, 15

Alexander became shipwrecked in faith. HE REJECTED THE PREACHING OF THE GOSPEL! You cannot Word of God! The Bible stands God.

There is a great storm that has Satan. I believe that it is also because is short and that Jesus will soon wrap up this age.

seems to be no more hope? All hope is gone. Some of you are in that place right now. There are four things in the Scripture that will help you come through every storm and not be shipwrecked in your faith.

“ fearing lest we should have fallen upon rocks, they cast FOUR ANCHORS out of the , Paul said to the centurion and to the soldiers “Except these abide in the ship, ye cannot be saved.” Acts 27:30, 31

The Anchor of Hope that which is every Christian has. Hebrews 6:18, 19 reminds us “that by two immutable things, in which it was IMPOSSIBLE for God to lie, we might have a strong consolation, who have fled for refuge to lay hold upon the HOPE set before us: Which HOPE we have as an ANCHOR of the soul, both sure and , and which entereth into that within the veil.”

When God touches you it is for eternity. Your faith does not end in the grave. The devil will try to take you out when you give up hope. The Apostle a storm. The Bible says that all hope was gone. Yet, one person miracle. We are “looking for that blessed hope” Titus 2:13 Jesus is soon . Don’t give up hope

Secondly, The Anchor of Faith. , “Have God” Mark 11:22 God will do what He has planned and promised. such confidence while the great storm the ship? He had a word from God. “For there stood by me this night the angel of God whose I am and whom I serve. Saying, FEAR NOT. . .”Acts 27:23, 24 That’s FAITH! Paul was holding onto the anchor of faith that which God promised. Faith declares we are going to make it!

The Power. Where is this power? It is in you. The same Spirit that raised Jesus from the dead is on the inside of every child of God! Romans 8:11 You don’t have to go up to bring Him down and you Him up. He’s already in you

Jesus said to a man with a withered hand, “Stretch forth your hand.” Matthew 12:13 When Jesus tells you to do something then and there. God’s power is available to you NOW! We are not defeated. We are not at the mercy of the storms of life. We are victorious!

He is with you right now! The Presence of the Lord is your covering. Give God all the Glory. You have Four Anchors of the Soul that are working for you in 2015! Hallelujah!! Jesus is with you to bring you into the place He has prepared for you this year. You are secure in the Master’s Care!