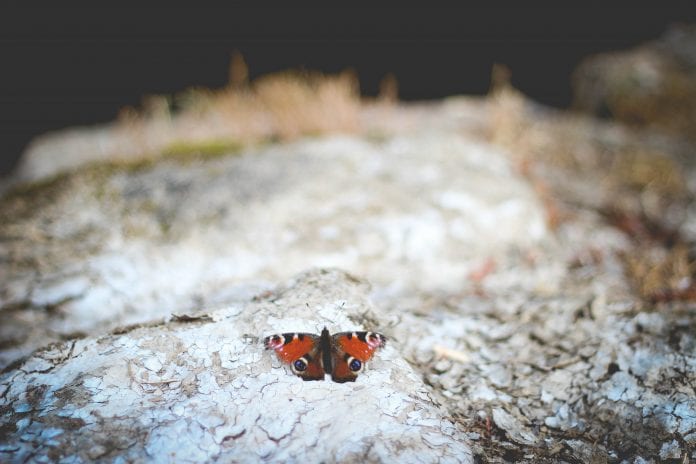 On any given day, in any church, in any city or country town across the nation; in the midst of praise-oriented, Jesus-spouting, , who are living behind masks of religion and performance

, spirits of hopelessness, desiring , prisoners to their own thoughts, emotions history

Believing church-goers have been marred by past lives or failures that won’t go away; and there are some who struggle with God Himself, refusing to respond to His call or conviction, because they believe they will never be able to please Him.

, . When He comes in, the change is not only but also cataclysmic. Jesus will bring upheaval; He will do some uprooting; He will search out the dead, smelling and decaying corners of our hearts, if we will but surrender and submit to His heart-cleaning.


We can have supernatural transformation, but we have to allow the “real” us to die.

There is wonderful hope in the church of ancient Thessalonica. I love the words of the Apostle Paul as he commended the converts of that very pagan city and culture:

“We give thanks to God always for you all, making mention of you in our prayers, remembering without ceasing your work of faith, labor of love, and patience of hope in our Lord Jesus Christ in the sight of our God and Father, knowing, beloved brethren, your election by God. For our gospel did not come to you in word only, but also in power, and in the Holy Spirit and in much assurance, as you know what kind of men we were among you for your sake. And you became followers of us and of the Lord, having received the word in much affliction, with joy of the Holy Spirit, so that you became examples to all in Macedonia and Achaia who believe. For from you the word of the Lord has sounded forth, not only in Macedonia and Achaia, but also in every place. Your faith toward God has gone out, so that we do not need to say anything.For they themselves declare concerning us what manner of entry we had to you, and how you turned to God from idols to serve the living and true God, and to wait for His Son from heaven, whom He raised from the dead, even Jesus who delivers us from the wrath to come.” 1 THESS 1:2-10 9 (emphasis mine)

Paul first commended these believers for who they had become. He recognized that when he first preached to them, they were pagans, in the midst of a seaport trade city, rife with every kind of false religion, evil spirit, foreign disease and exotic temptation. It was an important communication center for the Roman Empire and a high-traffic community for sin.

In that environment, He observed through his own eyes and the testimony of others, a people who had learned Jesus well, in the midst of affliction and great temptation. They were living holy lives, with patience, and they were a church unafraid to work! They put the Gospel into action and worked for the Lord fervently. As a result, the church continued to grow.

Those things would be commendable even if they lived in the Bible belt of rural America. But, these Christians had real, personal encounters with the power of God in an entirely pagan and godless society. That power brought radical transformation to their lives, and Thessalonica became an important launching place for the early Church.

This was nothing short of a miracle in light of who they used to be.

. , knowledge of the true God and , superstition

They had no spiritual “hooks” or foundation. These people were not filled with Bible truth. They did not live in a society in which around the clock.

They had forsaken their life-long Living God! When outsiders great change, they saw with their own eyes how Jesus will enter , and no matter how broken, darkened or confused, He will bring 180’change

This passage reminds me of the story my father would tell about New York City. preached, he was casting out a lot of devils

One day a woman approached , “Preacher, I’m ! (put a spell on you) I people bring you cakes and pies. Well, I’m gonna bake you a pie and fix it and put a curse on you!”

Dad looked at the devil in the woman’s eye and said, “Do me a favor. Will you make it coconut custard please? That’s my favorite!”

thing it wouldn’t harm but he also knew the devil was mad. That woman was the head witch in a “church” filled with witches. emptying her church. When , ,

The fathered, but he was careful to teach them what brought about the lasting change in their lives.

This is something every pastor and preacher of the Gospel must remember and seek the Lord diligently concerning.

Paul was clear. The Gospel he preached was more than words. The demonstration

.Yes, he boldly declared as John did, that Jesus was the Son of God who was “made manifest to destroy the works of the devil.“ 1 John 3:8

He recounted the story of Jesus again and again, as the One who “disarmed the rulers and authorities and put them to open shame by triumphing over them.” (Colossians 2:15)

Paul was not ashamed of the full Gospel of Jesus Christ, because he recognized the truth as “the power of God unto salvation.” (Romans 1:16)

He proclaimed “my message and my preaching were not in persuasive words of wisdom, but in demonstration of the Spirit and of power, so that your faith would not rest on the wisdom of men, but on the power of God.” (1 Corinthians 2:4,5)

If we are honest, we must admit today’s church needs a spiritual makeover. From the pulpit to the pew, believers are bound up with spirits of fear, doubt and unbelief.

Christians problems. , we cannot as ministers of the Gospel deny that many of the bondages, habitual sins and psychoses we , sensual and demonic

Our job is to bring more than pretty words or words that sound powerful; we must be willing to confront the powers of darkness that have taken hold of God’s people, and set the captives free.

Anointing. The Spirit of the Lord was upon —to bring transformation and lasting change

. price. There is a requirement to lusts.

. And, Paul saw results in the raw, Greece and Rome.

our nation once again; but, this , we must contend for the Gospel . Word, heal the sick and cast out devils. We must make sure the ones we minister to are filled with the Holy Ghost and power. When , Ghost transformation.

Her ministry began in New York City in 1983 and then broadened 1991 , missions’ coordinator team evangelist, traveling to over 40 nations of the world

Obeying her divine mandate to , empower and release an army of believers from all nations, Donna has ministered on television; in churches; at pastors and leaders conferences; and in mass evangelism crusades

Tyler, Texas, Pastor president of Schambach Ministries International and Schambach Foundation. She is known for bringing a powerful word of the Lord everywhere she goes, often prophetic in nature; and, the Spirit of the Lord has anointed her to bring healing to broken lives and deliverance to the captives.