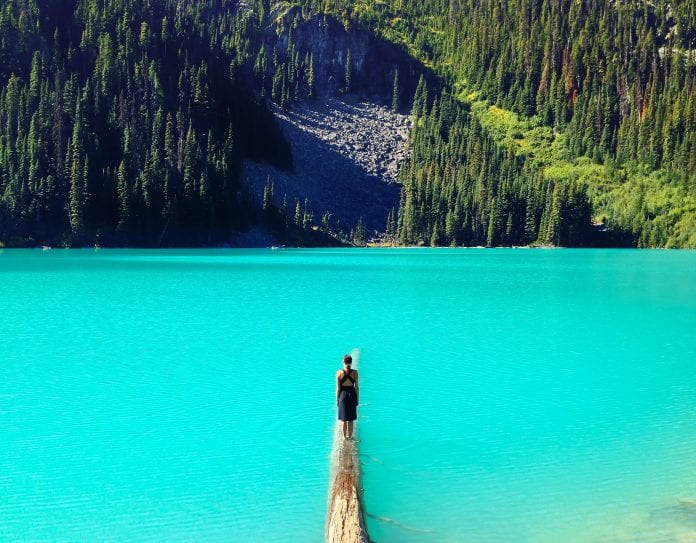 “I’ve been asked to write an article about what I’ve learned as a Lady Senior Pastor,” I told a young man on our church staff. “What do you think I should say?” He quickly replied, “Tell them, you’ve learned a lady can be a great pastor!”

It took a long time for me to embrace my calling as a Senior Pastor. I heard a call from the Lord when I was only seven. As the eldest daughter of a Pentecostal pastor, I thought my father would be delighted, but instead he was concerned. “Oh sweetheart, that can’t be God…woman can’t be pastors!”

My father did his best to steer me toward those places of service that were less controversial: nurseries, music, secretarial support, missions and youth ministry. You name it, I served there. But the fire of God to preach and a passion for souls stirred me. The fruit of that call was evident in people being saved, healed and restored.

After much study of the Word and prayer, my father came to a new place of understanding: cultural and religious traditions have tainted our understanding of the Word concerning women.Years later, I accepted the invitation to lead the very church he pioneered after his retirement.

Having now functioned as the Senior Pastor of Grace To The Nations in Tucson, Arizona for 11 years, God has graced and multiplied. Along with my husband’s strong support and partnership, and amazing leaders, our church has grown to an attendance of 1500 weekly, while growing in community influence.

There are lessons that I’ve learned over the past 11 years as a pastor. Most of these ministry lessons are not “gender specific”. However, being a woman pastor does present some unique challenges, even as it presents blessed opportunities. I’ve learned….

IT IS IMPORTANT TO KNOW WHO I AM CALLED TO

Early in my pastorate, I found out not everyone accepts a lady pastor. It used to bother me greatly; those weekly Sunday and mid-service walk-outs. Some individuals were pretty horrified when they realized I was going to do more than make announcements. I’ve learned I am not called to minister to them. Someone else is.

This revelation was freeing. It freed me from needing everyone’s approval, and from being sensitive about those who, for a variety of reasons, struggle with females in positional ministry. Knowing I was not called to everyone caused me to focus more specifically about to WHOM I was called, WHERE I was called, and HOW I was supposed to accomplish these goals.

This search led to being firmly planted in urban central Tucson, ministering to a multi-cultural demographic, and defined the ministry style and value systems that have made us fruitful.

God always calls leaders to a “WHO.” Even though we are called by Jesus to “preach the Gospel to every nation,” God gifts each one of us differently and anoints us specifically for a “WHO.” We are called to be effective for a certain kind of people. For instance, Peter focused on spreading the Gospel to the Jews and Paul to the Gentiles. The definition of the “WHO” did not make them exclusive, but instead helped them define their own focus and understand their specific mission.

When we hear from God regarding WHO, then we will have more understanding about the “WHERE.” And when we understand both of these, we are able to build a strategy for how to effectively impact those to whom God has called us.

Too often we are like those disciples Jesus sent into the Samaritan town of Sychar to buy bread. When they brought the bread to Jesus, He didn’t eat it. Instead He said, “lift up you eyes and see the harvest” (John 4:35) I believe He said this because though they’d fulfilled their ministry assignment, they missed the real mission. The mission was the Samaritans, not the bread.

When administration, service planning, staffing issues, and funding challenges begin to consume me, I find the Lord brings me back to the true purpose of His call and refocuses me with:

-The dedication of a long-awaited child.

-Holding the hand of an elderly man as he passes into eternity.

-Watching once jaded youth dance in worship while holding up their baggy jeans.

-Praying with a repentant drug addict to receive Christ.Is there anything more precious in the world than this?

Once, I came home exhausted after a very long council meeting. As soon as I came in the door, I kicked off my high-heels, pulled a folder out of my briefcase and curled up beside my husband on the sofa. I began to review the resolutions we made. My husband, who has a hilarious sense of humor, interrupted my focus with a joke. I looked at him over my reading glasses, grunted and returned to my file. He was quiet for a moment and then stated bluntly, “You’ve lost your sense of humor.” I retorted, “The joke wasn’t funny.” “Yes it was…but you take everything including yourself too seriously now.” I was offended, but he was right.

All the “serious” issues had made me a very grouchy person. Ministry had turned into work instead of joy. I jumped up from the sofa and stomped down the hall catching a glance of myself in the entry mirror. My face looked tired, ragged, and drawn. At the sight of myself, I exclaimed “Oh my Lord….if I don’t get my joy back, I’m going to need a face lift!” At that my husband started to laugh and I joined him. In the midst of laughter, I remembered some wise words, “If it’s going to be funny later, it’s funny now!”

Another way of understanding this concept is through Nehemiah who told the exhausted families encountering unrelenting attacks and challenges, “The joy of the Lord is your strength!” Nehemiah 8:10. Losing our sense of humor, losing our joy, will sap us of vision, motivation and strength.

Proverbs 31:25 states, “She is closed with strength and dignity; she can laugh at the days to come.

For me, “Stay a Lady,” simply means, “Be Who God Made You to Be.” So at the core, this statement is for all leaders. When God called me, He was not shocked by my feminine form. Neither is His Holy Spirit diluted in me because of it. “The same Spirit that raised Christ from the dead dwells in me” (Romans 8:11). I don’t have to look like or act like a man to minister in the position God has placed me. I am feminine and fierce at the same time. I can preach with power; lead with courage; and make decisions with determination while counseling with wisdom. And I will do it all …. like a lady. (Galatians 3:28-29).

Rae Orozco serves as Senior Pastor of Grace To The Nations, a dynamic multi-cultural church in Tucson, Arizona. She is the recipient of the Tucson Woman of Influence award, an honor bestowed upon her by peers and the community of Tucson, Arizona. As well, she is one of the founding members of The Company of Women, an organization focused on inspiring, connecting and mentoring women of faith, which she now serves as Director and Chair.

Pastor Rae was the first woman to be invited to speak for the All Nations Chapel service at the United Nations in New York.