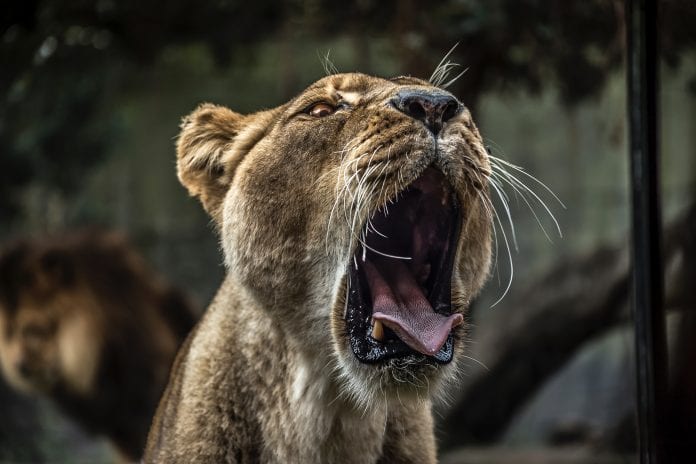 This should be the joint goal of all men and women, whether single or married, leader or lay person. God wants us all—male and female—to tell everyone what He is doing! He wants us to work together as persuasive influencers who encourage and convince men and women to drop their conflicts (whatever they might be) and enter into His work. This issue of conflict resolution should apply to every area of human relationships and interactions. This charge is not just a gender issue; it is a race, socioeconomic, family, church, and marketplace dynamic as well. He wants reconciliation for all of us!

Lions and lionesses have already settled this in their relationships with each other. Lionesses understand they are under the same mission as the lion. What is their mission? Their mission is to establish a generation of lions with legacy and strength. To accomplish this, they raise, protect, and provide for their young well. Both lion and lioness have a role to play within that mission, and neither cat usurps the role of the other, for they seem to know… “Everything God created is good, and to be received with thanks.” (1 Timothy 4:4)

If everything God created is good and to be received, accepted, and given welcome with gratitude, how much more should people be received in this manner? Men and women are good.

As I write, tweet, post messages on Facebook, and stand before women, whether I am communicating in meetings or by way of broadcasts, I continually take every opportunity to proclaim the value of women. I deliberately remind them there is a need for their voice and contribution in the church, outside the church, and on local and worldwide levels.

Obviously, men are received into higher leadership positions in the church more often than women are, but sometimes they are crippled by a lack of women’s insight. Let’s submit ourselves to the Word of God: Women, are we thankful for the men? Do we see them as God sees them—as good? Are we willing to bring the good we have into our shared mission? And men, how about the women? Do you value them as good and welcome their strengths?

Remember, men do not grow healthy and strong through the silence of women. Men grow strong by the addition of women’s voices because the challenge of a daughter’s questions serves to raise men higher, which makes them freer. The perspective of women tempers and refines men, just as they create an environment for the women to flourish. Both genders are allies and guardians, not enemies and gods.

Think of yourselves the way Christ Jesus thought of Himself. He had equal status with God, but didn’t think so much of Himself that He had to cling to the advantages of that status no matter what. Not at all. When the time came, He set aside the privileges of deity and took on the status of a slave, became human! Having become human, He stayed human. It was an incredibly humbling process. He didn’t claim special privileges. Instead, He lived a selfless, obedient life and then died a selfless, obedient death—and the worst kind of death at that: a crucifixion.

Because of that obedience, God lifted Him high and honored Him far beyond anyone or anything, ever, so that all created beings in heaven and on earth—even those long ago dead and buried—will bow in worship before this Jesus Christ, and call out in praise that He is the Master of all, to the glorious honor of God the Father. (Philippians 2:5–11)

Our world needs servants—male and female—who will think of themselves as Jesus did. This earth needs leaders who are wise enough to elevate those they lead. It needs us to drop our differences and, together, enter into our shared mission of bringing God’s reconciliation to homes, communities, and nations. Like our feline friends, let’s use our strengths to serve each other. And like our Lion Himself, let’s seek first to stoop down and serve.

Proverbs 14:1 tells us a wise woman builds her home. I believe this translates to the construction of the house of God as well. So what do wise men do? Wise men build their women so that together the house is filled with both nurture and structure.