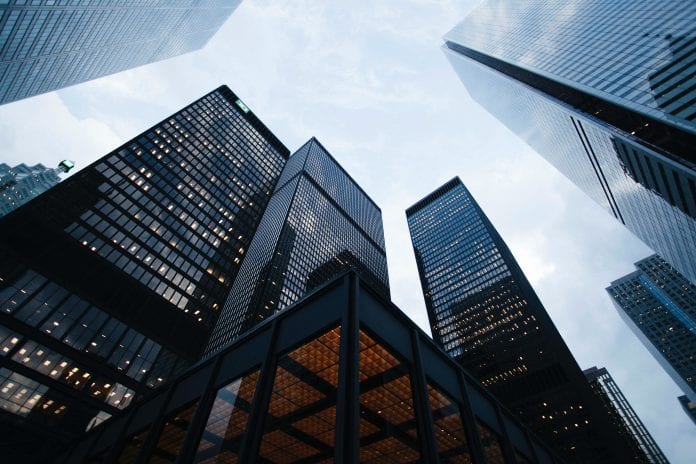 KELINDA: I heard you once say that years ago you didn’t have a clue how to lead worship or the desire to be a worship leader. Now, you’re leading worship weekly at Grace Community Church. Can you tell me about the change that brought you to this season?

JASON: My wife and I had been touring for eight years. I had performed around 150 shows a year. When you tour like that, you’re not really ever at a church service. The bus pulls in, but you don’t attend. Everyone thinks you’re a millionaire rock star, but that’s not the truth. There’s no one there to lift you up.

I see this in 18-19 year olds who are really not that firm in their faith. They write good songs and become artists. They get all dressed up and photoshopped, sent out on a bus… they never have accountability. No time in church. They’re just told, “We’re sending you out here. Be a role model. Don’t screw up.” It’s all so backwards! There’s no way it can work out well!

After that much touring, my spirit was dry. It came down to whatever I had to do for my spirit to renew, whatever I had to do to take care of my family. They got effected when my spirit suffered, too. We were in New Mexico, and my church called. Their worship pastor was leaving and they asked me to fill in over Christmas. I immediately found out that all the things I learned on the road equipped me to be a great worship pastor at home. I have a desire to invest in young people, to help them not fall into the pits that I did. Suddenly, I had fifteen kids to pour into! So I did the job over Christmas, loved it, looked at my pastor and said, “I think I’m interested in doing this!” Pastor said he’d been waiting for three years for me to figure that out. Now, everything at church equips me to do what I do on the road.

KELINDA: As a worship pastor, what do you find is your greatest challenge?

JASON: My greatest challenge is to motivate volunteers and continue to invest in them. Every pastor understands the fight for week to week – Sunday is coming. In the rush to get ready for services and the church body, sometimes we neglect the people we’re depending on to get there. The great challenge is to be in their lives on a day-to-day basis, investing and ministering to their needs. While Sunday IS coming, you can’t neglect the small group for the large group, or vice versa. It’s quite a delicate balance.

Everything at Grace is volunteer. We don’t have paying positions for band and vocals. I wanted to invest in a large number of people, so I have an open path on the worship team. There’s not just five guys who play every week. With extra work and extra investment, I’ve been able to grow our team from about ten people to sixty-five! Two years ago, we planted a secondary campus, and suddenly, my strong team was split in half. I had holes to fill everywhere. But my investment in volunteers paid off. You have to invest in youth, grow them up, and invest with truth, telling them “you’re not prepared like I need you to be.” This is how I build my team.

KELINDA: With creative people come unique – and sometimes strong – personalities. How do you cultivate unity and teamwork with a worship department as large as Grace’s?

JASON: “Where there is no vision, the people perish.” I have found that great leadership always has the vision, and great leadership will always be followed. I am a great leader. It’s my gift – to rally people. And I will always follow you if you have a vision. With the three leaders under me, I always encourage them to do the same. Have vision. There are going to be occasions where someone gets frustrated. But reality is, if your leadership is strong and confident, people will rarely come against you. If you come in with a “what do you want to do?” mentality, there can be issues. With strong leadership, people jump on board and they go.

KELINDA: How do you select songs for your worship set?

JASON: First, we have a running Google doc that tells you about the sermon series. It has one line from the sermon, and that one line generally gives me enough to go on. Open lines of communication with our speaking pastor is also really important. If he’s thinking about Jesus taking a day of rest, and I’m not on the same page, I might plan songs with a different angle. We have a pretty vast number of speakers at our church, so I stay in open communication.

Then, I’m not going to put a song in the service if it’s a song you’re meant to listen to and stare at the band. It’s not something I’m going to do. Sometimes we have a song with a video, and I don’t mind playing a song that doesn’t engage if the people are supposed to be focusing on the video. But in worship, if the people don’t connect with the song, I won’t do it again.

don’t go to church to clap for the band. I’d rather strip it back to a piano and a voice and really worship than have living lights if we’re just going to have a show. Building 429 is a huge portion entertainment. We also worship, but the entertainment is what brings people to worship. I have no desire to entertain people at church.

JASON: Only playing the Top 40 or never playing them is very close-minded, in my opinion. You can find some great worship songs in the Top 40. A song that has really worked well for us is “Whom Shall I Fear” by Chris Tomlin. It’s a massive Top 40 hit, but for some reason, we played it. It felt like the right song. The congregation gravitated toward it. It gave them something to engage and think about, and it created a place of worship. “God, I will trust You. Whom shall I fear?” Hands up everywhere! It was really cool!

You can also go off the beaten path. The band All Sons And Daughters has some killer songs you’ll never hear on the radio.

Constantly search for new songs. More than anything, figure out the identity of your church. God uses the Top 40 in a massive way just like He uses songs like “Because He Lives.” We can’t put rules and regulations on everything because it takes the Spirit out of everything as well.

KELINDA: What advice do you have for Worship Leaders who are looking to produce a CD?

JASON: Don’t produce a C just because you’re a worship leader and want a record deal. It will fail. You’ll be disenfranchised and disappointed. If producing a CD serves your congregation, without question, do it!

I just think there’s a lot of worship leaders who would leave the church to go be the lead singer of a pop band if they could. It’s appalling. They don’t know. They don’t get it. When young people come into the music industry, telling me they want to do my job, I ask them, “Is there anything else you can think of in life that you’d be happy doing?” If they have an answer, I say, “Go do it.” If they can’t think of any other job, then I say, “Okay, kiddo, then you have the resolve to try this out!” Anytime ministry and commerce meet, danger comes quickly behind it. I think a lot of times, people are attracted to the fame – everyone is famous or wants to be a rock star. It’s such a joke! If everyone had a better picture of fame, they might see it’s not their thing.

KELINDA: God has given you great success as a music artist.When you think back over your journey to this point, what artists or worshippers would you credit with having a strong influence on your music?

JASON: Yes, we’ve had great success through the marketing machine, but we’ve also had extreme failures. Only a few songs became hits. Many failed. The failures made what I’m able to do today. The success made everything easy, but the failures made me who I am.

Several people have influenced me. One is Chris Tomlin. He’s just a great guy. I don’t really know him all that well, but I had a few experiences with him, and they made me think: I’ve got to do better. Another one is Jason Ingram. He’s the guy who actually found me. He’s been doing this for years, and without him, I wouldn’t be here today. I’m thankful for these two people for sure.

KELINDA: What are you working on now? Is there a new album in the mix?

JASON: We’re in the middle of blowing “We Won’t Be Shaken” out. Touring like crazy! And our worship team is starting to take the time to write songs for our church body, getting prepared for Christmas.

o new album for now. The music marketplace is an interesting one right now. It takes about a year for a single to run. By the time “We Won’t Be Shaken” is done, it will have been out for a year. This is a definitive record for 429. We’re going to be on this record for at least another year and a half. You have to give it time to permeate the marketplace. We’re going to be patient. Maybe on the backside of 2015 or in 2016, you’ll see another record release.

KELINDA: Talk to me about your upcoming events.

JASON: We’ll be on the United We Stand tour this fall, along with The Afters, Hawk Nelson and Finding Favour. We’re also doing Winter Jam West Coast. This year, we’ll stay domestic, bouncing back and forth. Next year, we’ll add in some international locations and then more the following year.

KELINDA: Jason, thank you for your time. It was a pleasure getting to know you today!