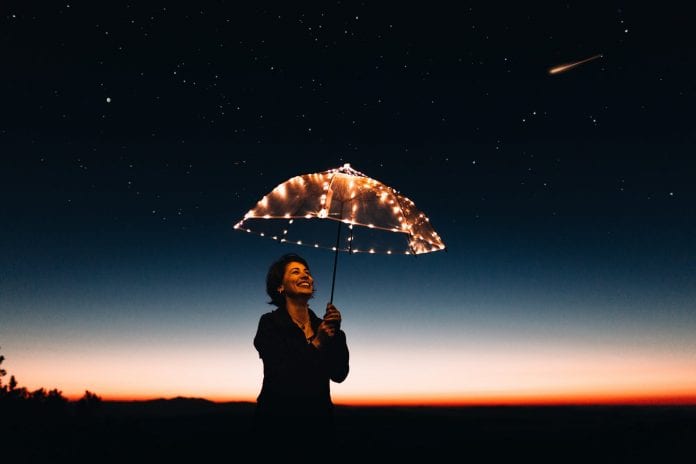 “This little light of mine, I’m gonna let it shine.”

For many, those lyrics and the tune that accompanies them form one of the first songs that we learn as children. And although it is a song we teach to our children, many adults can still learn a lot from it.

This song has been sung many times in the wake of a devastating tragedy and during times of great adversity.

Most memorably, after the horrendous terror attacks of September 11, 2001, This Little Light of Mine was performed by Odetta and The Boys Choir of Harlem on “The Late Show” with David Letterman when the show returned following several evenings off the air due to the attack.

With help from Zilphia Horton and Fannie Lou Hammer, the song was also a staple of the Civil Rights Movement in the United States, frequently sung at rallies, protests and gatherings. This Little Light of Mine became an anthem of hope and peace for many African-Americans during the 1950s and 1960s.

While the melody is catchy, and many people know this familiar tune, its transcendent popularity is due in part to its message: When light comes in contact with darkness, the light always overcomes it.

As you turn on the television, pick up a newspaper or simply look around, you will notice that we live in a very dark world. We were reminded of this on June 12 when a man walked into an Orlando nightclub and killed 49 innocent people and injured another 53. His actions, spurred from the darkness of hatred, bigotry and intolerance, were unconscionable and deplorable.

This unwarranted attack reminds us of how dark the world can be and the immense shadows that we, as humans, are capable of creating. However, the reverse is also true. In the wake of the attack, story after story of people helping the survivors and bereaved friends and family members cope with and overcome this tragedy reminds me of the potential and impact that each individual’s light has in this very dark world.

This is the key message of my new book, Be Light: Shining God’s Beauty, Truth, and Hope into a Darkened World. Having recognized this powerful force to overcome evil, I issue a call to individual Christians and the Church to rise up in all of life’s arenas and become “the bright city on a hill.”

Whenever we turn on the local news, scan the headlines, hear about heartbreaking tragedies in our communities, or learn about terrorism around the globe, we see evidence of darkness. Even the inflammatory rhetoric from political candidates in this election year showcases the dark times in which we are living. There is no better time for the Church to be light and for individual Christians to stand up for what they know is right and true.

Yet, while we cannot deny the canopy of disillusionment overshadowing our current day and age, there exists an undeniable physical and spiritual reality poised to serve as the impetus igniting hope, exposing love, and reintroducing grace. What might that be?

It is time to throw off whatever lid that life or hell has placed upon your light.

To every narrative and spirit that exists for the purpose of obstructing our God-given purpose and hiding His grace-filled light in each and every one of us, I say the following:For every Pharaoh there must be a Moses.

For every Goliath there must be a David.

For every Herod there must be a Jesus.

For every devil that rises up against you, there is a mightier God who rises up for you!

Jesus, speaking to His followers, said:

“A hill cannot be hidden. Neither do people light a lamp and put it under a bowl. Instead they put it on its stand, and it gives light to everyone in the house. In the same way, let your light shine before men, that they may see your good deeds and praise your Father in heaven” (Matthew 5:14-16).

Joyce Smith did not just embrace this truth; she lived it out. On January 19, 2015, she ran into a hospital room that was the quintessential corridor of darkness. The horrific reality was that her 15-year-old son, John, was dead.

A few hours before, young John, accompanied by two other friends, had played on top of Lake Saint Louise in Missouri. Warm temperatures had thawed the ice, providing a precarious circumstance that led to the three boys falling into a frozen lake. While the other boys escaped the freezing water, John did not emerge. His body was discovered 15 minutes later—no pulse, lifeless…

Later Dr. Sutterer wrote in a personal letter, recording the event, “the boy had remained pulseless for 40 minutes—plus transportation time—the better part of an hour.” After attempts to raise the boy’s temperature failed, Dr. Sutterer determined the time had arrived to declare John Smith dead. He asked for someone to bring the boy’s mother into the room.

Joyce rushed to her son’s bedside. She gazed upon his gray and motionless body, yet refused to embrace the dark reality, to acknowledge that her son was gone. At a recent Bible study class, she had been instructed to believe in a God who can do the impossible. Joyce had walked into an emergency room filled with darkness and exposed the light of faith, hope and love. Without hesitation, Joyce opened her mouth, raised her voice and said, “God, send your Holy Spirit to heal my son!”

In other words, “Let there be light!”

God’s Spirit empowers us to leave the natural realm and be able to experience the supernatural.

Darkness was met with the brightness of faith, hope and love. Suddenly a technician said, “We’ve got a pulse!” The atmosphere shifted, the room now filled with the light of joy and peace. Dr. Sutterer wrote, “That boy’s heart was jump-started by the Holy Spirit listening to the request of a praying mother… I know that God has given us a gift… I was privileged to witness a miracle.”

Since then I’ve met John Smith and had the privilege of speaking to a healthy, healed, holy, happy young man. I asked him, “Do you realize that you died?”

“Why? Why did God give you back your life?” I asked.

“Because God has a great purpose for me,” John answered.

What’s John’s purpose? It’s like your purpose and mine – to be Light. We all go through trials, tribulations, and tests. We may not have confronted the appalling canopy of darkness which is death itself, but we have all, without exception, confronted darkness—whether spirituality, physically, in our relationships, in our finances, families and thoughts. We are all survivors of moments and seasons of darkness.

Yet here we still are. Why? For the same reason John breathes today: God has a great purpose for you and me.

How do we embody light? If we are to be Light, we must first understand its remarkable complexities. In examining the properties of light, I have found many intriguing truths that help me understand what light is on a spiritual level. Like all facets of creation, light reveals clues about God and His characteristics, so understanding more about light helps us know more about Him.

Light is everything—without light, life disappears. That statement should be the mantra for every church and Christ-believing individual on this planet. If we do not live as light and share light, there is no hope left.

So that is my challenge to you. At work, school, the grocery store, the park, wherever you may go within your community and around the world, be Light. When we all begin to live out this mandate, I believe we will see the love of Christ begin to overcome the great darkness surrounding us.

The NHCLC serves as a representative voice for the more than 100 million Hispanic Evangelicals assembled in over 40,000 U.S. churches and another 500,000 congregations spread worldwide throughout the Spanish-speaking diaspora.

Be Light is available at belightbook.com.