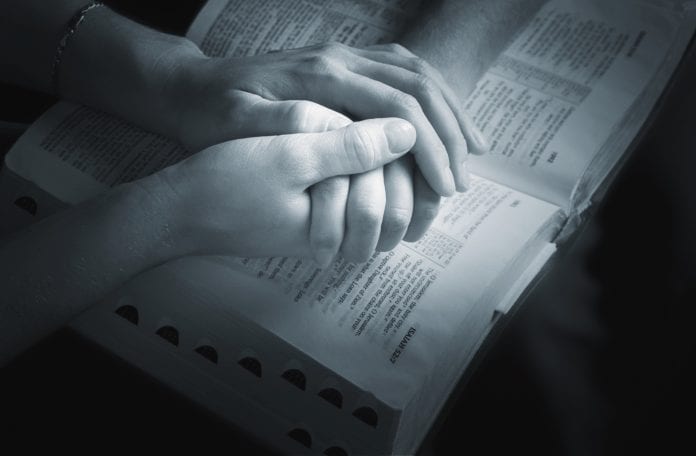 Too many ministers and ministries are failing in this crucial hour. Statistics reveal some earthshaking realities. Each month, approximately 1,500 pastors in North America alone will permanently leave the ministry without completing their God-given assignment. More than half of pastors say they would leave the ministry if they could find another way to support their families. An alarming 30% of pastors admit to either having been in an ongoing affair or to a one time sexual encounter with a parishioner. 71% of pastors suffer from burn out and battle depression on a regular basis. And only 10% of all ministers will actually retire as a minister. These things should not be, and yet there is a reason. Proverbs 26:2 says, “As the bird by wandering, as the swallow by flying, so the curse causeless shall not come.” (KJV) The cause of ministry failure at any level can be summed up with two words, broken focus.

Broken focus is the culprit. You are not here on the earth for an assignment; you are here at this particular time in God’s scheme of things because of an assignment. You were chosen to be here at the last of the last days because your assignment is so important that it will help usher in the return of our Lord. Satan will do anything to break your focus from your assignment. Don’t let him do it!

Distractions are things or people that enter your life to try to break your focus. I call them focus breakers. They are designed to break your focus in one area and reassign it to another. Sampson’s assignment was clear; it was to deliver God’s people from the hand of the Philistines. He was focused on it in the beginning. God gave him all the equipment he needed to succeed, and yet, just one distraction left unchecked caused a major derailment that cut his life and ministry short here on earth. That distraction’s name was Delilah. Peter had complete success walking on the water until he allowed the waves to break his focus off the Master. The waves were there from the beginning of his walk, but did not affect Peter until he looked at them. The circumstantial waves of this life will always be there bidding for your attention. Don’t allow them to lure you in.

No one is immune from focus breakers. Elijah was a powerfully anointed prophet of the Lord; he was also a man of great focus. He prayed such a powerful prayer that it did not rain for three and a half years at his word. His sense of hearing God’s voice was sharp. God spoke to him to go by the Brook Chereth to drink; there, the Lord commanded the ravens to feed him. When the brook dried up, God sent him to a widow woman in Zarephath to work a miracle that would create supernatural provision. Her son fell ill and died; God used Elijah to raise him from the dead. Then, the Lord sent Elijah to Ahab to set up a challenge on Mount Carmel to determine whom Israel would serve. The only true God answered by fire from heaven and consumed the sacrifice and all the water in the trench. Elijah then executed the false prophets by the Brook Kishon. He prayed again after three and a half years of drought and an abundance of rain came upon the earth. Under the anointing, Elijah outran King Ahab’s horses and chariots 17 miles to Jezreel, which was Ahab and Jezebel’s summer home. Now, you would think such a mighty man of God was invincible and could never lose his focus.

Not so! Satan had a well-planned distraction awaiting him. One woman named Jezebel threatened to kill the man of God after hearing all he had done. Upon learning Jezebel’s plan, Elijah immediately turned his focus off the God of Israel and his assignment to one woman. The next thing we know, Elijah is running for his life. He becomes so exhausted that he plops down under a Juniper tree, and asks the Lord to take his life. Now that we’ve looked at a few results of broken focus, let’s look at some vital keys to staying focused.

Start your day off right.

Psalm 63:1a says, “O God, You are my God; Early will I seek You…” (NKJV) Psalm 57:8 says, “Awake, my glory! Awake, Awake lute and harp! I will awaken the dawn.” (NKJV) Make God your first priority when you get up in the morning. Don’t let the dawn awaken you, instead, wake up the dawn with anointed praise, worship, and word time. Then, put your God-given vision and any prophetic words before you. War verbally with them; this will establish your day. Paul told Timothy in 1st Timothy 1:18, “This charge I commit to you, son Timothy, according to the prophecies previously made concerning you, that by them you may wage the good warfare.” (NKJV)

Guard what your eyes see.

What your eyes see the longest, will become the strongest in your life and ministry. Luke 11:33 says, “The lamp of the body is the eye. When your eye is in single focus, sound, and fulfilling its function, also your whole body is well lighted.” (Wuest) Psalm 101:3a says, “I will set no wicked thing before mine eyes…” (KJV)

Guard what your ears hear.

Proverbs 4:20b says, “…Incline your ear to my sayings.” (NKJV) The Hebrew word “incline” translated is “natah” (naw-taw ́), which means “to stretch or spread out, extend, incline, to cause to yield.” You must cause your ears to yield only to what God is saying.

Guard what comes out of your mouth .

Never go to bed with unresolved anger. Ephesians 4:26b says, “…don’t let the sun go down on your anger.” (NASB) Let God be the last thing on your mind before you go to bed. Psalm 63:6 says, “When I remember You on my bed, I meditate on You in the night watches.” (NKJV)

In conclusion, make the quality decision to be a statistic breaker. Resolve that you will not leave your ministry post at which God has placed you. Your assignment is too important to let it slip through your hands. You are God’s champion. Rise up and begin to declare that you are more than a conqueror through Christ who loves you. God has called and equipped you for success. A martial arts champion brick breaker said there are three keys to breaking bricks: First is technique. Second, you must know you can do it on that particular day. And last of all, you must focus on a place beneath the floor that the bricks are stacked on, because the force of the blow will only travel as far as your focus. Likewise, you must stay focused on your assignment because the anointing in your life will only carry you as far as your focus.

Darrell McManus started ministering at 15 years old in nursing homes, door to door, and any other avenue the Lord opened. With a ministry spanning nearly forty years now, Darrell has served as Youth Pastor, Assistant Pastor and Senior Pastor in various churches. God now moves in his services, displaying mighty miracles of healing, as he and his wife travel in full-time evangelism. To invite Darrell to speak at your church, visit www.darrellmcmanus.com.