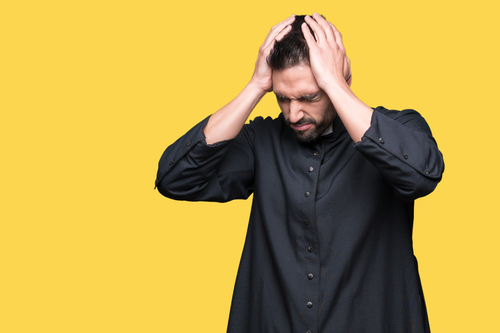 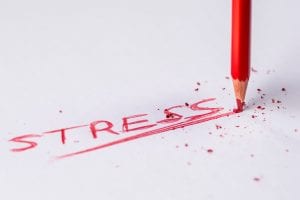 “And here’s the thing — he fully expected me to know why he wasn’t at the church,” Yarborough, pastor of First Baptist Church of Gallatin, Tenn., said.

“I had no idea why he hadn’t been to church. I called him and asked. He said, ‘Well, you just wasn’t good enough to come to my Christmas party.'”

Though the interaction may sound ridiculous to some, for many pastors it’s part of the job – and a large contributor to turning what should be one of the most festive times of the year into one of the tensest for ministry leaders. Besides preparing for some of the most anticipated worship services of the year, overseeing expanded Christmas outreach and musical efforts and counseling an increased number of people facing specific holiday issues, pastors typically must juggle numerous last-minute invitations to Christmas parties. That’s all on top of a typically expanded family calendar during the season.

“While all of those ministry opportunities are fantastic, they add stress to a pastor’s life,” said Rob Futral, pastor of Broadmoor Baptist Church in Madison, Miss. “It takes additional energy that a pastor sometimes doesn’t have. I think about Jesus, when the woman touched him and the crowd was all around him, but he knew some energy had left him. I certainly feel that during the holidays when I’m giving of myself. The holiday season is life-giving but with all the expectations and stress, it can be life-taking for pastors as well.”

“I think for a pastor, margins are critical,” Lewis said. “I say that out of pain. This is an area I struggled with, particularly when our girls were young. I think a pastor needs to give himself the opportunity to say no to some of these demands.”

Lewis reminds pastors who need someone to talk with in the midst of holiday stress that NAMB has set up a free and confidential care line for Southern Baptist pastors through a partnership with Focus on the Family.

To access the care line, pastors can call 1-844-PASTOR1. The line is open to all Southern Baptist ministers, missionaries, chaplains and their spouses.

Financial overextension can be another contributor to pastoral stress during the holidays. Jared Pingleton, who serves as the director of the counseling team for Focus on the Family, says while the organization doesn’t typically see a large uptick in the number of calls to their pastor care line during the holidays, they do see an increase during the middle of January when credit card bills arrive.

“Our culture sets us up that we’re supposed to get all of this stuff — this materialistic [overindulgence],” Pingleton said. “There is nothing psychologically healthy about that. That sets us up for disappointment and failure.”

Pingleton also notes that church expectations related to the cheerfulness of pastors and their families during the holidays can be an additional factor.

“There’s no expectation in June or July to be happy — it’s only during Jesus’ birthday that we have this cultural expectation,” Pingleton said.

“We take everything away from his birthday, and we put everything else on our emotional state – our entitled indulgence, our romantic fulfillment, our materialist satisfaction and our extended family harmony. What a quintuple whammy! It sets us up for disappointment.”

While the reality that pastors face additional stress throughout the holiday season may be beyond debate, spiritual leaders have a variety of tools to deal with the stress. Yarborough believes exercise plays a critical role as a natural way to relieve stress. Lewis and Yarborough also urge pastors to set a limit on holiday parties – one area of a pastor’s Christmas calendar where there is flexibility. Yet they both say that decision carries its own potential landmines.

“We set a limit on how many Christmas parties we can go to in a year,” Yarborough said. “We’ll go to three – maybe four – a year and maybe even none. And honestly, I can really catch it for that.”

Lewis tells pastors not only to set limits but also to call ahead of time when you can’t make an event. Make sure your absence is clearly communicated. He also recommends trying to find a retired pastor or a director of missions to lead a church’s Christmas Eve service every third year or so. This practice will allow a pastor’s family to attend out-of-town family gatherings and participate in normal Christmas festivities together.

“The whole reason for Christmas is so we can celebrate the life that God gives us in Christ,” Futral said. “You have to start with what’s most important. Make that your priority and then add the other things after that.”