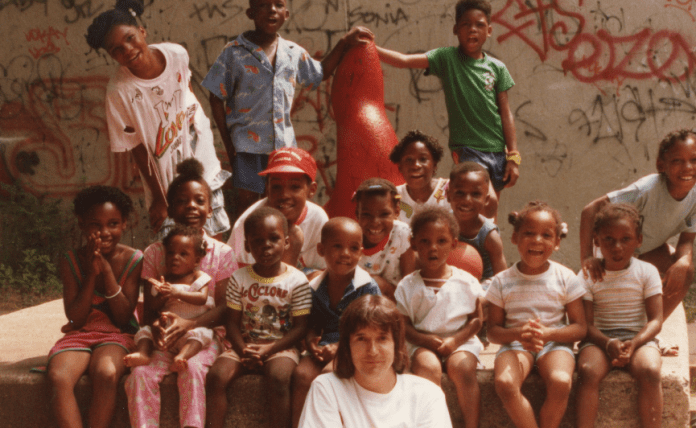 This coming October marks Pastor Bill Wilson’s 70th birthday and his 50thyear in full-time ministry. He is an excellent example of a man who has made it up this proverbial ‘mountain of ministry.’ A long journey that has been fraught with hardship, struggle, disappointment and setbacks every step of the way. It’s worth taking a moment to consider what a mountainous feat his life of ministry really has been. He stands among only a handful of great men and women who have attempted such a mission, let alone reach the top of a fifty year milestone and still going strong.

Bill Wilson’s preparation was unique. Growing up fatherless and with an alcoholic mother who abandoned him on a street corner at the age of twelve is certainly not your usual childhood story. Yet experiencing those crippling feelings of hurt, hunger, loneliness and shame, who better to identify with and understand vulnerable young lives found in the darkest regions of the world? Someone who has been there at one point in their own life also. Someone who has known that kind of suffering and pain yet has come through it. Someone who has experienced the love and hope of a renewed life in Jesus and can bring that same hope to others.

50 years ago Pastor Bill took his first steps into full-time ministry; he started his ascent on what would become his mountain of ministry–founding the world’s largest Sunday School. As he embarked on his ministry journey he was given the right equipment and tools. He even had a few key Godly men guide him along the way; helping him, believing in him and pointing him in the right direction. And from that point on, from his “base camp” so to speak, he climbed.

However, the path that he chose to take was anything but the easy route. It was a course that nobody had yet taken and one that people even warned him against; but he was to cut his own path in the wilderness or as he calls it, ‘the road less trav-eled.’ He believed that God could make a way where there was no way; that with God anything was possible and that people and places weren’t hopeless, they just didn’t have any hope. In 1980 he moved to Bushwick, Brooklyn, which at the time was one of the poorest, most dangerous drug and gang infested neighborhoods in all of America. Those brave steps forward cost him dearly, yet none of the violence, disappointments or struggles through the years deterred him; he was locked in and committed to the climb. Unrelenting, he pressed forward, as pioneers always do. And a pathway through the wilderness was carved and history was made.

EARLY 1980’S – PASTOR BILL HAS TO SHUT THE MINISTRY DOWN FOR NEARLY 1 YEAR.

EARLY 1980’S – PASTOR BILL GETS HIT WITH ABRICK/BLIND IN ONE EYE & ALMOST QUITS.GOD MIRACULOUSLY HEALS HIM.

1996 – PASTOR BILL’S BOOK ‘WHOSE CHILD IS THIS?’ IS PUBLISHED.HAS SINCE BEEN TRANSLATED INTO OVER 31 LANGUAGES.

Now 50 years later we’re commemorating this mountain of ministry that some may say has been submitted. Some may say, “congratulations, you’ve reached the top!” Over 200,000 children and their families are being reached internationally through Metro Sunday Schools across the globe. Child sponsorship programs, clean water tanks, mobile feeding kitchens, summer camps, back to school projects, Operation Holiday Hope and various other initiatives that are impacting so many people’s lives. But what do you do when you’ve blown past every goal you’ve ever set and reached more people than you’ve ever thought imaginable? What do you do when it seems you’ve reached the ‘peak’?

Strangely enough, perhaps the peak is actually the place of the greatest challenge, because the peak is where you’re confronted with a difficult choice. Do you sit back and bask in the satisfaction of having accomplished so much? The temptation to do so is undoubtedly there. Or do you, like Pastor Bill, believe that reaching the peak isn’t actually about “reaching the peak” at all. The peak only serves to place you in a position of greater perspective and responsibility.

At the peak it’s no longer a head down, eyes forward, just put one foot in front of the other climb to the top. At the peak your head is up and your eyes are looking out. At the same time, you feel both the immeasurable gratitude to have made it so far and the weight of responsibility to share what you know and all that you’ve learned with other, younger climbers.

Having reached 50 years on his mountain of ministry, the peak is where Pastor Bill stands today; he has an acute understanding of his role and responsibility toward the next generation of climbers who are coming after him and following in his foot-steps. And as much as he looks out to all the mountains yet to climb, and there are many, he is also turning back to help guide and train the many young climbers looking to him for guidance and direction. He is leading novice climbers and helping them avoid the dangers and pitfalls that they may encounter along their own journey; he is encouraging inexperienced climbers and providing them with insight and wisdom so that they too can survive the harsh conditions and make it up their own mountain of ministry.

At 50 years and still going strong, that is Pastor Bill’s legacy–that he has not only come so far in climbing his own mountain of ministry, but that he is pouring out his knowledge, experience and resources into the next generation of climbers so they can succeed in their own ministries as well. That is the mountain. That is the ministry. That is the man.

Bill Wilson is the founder and Senior Pastor of Metro World Child, America’s largest ministry to children with branches in various nations. He is a well-known speaker, author, pastor and advocate for poor, inner city children all over the world. Wilson is the author of several books, including Jesus Doesn’t Live in Brooklyn, The Blind Guide Chronicles, Christianity in the Crosshairs, and his bestselling autobiography, Whose Child is This? In addition, Wilson is a popular speaker who travels extensively around the world in an effort to raise funds for his church and mission in Brooklyn, New York