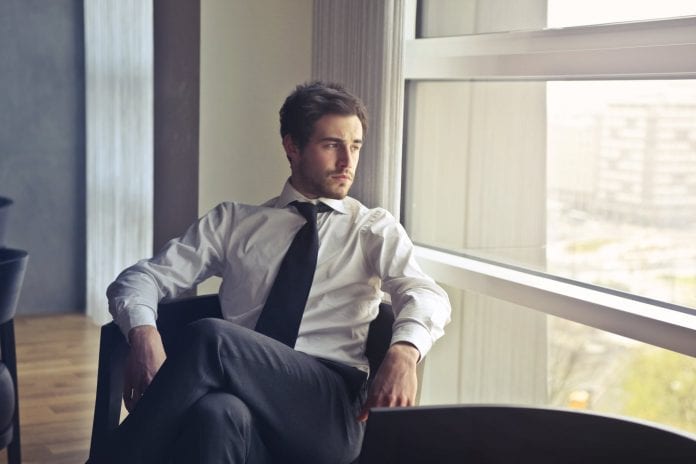 In my family lineage, especially from my mother’s line, there are three evident gifts that have been persistent in four consecutive generations. These generational gifts have been tapped into and used for the propagation of the Gospel.

The first generation began with Reverend R.L. (Robert) Rexrode, a self-educated traveling minister who began ministering during the Great Depression, living continually under the pressure of severe persecution and the weight of financial difficulties.

The second generation minister was R.L.’s son-in-law, John Bava, who was my biological grandfather. John was called to preach at age 17 after receiving the Baptism of the Holy Spirit in a Rexrode revival at a Methodist schoolhouse.

The third generation minister was my father, Fred Stone, who married the daughter of John Bava, Juanita, my precious mother. On June 23, 1959 I entered the world and was called to preach at age 16.

Recently I was cleaning out stacks of older sermon outlines, notes from the early ‘80s and printed material, when I came across literature dating back to the early 1940s. This material was linked with my family heritage. In my hands was a small pamphlet, printed by Robert Rexrode in 1934 titled My Testimony. The 16 page 6 ½ by 4 ¼ inch mini-track detailed his call into the ministry and the severe struggle of being a traveling evangelist during the United States’ most difficult season – the Great Depression.

In the same stack of material was a black and white copy of an 8 ½ by 11 inch magazine, once produced by my Grandfather John Bava, called Musical Echoes.The pages were filled with articles introducing the newest singers and musicians in the Gospel and Country Music industry.

I learned years ago that Granddad had been personally contacted to help promote the musical talents of Lawrence Welk and “Tennessee” Ernie Ford in their early careers (both who later became internationally known). When I was a young child, Granddad’s printing shop burnt to the ground, stopping his magazine from being printed along with other printing materials. He never rebuilt it.

The first DNA gift that manifested in my ministry was linked to the printing ministry. The Voice of Evangelism began as an eight page leaflet, copied on a copy machine and later by a local print company. The first “issue” was called the “Herald of Deliverance,” and was thereafter called the Voice of Evangelism – once I received the name for the ministry from the Holy Spirit. Thirty seven years later, the VOE publication is printed four to five times a year with 24-28 pages of full color, and sent to over 40,000 homes.

The printed ministry also included books. My first book, Precious Promises for Believers, was 500 copies which sold at $1.00 a copy. Today I have written over 100 books with several being best sellers including one, Purging Your House, which won the Charismatic Book of the Year Award. Apparently the printing of the magazines and Gospel materials is part of the DNA gift – a spiritual inheritance that was passed on.

It is a fact that spiritual impartation is transferable from one generation to another.

I have in my collection, old pictures from the 1930s and beyond in which R.L. Rexrode is holding a guitar, accompanied by a group of singers and musicians called the “Rexrode Happy Band.” The band played and sang during Robert’s evangelistic meetings. One of my favorite photographs was captured in the 1950s at Blackwater Fall State Park. My Granddad and Grandmother Bava, my mother, Juanita Bava, and her sister, Janet, were posing – each with musical instruments as a part of John Bava’s evangelist team. (Granddad also had a branch of another group, the John Bava Country Cousins). There is another photograph in black and white taken with my dad and mom, both with guitars singing together as they did in their early ministry before dad preached. (I recently found a cassette from the early 1960s of them singing)!

I began singing at an early age and occasionally sing during the altar calls in the early revivals. Oddly, after getting married, Pam (who has a beautiful voice) and I sang at times during the extended revivals. Over the years, we produced four albums in the studio with a ministry team that consisted of special guest singers Karen Wheaton and John Starnes, and formed a worship team that ministered during the yearly Main Event (today First Hearts from OCI with Larry & Gina Bean head up the music). Granddad Bava wrote or held the copyright to over 1,000 songs in his earlier days.

I was unaware until age 33 of a gift to write songs that was impressed in my spiritual DNA. Up to this day, I have been blessed to have over 40 songs recorded that I have written or co-written. Some have been played over the radio and others, such as “Let the Veil Down,” have been sung around the world in crusades with tens of thousands in attendance. Music, song writing and playing instruments (I played the drums) have continued to pass down from one generation from another.

The third DNA blessing was evident when listening to the older taped messages on cassette tapes. One of the great blessings that I am grateful for today is that three previous generations of ministers used reel-to-reel tapes, cassettes or DVD’s to capture their sermons and messages. Imagine my surprise when I came across a cassette tape copied from a reel-to-reel that captured an outdoor service in 1959 where my granddad was singing and my Italian great grandfather was testifying. I never knew I had on tape the voice of Pete Bava, my great grandfather, whose Italian accent marked him as an early immigrant to America years ago. The previous generations of ministers were all noted for their anointing and ability to deliver the Word of God. This “gift to preach” is not common in everyone who enters the ministry, but was evident and observed by older saints from my earliest ministry. In my teen years, God’s anointing and gifting to communicate His Word attracted multitudes who packed out many churches. This blessing continues to this day.

It is a fact that spiritual impartation is transferable from one generation to another. Paul noted that Timothy was blessed with the same level of pure faith residing in his Grandmother Lois and his mother, Eunice (2 Tim. 1:5). Impartation is possible when individuals connect spiritually and emotionally, such as the case with Elijah and Elisha. The older mentor (Elijah) and the younger mentee (Elisha) were connected before the impartation. Elijah walked in a powerful measure of the Spirit and Elisha received a double portion of his mentor’s anointing (see 2 Kings 2).

What are Your Gifts?

I have met believers who honestly feel that they have no qualifications or special gifts that God can use for His Kingdom. Having traveled across the world for 37 years, I have observed the thinking of Christians that have convinced themselves they are of little use to God, and when gifts were handed out they must have been in the wrong line – as they were bypassed. In reality, one of the issues is that they have the ability but lack the confidence to step out in faith. They become paralyzed with fear when considering any possibility of singing, speaking, writing or helping others for the cause of The Kingdom. Others have a gift, but remain in their present situation as no “door” opens for them to walk into something they would enjoy doing.

When I met Pam, the only job she had ever had was being paid $50.00 a week to babysit three kids. She prayed for the Lord to give her a secretarial position at the University of Alabama, but it never came through. She said she didn’t feel she was qualified to be a minister’s wife, since no one in her family had ever been in ministry and her own parents were backslidden at the time.

In that day, it was expected that every minister’s wife have two abilities: playing the piano and singing. However, the Lord knew I did not need a musician or singer as most churches have an abundance of gifted musicians and singers. I needed a wife, a cook, a person to care for the house and snuggle with me when I felt lonely. Pam’s gift of cooking, hospitality and her nurturing nature serve as a blessing to every person she meets and is in full swing at OCI! She is using her gifts for God’s glory and blessing a lot of people with them.

What gifting do you have? There is more to “ministry” than pulpit preaching. What about greeting, hospitality, children’s ministry, outreaches to the poor, intercession…and the list goes on. Never say there is nothing to do. Whatever your hands finds to do, do it with all your heart. David even said he would serve as a doorkeeper in the House of God and be happy (Ps. 84:10). Remember, God will not begin handing out more gifts until you use the one “talent” that he has given you (Matt. 25:15-25).

Perry Stone is a study in contrasts. He has limited formal education for someone sought after as a Bible expert, yet he’s written more than 40 books. A Southerner, he’s popular in the Northeast. He bases his ministry in a small Tennessee town, yet he impacts the world through television. He is a fourth-generation Pentecostal preacher whose largest group of followers are Baptists—and Roman Catholics are in the top four.

Stone also defies nearly every stereotype leveled at Pentecostals. Affiliated with the Church of God (Cleveland, Tenn.), he can preach like a Pentecostal but usually teaches in a more academic style. He’s on thousands of TV stations, yet he never asks for money—he says God told him not to. Instead the Lord instructed him: “Trust Me.”Rather than asking for donations he sells products on his program. He sold hundreds of thousands of books through his ministry for several decades, but never through bookstores. Yet in March his latest book, Purging Your House, Pruning Your Family Tree, was the best-selling inspirational book in Walmart.

Stone has also produced more than 100 videos and DVDs, hundreds of audio teaching series, and films a weekly television program, Manna-Fest, that’s seen nationally and internationally via cable and satellite on TBN, Daystar, INSP, LeSea and other networks.