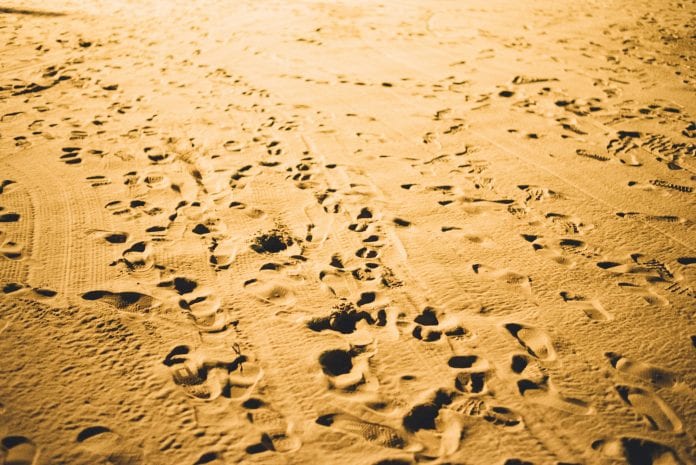 In Numbers 14:36-38, you read that the ten doubting spies died in the plague. Joshua and Caleb were kept alive. Now follow along with me. Joshua and Caleb were part of the spy team sent out to out the land of Canaan. They returned with the other ten spies. Moses asked the reconnaissance. The first spies to speak were the negative ones. It’s almost a principle of life isn’t it? The first ones to speak are usually the negative and doubtful ones. No matter what you’re dealing with. The small thinkers almost all the time speak first.

This is they way it was with the twelve spies. The first ones to talk said; ‘we can’t take the land, they’re giants and we’re like grass hoppers in their sight.’ Joshua and Caleb also speak; ‘We can take the land,’ they said!

Now, this is where almost confusion sets in, because the ten negative spies did perish in the plaque. Joshua and Caleb were spared, and they were ready to go on and possess the land of Canaan. But, guess what! They were demoted, sentenced, whatever you want to call it, to forty years in the wilderness with the Israelites who were whiners, complainers, back sliders, and murmurers.

I know, it didn’t make much sense to me either, until now. You see, here is what’s really going on. Joshua and Caleb were about to face a giant who wasn’t in the Promised Land, but in the wilderness. This giant isn’t human. This giant is an attitude which will test and try your faith. It’s the giant of ‘maintaining the monotonous.’ This is the time in your life and ministry when you will go through the long seemingly dry season of non events. Not much to report, not much to testify about. Feels like you’re not making any head way. No productivity, not much prosperity on your ministry. It’s like a long season of drought.

For Joshua and Caleb, this was a season that drug on for decades.

Now, here’s my point. Everyone who wants to be used by God will have their seasons of facing the giants of maintenance, monotony, and non fruit bearing. There will be those times when you feel non productive, bored, and like you’re verily maintaining.

I have learned after thirty years of ministry that God will allow me to go through seasons like this in order to build muscle in my soul to prepare me for the next season of ministry. There’s no getting around it.

Joshua and Caleb hold the world’s record for delays. Imagine them in the wilderness checking off the days on the calendar. Counting how many days before another year would pass. Impatient? Yes, wouldn’t you be?

Nobody likes to sit and wait. That’s the hardest trick to teach your dog.

We want to be where the action is. We don’t like delays but waiting, staying, and patience is all about God’s timing. It is also about understanding destiny. God knows the things that we know nothing about. God knows and has a purpose and perspective beyond our comprehension. None of us like to be stalled in a season where nothing is happening. We’re not fulfilling goals, and we feel like we’re wasting time.

So, we find ourselves thinking about leaving. We must be out of God’s will. We say to ourselves, ‘my time here must be over.’ But I urge you to understand that this is a vital part of you fulfilling your destiny.

The season of nothing much happening is when God actually does the deepest work in us. He teaches us above all, to be faithful. I have yet to meet a person who was greatly used by God who didn’t experience the season of non productivity.

God didn’t leave Joshua and Caleb in the wilderness. The forty years came to an end. This meant a new beginning. I believe they both would tell us that the forty years of non season was worth the wait. They were better men because of the delays and disappointments. You probably won’t ever be in a season of nothingness for forty years, as long as you remain teachable, patient, and obedient. Your patience is your preparation for promotion. Don’t worry about missing anything. God is in charge of everything in your life, including time, and transitions. Delays are part of understanding your destiny.

Pastor Lloyd Bustard was number 18 out of a family of 19 children, born in the small fishing village of Blacks Harbor, Canada. His teenage years were marked by drugs and rock-n-roll—but such things were no match to the power of praying mother. He got radically saved and was eager for a life lived out in ministry. At the young age of 19 he began ministering under a dynamic prophetic & inspirational anointing. He has been in full time ministry for over 33 years.

In 2001, Pastor Lloyd, his wife Pastor Pam & their 3 children relocated to Charlotte, North Carolina to begin an incredible work and founded World Worship Church where they are the Senior Pastors. With many years of prophetic and evangelistic ministry nationally and abroad as part of their Foundational experience, there is a great expectancy to see the release of supernatural miracles, leading people to restoration and souls being saved! They also oversee a mission in Nicaragua, serving as the spiritual covering for “World Missions Outreach” which feeds approximately 15,000 children a day.

Pastor Lloyd has made numerous T.V. appearances including guest appearances on TBN & TCT networks. He is also an accomplished musician and songwriter and has released several CDs. He is a motivator and leader of leaders.