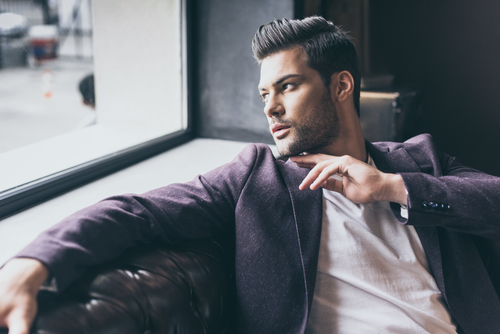 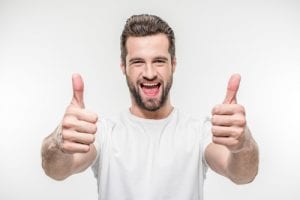 It’s no surprise that males and females are quite different. Research demonstrates that a man’s brain is different than his female counterpart’s. Men process information differently. Men tend to be more focused. Women are better at multitasking. Partially because of these differences, boys grow up learning a distorted view of masculinity.These distortions are reinforced by the culture, and are often passed along by fathers.

Gary Oliver, author of Raising Sons and Loving It! (along with his wife, Carrie), has identified five key myths of masculinity.

Men are typically known by how big and tough they are. They are raised to be competitive. Value is placed on a man’s ability to win, to be brave, bigger, and stronger. Generally, girls are not reared with these priorities.

The truth: True strength has very little to do with the physical. Physical strength has its place, but being a man has to do with so much more, such as developing strong mental, emotional, spiritual, and relational characteristics. This is what it means to be a real man.

Certainly, things have changed in the last ten to fifteen years in terms of the cultural openness to men expressing an emotional side. However, boys are still likely to be reared in a model that precludes men displaying or verbalizing emotions (other than anger).

As children, boys experience a wide range of emotions, yet somewhere along the line, they learn that men suppress emotions and remain calm, cool and collected at all times…even in the midst of crisis. The transmission of this model is often through their fathers.

As they are growing up, boys often hear messages from their dads that girls never hear, such as:

The reality is that men are emotional, even if they are not in touch with their emotions. Love, tenderness, gentleness, kindness, sensitivity, empathy, nurture, compassion aren’t often associated as male emotions, yet these characteristics are attributed to Jesus in the four gospels. Jesus, a man, experienced and expressed deep emotion. Parents will do well to help their boys identify and appropriately express their emotions.

Historically, men have grown up learning that crying is a demonstration of weakness. They learn to repress emotions of pain and grief. Men who cry are chided for being “wimps” or “girly.”

The truth: Real men have the ability to express pain and grief with appropriate tears. Parents should help their sons grow to the place where they can appropriately and securely demonstrate tears in times of pain, grief, and crisis.

From a very early age, boys are bombarded by the culture with sexual images and messages. Adolescent boys learn to share sexual information and stories as if they were first-person experiences, even though most often they are not. This helps to create the myth that guys are experts on sex. This myth wreaks havoc with God’s design for sex and often results in a distorted view of women, an unhealthy focus on sexual performance, and hinders the ability to build healthy relationships with women.

To counter the myth, parents should provide their boys with a biblically-based, values-centered sex education. This shouldn’t be a one-time talk, but rather an ongoing discussion that addresses sexuality in age-appropriate ways.

Myth #5: A Man’s Value is Determined by What He Does and How Much He Earns.

“What do you do?” “How much do you make?” These are often the first questions men hear when interacting with others. Men grow up learning how to compete and what a man does for a living and how much he earns is a key benchmark of value in our culture. This puts a lot of pressure on boys and men, placing an unhealthy focus on the material, rather than the spiritual.

The reality is that this unhealthy focus on career and earnings can hinder men from hearing God’s voice. The Scriptures reveal that “no man can serve two masters” (Matthew 6:24). A man’s real value is determined by his relationship with God. Boys need to be taught to look beyond the cultural yardstick of vocation and money and, instead, to be motivated to place primary value on developing their relationship with Christ. It is through that vital relationship they become the men God has created them to be. 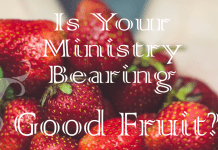 Is Your Ministry Bearing Good Fruit? 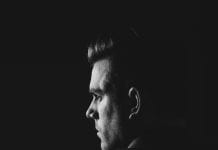 Men of Vision and Purpose