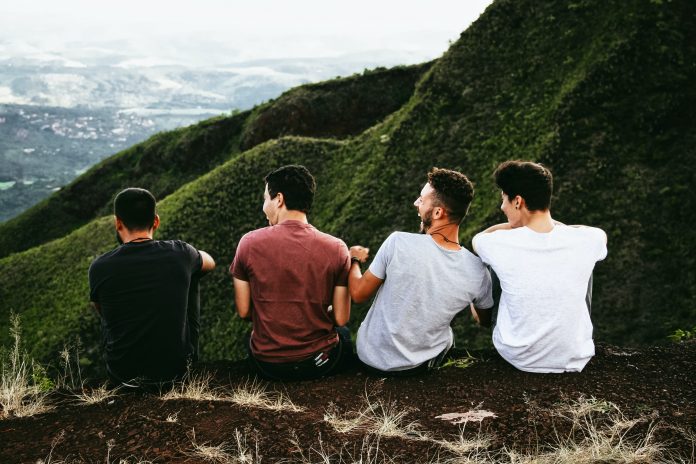 Perhaps the most ironic judgment of all will be wrapped up in the fact that people will be allowed to do things their way, basically apart from God’s influence. They, themselves, will create their own Hell on earth. But, still, this God-free society will be as much a judgment from the Almighty as those that will occur in the second half of the Tribulation, when God pours His increasingly terrible vengeance upon rebellious earth-dwellers.

It will be a worldwide “earth party” of short duration. At the midway point of the Tribulation, the great world leader will prove what, and who, he really is! The man of sin will climb upon that end-times stage for his prophesied rise to unparalleled geopolitical power. He will be a man whose center of origin is in Rome. We know that from the following prophetic passage:

And after threescore and two weeks shall Messiah be cut off, but not for himself: and the people of the prince that shall come shall destroy the city and the sanctuary; and the end thereof shall be with a flood, and unto the end of the war desolations are determined. And he shall confirm the covenant with many for one week: and in the midst of the week he shall cause the sacrifice and the oblation to cease, and for the overspreading of abominations he shall make it desolate, even until the consummation, and that determined shall be poured upon the desolate. (Daniel 9:26–27)

Daniel tells us that the “prince that shall come” will originate from the “people who shall destroy the city and the sanctuary.” This was done in AD 70, hundreds of years after Daniel issued the prophecy. The Roman military, under General Titus and following the instructions of his father, Roman Emperor Vespasian, laid waste to Jerusalem and completely tore down the Jewish Temple atop Mount Moriah.

Antichrist—“the prince that shall come”—therefore, will emerge from the geographical area that comprised the nucleus of Rome. Daniel, here, is describing the evil that this man will commit against Israel and the entire world. Bible prophecy students and scholars agree for the most part that Antichrist will come from a revived Roman Empire. Most believe this to be referring to the European Union as it will evolve and has, in fact, developed to this point in history.

One of the most pronounced scholars, the late Dr. David Breese, framed the emergence of the man of sin and his origins. He gave the things that must eventuate in Europe in order to fulfill the prophecy of Antichrist coming to world power:

The first is that Europe must choose an effective, forceful, charismatic, dynamic leader. In human affairs it is never really possible to put together any great program of unity without that unity being characterized by a person. Leadership means everything in all of the affairs of men. Clever ideas, fine goals, fond ambitions, and lofty hopes are so much empty rhetoric apart from their being embodied in the form of a strong man. Again and again in history, the frustrations of people were vanquished and hope was built within them by the words of a leader. Europe has seen the latest, great example of that in the form of Adolf Hitler and the Third Reich. Pre-Revolutionary France experienced that with the escalation of Napoleon Bonaparte as the emperor. Peter the Great did that for Russia and Alexander for the Grecian Empire of Antiquity. Yes, the key to unity is a charismatic leader. People cannot be beguiled to gather around a strong center unless in the epic center is a person with flashing eyes and visions for the future. He must be the “Man with a Plan.”

There’s one more characteristic, however, that is imperative in order to produce a vortex of history. That component is what the world calls “ideology.” A plan for the future must be characterized by something great to believe, some compelling philosophy, some great truth that draws people up and out of their common, banal circumstances. Passionate unity cannot be created unless the speaker can reach into the vital core of the personality, the spiritual center of everything. Many who otherwise might have been significant leaders, forgetting this, never moved much beyond mediocrity. This quality—charisma perhaps—is found in people only very seldom. It is a one-in-a-thousand, one-in-a-million capability. The ability to press a compelling ideology upon the masses of people is the key to the control of a nation. In that day, the day of the rise of Antichrist, it will be a needed key toward world control. Such a person will emerge out of the European situation. Watch for him.

What could possibly be the trigger mechanism that causes Europe and then the world to turn in admiration and obedience to the Antichrist? There are several possibilities for such a thing in today’s world. They certainly would include the following.

The Man with the Plan

Note that the Scripture says, “For when they shall say, Peace and safety, then sudden destruction cometh upon them, as travail upon a woman with child, and they shall not escape” (I Thess. 5:3). The promise of peace has again and again been the producer of false confidence and the trigger mechanism for war.

The fact is that any kind of percolation—such as a war between small nations—could escalate into a larger conflict and the stated danger of global war. Any one of these developments could cause people and nations to take leave of their senses and opt for global unity. That’s when the “Man with a Plan” will appear. We can be sure that the Antichrist will not have to shoot his way into power. Rather, he will be accepted by a grateful people as the proper custodian of the future.[i]

Israel will, upon this false peacemaker’s appearance, sign on to the covenant of peace as foretold in Daniel 9: 26. It will be a “covenant with death and hell,” according to God’s Word through the prophet Isaiah:

Because ye have said, We have made a covenant with death, and with hell are we at agreement; when the overflowing scourge shall pass through, it shall not come unto us: for we have made lies our refuge, and under falsehood have we hid ourselves.… And your covenant with death shall be disannulled, and your agreement with hell shall not stand; when the overflowing scourge shall pass through, then ye shall be trodden down by it. (Isaiah 28:15, 18)

A leader is coming out of the soon-to-be united Europe who will go “forth conquering, and to conquer” (Revelation 6:2). “There was given unto him a mouth speaking great things” (Revelation 13:5). This mightiest leader ever will come riding the white horse of peacemaking and will confirm the covenant with many for one week. Translation: This leader from a Europe united in a configuration equivalent to the Europe of the Roman Empire days—a revived Roman Empire, a neo-Roman order, of sorts—will make, or confirm, a covenant treaty already constructed, to which Israel will be a major signatory.

The pact will be for seven years, one year equaling one day of the seven-day week indicated in the Scriptures. The “conquering” by the leader at this point is likely to be in the realm of diplomacy. Undoubtedly, he will offer brilliant initiatives, magnified in their allurement by a charismatic, personal charm that convinces Jew and Arab alike to trust him as a friend of all. As the guarantor of the peace not just for that region, but for a global peace upon which can be built a New World order and a new age of prosperity, he will succeed where others have failed. His promises will be sweet to the ears of a world ravenous for such lies.

And lies they will be.

Globe-trotting exploits by would-be peacemakers have met with fates ranging from abject failure to moderate, though temporary, success. We recall seeing a documentary film of the well-intentioned but fuzzy-thinking Neville Chamberlain holding up the piece of paper Hitler duped him into believing was the megalomaniac’s true desire for “peace for our time.” Henry Kissinger impressed us mightily with his seeming inexhaustible energy while pursuing an honorable peace in Vietnam. Even his brilliant efforts ultimately faded and failed. Secretary of State James A. Baker III, of the Bush administration, eclipsed even Kissinger’s air mileage as he jetted in and out of the capitals of the world in search of a formula that would defuse the time bomb that is the Middle East. He, too, failed to secure the lasting peace for which the world hungers, although temporary, superficial “progress” may be made.

There is, as always, movement in the Arab world to bring great pressure upon their avowed enemy, the much-hated Israel. But now they are more devious. They use diplomatic maneuvering rather than their often-failed military force and/or terrorism. They are aided and abetted by practically every nation on earth represented within the United Nations. All, except for a very few, vote against the Jewish state in practically every instance. Thankfully, the United States is able to block much of the hate-filled attempts against Israel in the UN. These types of tactics are most likely what the world can expect from now until Israel is lulled into a false sense of security. The Scriptures plainly teach that diplomatic deception will make it vulnerable to attack. This prophesied end-time, caution-softening process can be sensed.

Groundwork is being laid to bring about the peace God’s Word is against. America’s well-meaning diplomacy might be the effort that makes clear the pathway for the final Führer to perform his diabolical work when his time comes to step upon the world stage.

From this action by Antichrist, in consort with the rest of the world to make a peace that God considers to come from the bowels of Hell, will flow the most horrendous time in human history. Again, Jesus said:

For then shall be great tribulation, such as was not since the beginning of the world to this time, no, nor ever shall be. And except those days should be shortened, there should no flesh be saved: but for the elect’s sake those days shall be shortened. (Matthew 24:21–22)

Following the Church Age, prophesied things will start popping quickly. The man of sin will leap upon the prophetic stage of end-times history for his brief reign of evil. Here, sadly, are some of the things those left on earth can expect to endure:

Antichrist, the man of sin, must even now be lurking just off camera, awaiting his moment to stand under the spotlight of Bible prophecy. If you know Jesus Christ as your Savior, you won’t have to endure this wrath and these judgments. Again, here’s how to escape the Antichrist and his Fourth Reich, Final Solution evil:

That if thou shalt confess with thy mouth the Lord Jesus, and shalt believe in thine heart that God hath raised him from the dead, thou shalt be saved. For with the heart man believeth unto righteousness; and with the mouth confession is made unto salvation. (Romans 10:9–10)