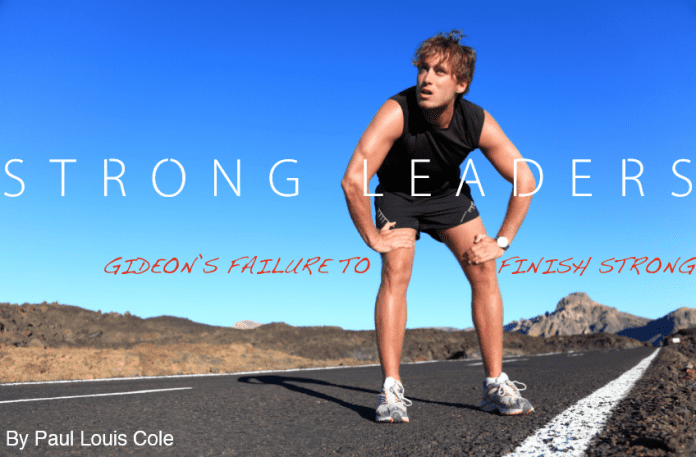 Morgan Uceny, , 2011 world championships, only to get back up and make it to the 2012 Olympics. Then, as the world watched her run the 1500-meter race in the Olympics, . remembered not as an Olympic gold medalist, fastest woman in the world, but as the runner who fell. The focus of her entire life… , , the practice, the coaching, the was watching. Gone.

“ well, who bumped into you and ?” the Apostle Christian faith. Another translation reads, “ nobly. Who has interfered in (hindered and stopped you from) your heeding and following the Truth?” (Galatians 5:6).

Paul called life a race. If life is a race, it is a marathon, not a sprint. That means, we can get when we fall. In Psalm 37:23, 24 we read that when we fall—not if—God will lift us back up. To finish strong, to finish life well, when we get knocked down, we must get back up.

Victory is always on the other side fight. is…ourselves. Though in Christ we are already champions, we each have to run our own race minds. It takes tenacious faith to keep racing.

history. What you put into motion becomes legacy.

David man . young 1958, Pennsylvania to the murderous dens of inner Harlem to reach Christ. Though , David people. transformation, The Switchblade, bestselling , and “Teen Challenge” nationwide. In 2011 at his death, at 80 years of age, he was still , helping to start churches–active to his very last day.

David a nation. In Judges 6 through 8, the voice of God and acts on it. This unlikely of all young men champion. Gideon tore down the altars of Baal. He started a revolution in the nation of Israel, which had succumbed neighbors. He formed an army and won great battles to set his nation free, give them prosperity and turn the nation back to God.

an example our young men and women. A young man who changed his nation for God! Yet, this great man did not finish well.

The last we read of Gideon is, “After Gideon died, the people of Israel turned immediately to worshipping Baal.” What a tragedy… bankrupt legacy.

70 sons, and strong, . But, not one of his men stood up and said, “This is wrong, we will not go back to Baal, we will follow the God of Gideon and of Israel.” Not one stood. His son Jotham later stood up to those brothers, yet Jotham, while defending his family, still did not lead his family or nation back to God.

no indicator of strong purpose . . Just , does . Just because you have passion . A strong start can still produce a weak finish.

Dr. J. Robert Clinton, 1500 major leaders in the Bible and in the modern Church, discovered that of these great leaders over , only 30 percent finished well. Of strong leaders, 70 ! I’m strong, but they did not makes any one of us think that we won’t be one of the 70 ? How can we finish in the 30 percent? , traits, must have to finish strong, legacy, great life.

First: finish. Paul wrote in Philippians 3:12: One thing I do: forgetting what lies behind and straining , I press on toward the goal for the prize of the upward call of God in Christ Jesus.

. What do you want your epitaph ? powerful Ruth Graham, of Billy Graham, own tombstone to read: “RUTH GRAHAM End of construction. Thank you for your patience.”

What you do in life becomes history. What yout into motion becomes legacy.

How do you want to finish your life? Keep that as a focus. It’s the same as teaching children to play basketball. When they begin, they look only at the ball. They must be taught to lift their eyes, going and focus on the basket

power of the life of Jesus Christ, in humanity, was . His . Not , moment. To , to disappointments that so easily hinder us.

Second: . Don’t stop, don’t panic. If you fall, pick yourself up in His strength and keep walking. Jesus was never in a panic. The disciples were, however, . Jesus came as the “Prince of Peace” not the “Prince of Panic.” My father taught, “Failure isn’t fatal, . A champion is not one who never fails, but one who never quits.”

The Bible tells us that there will be difficulties, but that God is our strength. We need endurance. ! “ God defeats this evil world, and we achieve this victory through our faith” (1 John 5:4).

We are in a battle. The enemy wants to destroy you and wipe you out. This is not some little slap fight. This is hand-to-hand mortal combat with only one left standing—let it be you

Three: intimacy with God. Gideon lost his intimacy. He tore down the altar of Baal, but by the end of his life, he created an image to . He God, not God personally, intimately, Himself.

We were created by God to be intimate with Him. He created His Word, , us with His hands, then and breathed His breath into us. We were made to come alive in His presence.

God, that Jeremiah said, “the shepherds are stupid and do not inquire of the Lord” (Jeremiah 10:21)

Gideon was a powerful man who began to live on his past victories. He was ready just to “do church” the way they always did it. And when he died, everything he had worked for, sacrificed for, wept over…was gone.

Victory is always on the other side of a fight. There are always obstacles and battles, but when we focus, keep walking, stay intimate—in other words, follow Christ with all of our hearts—we can finish life strong.

Paul Louis Cole is President of the Christian Men’s Network Worldwide and Founding Pastor of C3 Church in Dallas, Texas. CMN is active in 138 nations, connecting over 86,000 leaders. Paul writes, speaks and travels extensively encouraging and advancing the men’s movement around the world.Paul has been a business owner, global marketing consultant and award winning television/film producer for over 30 years… and he has a lifetime membership at Starbucks. You can read his blog at www.paullouiscole.com.