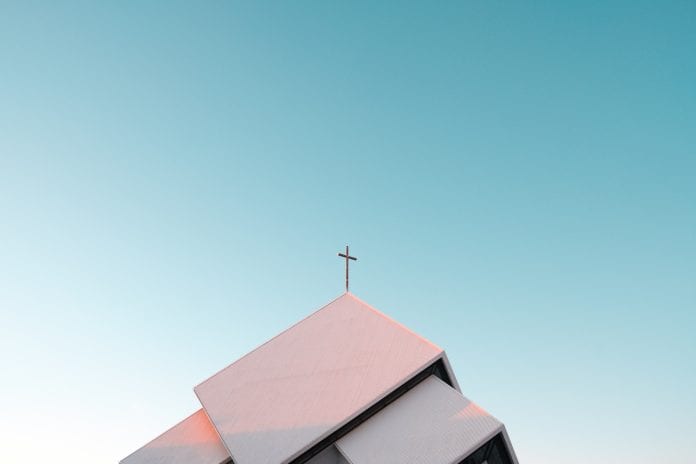 I couldn’t take it anymore. I lived on Adrenalin and it was starting to impact my health. I was doing everything I learned from the “successful” gurus. Most of the ministries that I ran grew in size. The problem was I felt increasingly distant from God and I had a growing concern that I was not “making disciples” or if I was, they were milk-drinking infants that were draining the life out of me. I began to doubt the way Americans measure success in ministry. I was growing weary in “doing good.” I felt like I spent all my time like a deranged hamster trying to get somewhere by doing the same thing over and over and over. Nothing at the conferences seemed to help; it all seemed to be the same stuff with different packaging.

But that was six years ago, and things are much different now. Six years ago, I became the senior pastor of a new church and we called it “The Barnabas Project – Church of Second Chances.” We are not a big church, but we have a small satellite campus, a video ministry, a homeless ministry and nearly 100% participation in volunteerism. Our monthly prayer/meeting averages 70% of our adults. Our congregation is 60% male. More importantly, I am not living on Adrenalin any more. I couldn’t work with the people in our church if I were, because Adrenalin and love are incompatible. I had to get spiritually healthy and adrenaline was the opposite of what I needed.

It took longer than I expected, but people who know me will tell you that my life changed noticeably when I applied these (not for cowards) simple but difficult steps. Here are some ancient practices that gave me the bedrock of faith that allows me to resist getting back on the fast paced, hamster wheel that is the adrenaline-driven life…

I practice FASTING: I was relieved to find out it doesn’t have to be food. Fasting is about making time for prayer. Cut out what takes up the most time for 1, 3, 21 or 40 days. I started small! I picked one thing to pray about during that time. I told people and then I did it. For example, over the last six years I have fasted one full day of talking, one month of Facebook, meat, dessert, talking to the extended family, football games, Starbucks and other things that would make space for prayer.

I practice reflecting with God: In addition to regular study for a sermon or a class, I took even one verse a day and reflected on what it meant when it was written and how it might apply to now to me. I learned to look at the Word expecting something new and life-giving. God is still faithful. He loves doling out hope.

I practice a regular time for PRAYER: I learned to take it out of the work day. It is my job! Sure everyone else has to make time outside of work, but this is my work. A researcher told me the number one thing in common in thriving churches is a pastor that has an uninterruptible time with God (not immovable, but non-negotiable).

I practice LISTENING for God in prayer: Prayer is asking, so I learned to ask. Then I listen. Often an idea would come immediately or over the course of the day, or circumstances would point towards an answer. (Be still… He is God.) Also, I continue to find, that specific requests get specific answers. My faith grew when I saw prayers answered.

I practice COMPLAINING: I found someone safe to talk to about my frustrations in ministry. As a verbal processor, this was necessary for me. Often just in the telling of my frustration, the largeness of it would diminish. I voiced the troubles and they no longer loomed so large in the recesses of my mind, driving me to manage them as if they were BIG problems that needed to be solved.

I practice being AWARE of the presence of God: I’m really bad at this, but I am learning to turn to the Lord when I feel the urgency to “Do Something,” “Fix Something,” or “Manage Someone.” Now, when I start heading back toward the hamster wheel, numerous people in my life, but especially my spouse, ask me what I have heard from the Lord concerning this or that. This continues to stop me from going back to the tyranny of the urgent, driven life that I see so many pastors living. When I look for the Lord in the situation, there is consistently a return of peace.

Now, you and I know that we are stewards of an ageless, timeless story that is supposed to transform culture, not somehow strap itself to culture and be driven by it. We are called to be culture changers, not culture chameleons changing color every time the latest fad rolls through Christendom. So what if my sanctuary screams 1972! Is the presence of the living God there on Sunday? Do I carry that presence with me? Are there people in our churches, who have been transformed from death to life? These are the measurements that matter. The only thing that will give you the kind of roots to weather the storms of cultural change blowing through your congregation like a twister on steroids is a rootedness in Jesus Christ that keeps you from falling over even when those winds threaten to tear the roof off. We are called to reach past the gates of hell and yank people that God loves back from the jaws of eternal death. We are called to tell those who have no hope that there is hope in Jesus. We are those who know Him and can make Him known. If we get so busy that we don’t know Him so well any more… well… He is always ready and waiting to meet with you and restore that relationship that includes lying down by still waters and having your soul restored. I found this to be true.

I have found that the stillness and the greatness of God can be felt and bring stability and serenity in the middle of what appears to be chaos. Just remember, “the snake lies;” he may be the power in the world, but we are clothed in the power that overcomes the world. Don’t let the snake define you. Pause long enough every day until you know who you are… because YOU are HIS and nothing can snatch you from His hand… being driven is not the status symbol of the kingdom. Being exhausted is not proof of your devotion. Being unshakable comes from being planted on the bedrock of a consistent relationship with the Lord. There is no other foundation for ministry. Adrenaline is a God-designed response to threats. Adrenaline is a sign that we are operating in fear rather than faith. God’s perfect love casts out fear; it doesn’t generate it. I’m one example that escaping that feedback loop is possible.

Like many pastors, Pastor Crystal Guderian grew up in church. She has spent the last 15 years trying to learn to be a regular person following Jesus, instead of a church person. She holds an Associates degree in Engineering from EvCC, a Bachelor’s degree in Sociology from the University of Washington, and a Master’s degree in Theology from Fuller Theological Seminary.Pastor Crystal is married to a man named Jeff, who is a Molecular Biologist and has a reputation for dressing… um… uniquely. They failed to produce children, but have parented many. Visit Pastor Crystal at The Barnabas Projecet: www.b4sq.org

Will Your Social Circle Help You Lose Weight?

Are You an Undiagnosed Adult With ADHD