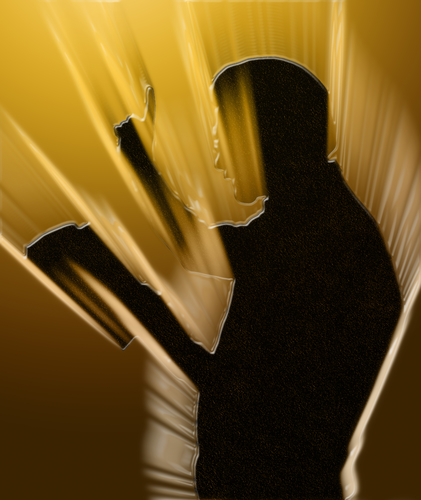 What do you do when you have an important message to communicate?

If you’re like me, you may repeat yourself. In fact, if you’re a parent, then you probably repeat yourself to your children on a daily basis. Why? Because repetition helps ensure that your communication will stand out. And it needs to stand out, because the world offers competing messages to deceive and defeat those under our care.

So what should we be repeating in our ministries? A survey of Scripture reveals several recurring topics, most of which revolve around the theme of redemption:

God, the Creator of the universe, is holy.

Humanity, the apex of God’s creation, broke fellowship with God because of sin.

Christ, fully God and fully man, came to restore humanity to the Father.

Salvation cannot be earned; it is freely given—that’s why it’s called grace.

Faith is the key to receive what God has done for us.

The Holy Spirit indwells us for the purpose of equipping us for the Christian life.

Against a backdrop of repeated themes overtly related to redemption, it’s easy to overlook other repeated messages in Scripture. One such theme answers the question, What does the Lord require of us?

It’s a question many Christians are asking today. “I’ve been redeemed,” they say. “But then what should I do?”

One answer is found in three parts, and is repeated in the Bible at least three times.

The first occasion is found in Moses’ restatement of the Law in Deuteronomy 10:12and 18-19 NIV:

God’s people were to reverence him, obey and love him, and serve him. Their service was to reflect his attributes of justice and kindness, especially to the powerless.

Seven hundred years later, the Israelites were caught up in the trappings of religion. Like many people today, their hands were busy with religious activity, but their hearts were far from God. So the Lord sent his prophets to plead with the nation to turn back to him.

Speaking through the prophet Micah, God asked His people a simple question. “What does the Lord require of you?”

It’s a question many are still asking. What does the Lord require of us? It is not a trick question now, nor was it then. “He has told you…,” Micah said. Would they remember the answer?

God had told them what he wants. Justice, kindness, and a humble walk with him in faith. Instead, the people were consumed by religious ritual. Multiple sacrifices were offered in the temple, but their hearts were not engaged. They followed the letter of the law, but not the spirit.

God wanted a people in relationship with him, so he spoke through Micah to remind them of his word.

“He has told you, O man, what is good; and what does the Lord require of you but to do justice, and to love kindness, and to walk humbly with your God?” (Micah 6:7-8 ESV)

But this isn’t only an Old Testament principle. Essential principles expressed in the Old Testament are often reiterated in the New Testament. It is clear God wants his children to remember these principles as his people move from being under the Law to experiencing the outpouring of his grace in Jesus Christ.

The Messiah came seven hundred years after Micah. His message was one of restoration. Once again, God called his people back to him. But the more things change, the more they remain the same. Ritual gripped God’s people. The Pharisees had added oral traditions to their application of the written law. They believed that ensuring ceremonial purity would earn God’s approval.

Jesus was outspoken in His criticism of the legalistic burdens the Pharisees placed on the people. Much like the nation during Micah’s day, they just didn’t get it—God is interested in the heart as much if not more than external ritual.

His exposure of their hypocrisy is encapsulated in Matthew 23:23 ESV, “‘Woe to you, scribes and Pharisees, hypocrites! For you tithe mint and dill and cumin, and have neglected the weightier matters of the law: justice and mercy and faithfulness. These you ought to have done, without neglecting the others.”

What about us, today? Are we so preoccupied with external, religious behavior in our own life or in our ministry that we neglect intimacy with the living God? Are our hearts fully engaged in a relationship with the Savior who died to restore us to him, or do we “go through the motions” in ministry?

Do we encourage those in our ministries to leave justice to the courts or to practice it in daily relationships?

Do we encourage them to meet the necessities of others at their point of need, or do we model mercy and kindness only when it is convenient for us?

Are we faithful to obey the voice of the Holy Spirit in every area of life, or are we holding back—perhaps deciding that in some areas, we know better than God what is best for us and our ministries?

The first time God said it, he was establishing the basis for a relationship with the new nation of Israel. The next time he said it, it was to remind them that they had missed the point. The third time, God sent his Son to deliver the message in person.

Justice. Mercy. Faithfulness. Proclaimed by Moses, repeated by Micah, and confirmed by Jesus. It is a message that bears repeating…to ourselves first, and then to those we serve.