Angela* was 13 when she first encountered Bob Anders*—an employee in her church’s popular high school ministry. Bob was an enthusiastic and well-respected leader, often inviting students to his home for movies, ice cream and swimming. Bob’s wife was usually present, but her advanced pregnancy commonly caused her to retire to her bedroom before all the kids left her home. Initially, Bob’s interest in Angela seemed affirming and friendly—she felt cared for and special. When he offered to drive her home after a youth ministry event, her mother was appreciative.

What Angela’s mom didn’t know was that Bob had “friended” Angela in social media, and was messaging her privately. The messages became flirty, then aggressive, then overtly sexual. Within two months, he manipulated Angela into meeting him privately, alone. By the third month, Bob had set up private meetings where he sexually assaulted the teen, telling her their “relationship” must remain “secret” until he was able to leave his wife.

Neither Angela, her mom, nor Bob’s church leadership knew he had participated in this behavior with young teen girls in at least two prior congregations. Sadly, one of the prior ministries knew of the inappropriate behavior, but held both Bob and a 14-year-old girl responsible: firing him and shaming her. No report was made to criminal law enforcement, and Bob was able to simply move on to the next place.*

In general, Church members naively believe that their church is a safe environment for children and youth, laboring under the misconception: “it won’t happen here.” Unfortunately, child sexual abuse has infiltrated every possible activity, organization or area once thought to be danger-free, kid-tested or mother-approved – including Christian ministries.

Conservative studies indicate one out of four girls and one of six boys will be sexually abused before reaching 18 years of age, regardless of religious or socio-economic demographic. The epidemic is truly widespread, and ministries are regularly caught in the aftermath.

Sexual predators have increasingly endangered the church and its children because ministries fail to understand the problem or recognize the risks. The reality is that sexual abusers seek access to victims where the barriers of protection are low, and, sadly, in our culture the barriers tend to be lowest in neighborhood churches.

The positive experiences and knowledge gained at church are invaluable to a child’s future, but the opposite is true if a child is abused while participating in ministry activities.

Every church has a responsibility to do everything reasonably possible to safeguard  children, as well as staff members and volunteers who work in ministry programs.

Following are four realities your church should know about child sexual abuse:

1. No one and nowhere is immune.

Sexual abuse is not limited to any racial, ethnic or socio-economic class. It is no respecter of any religious denomination or creed. Protestant denominations have been tempted to call child sexual abuse a “Catholic problem;” this is simply not true. A random Internet search will reveal dozens of new articles each day  reporting sexual abuse allegations arising in Protestant churches and ministries in the United States. Child sexual abuse can happen anywhere.

2. Background checks and child-tag systems are not enough.

Many churches believe criminal background checks are a “silver bullet” in screening staff members and volunteers who work with children. Yet, statistically, less than 10 percent of sexual offenders ever encounter the criminal justice system.  As a result, more than 90 percent of offenders have no criminal record to check.

Similarly, child-tag and surveillance systems alone will not adequately address the risk of child sexual abuse, because 90 percent of child sexual abuse is perpetrated by a person known and trusted by the child. Camera systems, working properly, may provide additional surveillance and an effective deterrent, but are limited to the specific area of installation. A church may get hours of footage of an abuser grooming a child for abuse—largely useless if the person reviewing tapes is unable to recognize “the grooming process” of the sexual offender. Additionally, as children move to middle school and high school ministries, programming becomes less structured and contained, and more geared to activities outside the church facility.

3. You have a responsibility to report suspicions of abuse.

In many situations where church leadership are confronted with allegations or suspicions of sexual abuse, leaders elect to take a discipleship approach or simply dismiss the volunteer or staff member rather than reporting to criminal authorities. This approach is detrimental to the child who experienced abuse, other children who may be victimized, and the ministry itself, given current statutory reporting requirements.

In many states, all adults are mandatory reporters of child abuse or neglect; required to report any suspected abuse – whether sexual, physical, emotional or neglect. In other states, clergy, camp personnel, teachers and medical professionals are required by law to report, among other professionals.

The best practice? When in doubt, report. Don’t undertake an investigation to determine if alleged abuse did or did not occur as a condition of reporting. If you do, those outside your ministry may interpret this as cover-up after the fact.

4. Child sexual abuse can be prevented.

The single most important step a church can take to prevent child sexual abuse is to train your people to understand the problem. When staff members and volunteers have an awareness of the basic characteristics of the sexual abuser, the process by which an abuser picks and prepares a child for abuse, and key indicators of child sexual abuse, they are better equipped to recognize and prevent abuse in church programs. 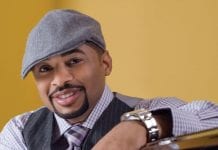 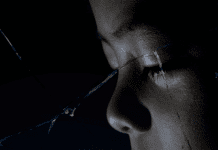 How The CHURCH Can Better Support Victims of Sexual Abuse

Taking Action. Speaking Out For Change. “One voice can make a difference. I’m standing for meaningful change.” 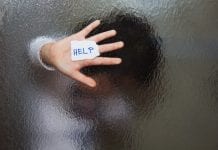