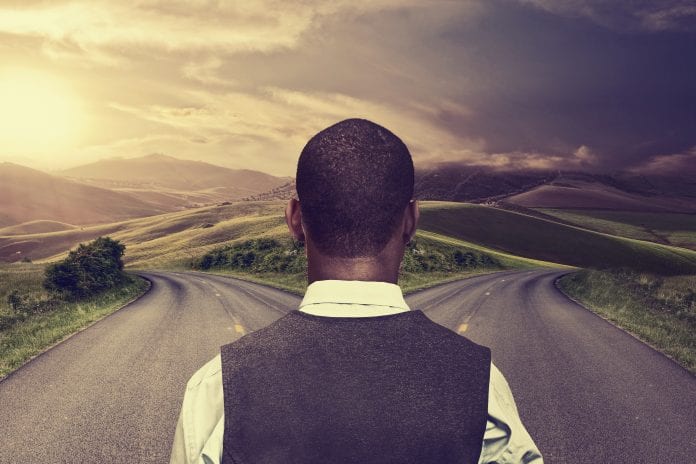 “Would you rather have an easy road with fewer fruit or a hard road with more fruit?” This is the question Alex Kendrick, the director of the Sherwood films Facing the Giants, Fireproof and Courageous, heard one day as he conversed with His Creator. It was as if he heard it, word for word, from the Lord Himself.

As you pass that question through the channels of your mind, know that your response will announce the life you desire to live. Most Christians say they want to live by faith, but when faced with the reality of exercising their faith, they discover it’s not as strong as they had hoped. They would rather live the comfortable life. And yet, there are a few who will boldly say, “I want the hard road!” These are the individuals who long for what I call “the OUTRAGEOUS life.”

If you’re one of them, then I know this about you: You understand that God wants to do something OUTRAGEOUS with your life. You know He made you on purpose and with a purpose; and He does not want you to waste your life.

Ephesians 2:10 says, For we are God’s handiwork, created in Christ Jesus to do good works, which God prepared in advance for us to do.

In Judges 6 we read the story of Gideon, a young Israelite who is doing the best he can to avoid drawing attention to himself. We know this because he’s hiding in a winepress. He just wants a simple, comfortable life. He just wants peace. His life has been nothing close to peaceful as the Midianites have made it a practice to come into his region, take the Israelites’ food and camels and wreak total havoc.

However, Gideon fails to go unnoticed. Fortunately for him, he does not catch the attention of the Midianites. On this day, he catches the eye of Jesus, who tells the young man that it is time to elevate his faith. In this conversation between Gideon and God, we discover three great truths that will enable us to begin to live an OUTRAGEOUS life.

When Jesus announces His presence to Gideon, He begins with the greatest proclamation: “The Lord is with you!” (Judges 6:11,12)

Do you find any assurance in knowing the Lord is with you? Before any of us can attempt anything OUTRAGEOUS for the Lord, we must be sure that He is with us, rather than launching out on our own, hoping He’s there. Far too many believers get ahead of God and find out too late that their power will only take them so far. But when we know the Lord is with us, we live a little bolder and attempt greater things than we ever thought possible.

My wife was assisting with a program in our state (SC) and the host committee felt that a letter from our governor to the guests would be a nice touch. Commissioned with the task of securing the letter, she called and connected with someone in the governor’s office. They loved the idea and agreed to get started right away.

A few days passed with no letter arriving in our mailbox. After a few more days of waiting, my wife called back to get an update, since the event was quickly approaching. The call limited her to leaving a recorded message. She was running errands at the time, so she left a message and continued checking off her To-Do list.

One item on the list was a stop at the local pet store. As she stood in line to pay for her items, the phone rang. She recognized the number as the governor’s office. A pet store is not the ideal setting for this kind of call, but she felt she couldn’t put it off, so she answered as she checked out. The multi-taking was going quite smoothly. In fact, she noticed an increase in customer care while she finished her phone conversation.

On the way out to the car it occurred to her why she had just received the VIP treatment. In her conversation she needed to stress the urgency of getting this letter and said, “I know your staff is very busy, but I must have that letter from the governor in my hand in two days.” She figured the checkout clerk must have wondered, who is this lady that is ordering the governor around?

When we know the Lord is with us, it gives us a little more confidence and trust to attempt the OUTRAGEOUS. In our hands life gets messed up, but in God’s hands it gets blessed up.

In the same breath in which he announced that He would be with Gideon, Jesus also recognized and declared Gideon’s potential as a leader. Look carefully at the end of His proclamation:

God knows what you are capable of doing for His kingdom. He knows it because He wrote your story before you were ever born. Check out Psalm 139:16:

“Your eyes saw my unformed body; all the days ordained for me were written in your book before one of them came to be.”

Far too often our lives are simply God waiting for us to catch up to Him. The hold-up is our lack of faith and trust. We limit ourselves because we aren’t willing to embrace the opportunities to grow into the people He created us to become.

#3: Our Obstacles are His Opportunities

If God is going to use us to do something great for His kingdom, something is going to get in the way. Moses had Pharaoh, Noah had the people who mocked him, David had King Saul, Jesus had the Pharisees, and Gideon had himself. When Jesus announced the charge for Gideon to lead his people, Gideon could only see failure, not victory:

“Pardon me, my lord,” Gideon replied, “but how can I save Israel? My clan is the weakest in Manasseh, and I am the least in my family.”(Judges 6:15)

There will always be obstacles. But the difference is in how you look at them. It’s all a matter of perspective. Your perspective will either hold you back or propel you forward.

Once there were twin boys: one was an incurable optimist; the other a pessimist. The parents were worried about the extremes of behavior and attitude and finally took the boys to see a psychologist. The psychologist observed them a while and then said that they could easily be helped.

He explained that they had a room filled with all the toys a boy could want. They would put the pessimist in that room and allow him to enjoy life. They also had another room filled with horse manure. They would put the optimist in that room. Later, having done that very thing, they observed both boys through two-way mirrors. The pessimist continued to be a pessimist, complaining that he had no one to play with. When they went to look in on the optimist, they were astounded to find him happily digging through the manure. The psychologist ran into the room and asked what on earth the boy was doing. He replied that with all the manure, he was sure there had to be a pony in the room somewhere. (Source Unknown)

Don’t let your self-imposed limitations keep you from discovering all that God can do in and through your life. Step into the opportunities He places before you, knowing He will be with you. Remember: He already sees your potential! And when you do step out for God, you will begin to discover a life that is full of fruit–a life that will allow you to bring honor and glory to His name.

Dwayne is a blessed man with an amazing family. He and his wife, Angela are class of ’91 graduates of Clemson University. They and their three outstanding children reside in South Carolina. He is a minister, blogger and author of “The OUTRAGEOUS Life.” He loves working with individuals and non-profits to help them maximize their life and their mission. You can keep up with Dwayne at www.MorrisMatters.com and www.RediscoverTeaching.com.