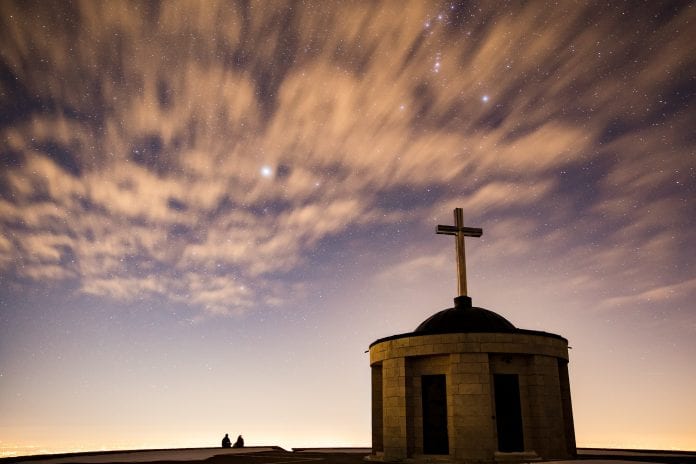 As I walked through the doors of a rented high school building, I thought, ‘Why don’t we have better courtyard signs? Why is the worship music not playing in the parking lot like I’ve asked fifty times?’ Once inside, I noticed our directional signs were looking rather stale – a term we like to use to describe something that needs a fresh makeover. Even the refreshment area seemed to be the “same old, same old.” I hoped to find something different as I walked into the main auditorium, but immediately I could tell something was off with the sound. It needed more punch, more bass, more boom, more clarity, and more time to tweak out the issues. Such is the life of a mobile church planter; it seems the elusive “excellence” never appears.

If you’re a church planter, you know exactly what I’m saying. Regardless of your best weekend, there always seem to be a few things off. Like so many other leaders out there know, it can get under your skin when you spend additional time wondering, How can we do this with excellence? I have learned over the past six years that servant leaders (a term we use to refer to our volunteers) need isolation from my concerns. I admit, there have been too many good people who have heard or sensed my frustration and, unfortunately, felt as if they weren’t good enough for the task of building the local church.

What’s the problem with this self-proclaimed “excellence-a-holic?” It started when I left my previous assignment at Radiant Church. I was privileged to serve as the Executive Pastor in Surprise, AZ, under the leadership of Pastor Lee McFarland. Named the 18th fastest growing church in America in 2005 by Outreach Magazine, the quest for excellence was a primary concern. If running a church was a twelve-cylinder engine, almost every week one or more cylinders never fired. The tension remained in my life as I transitioned to a startup church. I tend to struggle with comparing our 350-person church to the more than 6,000-person church; the two can never compare because they are in different leagues.

What I didn’t understand, early in our church days, is that we should avoid the desire for excellence. And–let’s be honest here!–many times the word excellence is heard as a code word by the people in our church for perfection. Therefore, we are not striving for perfection at Ridgeline Church; we desire to make progress. I define progress as making sure that every ministry avoids becoming static by growing in planning, preparation, and presentation. In the ministry, there is no such thing as maintaining. You are either advancing the kingdom, or slowly giving up ground, but one cannot maintain. I hope this statement relieves the tension of many struggling pastors. However, the question remains: What is progress?

Progress is defined as effectively achieving the mission Jesus gave to every Christian. That mission is two-fold: Love God, love others.

More specifically, love God with everything that’s humanly possible, and love other people so much that they naturally come to the saving knowledge of the Lord Jesus Christ. So you have to decide one thing in your church; do you want “excellence,” or “effectiveness?” I have seen so many churches that were polished and looked great on the outside, but as the writer of 2 Timothy reminds us, they had a form of godliness, but no power to back it up.

Conversely, you can have a church that seems to miss all the markings of excellence and yet, at the end of the service, hundreds of people commit their lives to Jesus Christ. As a friend, Scott Hagan at Real Life Church, Sacramento, once stated, “We have to admit there is something mystical about church growth.” Without ministry effectiveness, the church is nothing more than a community center. Many would argue, “No, that is what excellence means – being effective with our mission.” However, most define excellence as I have, or as one pastor of a large church recently said, “Not letting anything offend the guest, except the message.”

Since the reader is primarily a pastoral audience, I feel compelled to introduce a couple of biblical considerations. The first is the account of Peter and John standing before the Sanhedrin in Acts chapter 4, wherein the disciples are questioned about their authority to teach and heal in the name of Jesus. The Bible states, “Now as they observed the confidence of Peter and John and understood that they were uneducated and untrained men, they were amazed, and began to recognize them as having been with Jesus” (4:13 NASB). What’s striking about this passage isn’t how the Jewish leaders regarded the disciples in public communication. It was obvious to them that Peter and John were uneducated and untrained. But in seeing the outward signs of courage, the Jewish leaders realized the men had been with Jesus. The disciples teach that you cannot give out that which you haven’t first received. Therefore, if Jesus is what you choose to give away, it’s impossible to do so if you haven’t spent a good amount of time with Him.

The second example I want to share is Paul’s rebuke of a few particular individuals in the Corinthian church. These individuals doubted that Paul would come to the church and arrogantly raised themselves up as its teachers. In response Paul declares, “But I will come to you soon, if the Lord wills, and I shall find out, not the words… but their power. For the kingdom of God does not consist in words but in power” (1 Cor. 4:19-20 NASB). As you follow Paul’s ministry the word excellence doesn’t come to mind. The words pain, suffering, and trials come to mind. You never once hear the Apostle of the Gentiles stress the idea of quality greeters, parking lot attendants, clear signage, and a sound system that rocks. I’m not suggesting that you neglect these ministries. However, in this slick marketing culture, it’s natural for people in the younger generation to ask, “How much of this is image and how much of this is God?” It’s difficult to raise an objection when the power of God manifests itself in the church.

I have seen so many churches that were polished and looked great on the outside, but as the writer of 2 Timothy reminds us, they had a form of godliness, but no POWER to back it up.

Something can be learned from a recent article written by Brian McLaren in Parse, Leadership Journal, titled, “Scum of the Church: How the Drive for “Excellence” is Driving Young Adults from the Church.” In his article, McLaren writes, “Today’s young adults see a generation of baby-boomer Christians that has striven for ‘excellence’ in every part of church life.” Further along, McLaren concludes, “Church is too slick, too good, too polished to be real. And the twenty-something hunger for raw authenticity just doesn’t fit.” If his conclusions are true, the danger of this cultish desire for excellence is that many in the boomer generation are inadvertently pushing away the next.

In our church, we combat the slick imaging and marketing when we value things like authenticity and mistakes. Dr. John Maxwell wrote, “There is no failure; only learning.” If that is true, then every weekend seems to grow our knowledge! Routinely, I make jokes or statements from the stage that many would consider questionable. It’s not intentional on my part; it just happens. Our guests have often stated, “One of the reasons we like Ridgeline Church is because it’s normal.” I’m going to take that as a compliment because inadvertent humor often shows up on Sunday mornings. Does your church value humor and mistakes or do you try to avoid them at all cost?

In conclusion, if excellence means progressing forward and advancing the kingdom of God, I am totally with you. I believe that God challenges every individual believer to go make disciples. However, if excellence means a consistent desire to improve toward an illusive level of perfection, the younger generation will walk away. No amount of marketing, no polish or slick presentation can substitute for the role of the Holy Spirit in convicting the world of sin. The danger of the cultish shift towards “excellence” is that it removes one of the primary functions of the Holy Spirit. It suggests that if your church is good enough, lives will be changed. I am so glad the New Testament Church started out with untrained, unschooled, and ordinary men; otherwise, we might not be here today.

Christianity Today, “Scum of the Church: How the Drive for “Excellence” is Driving Young 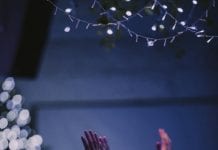 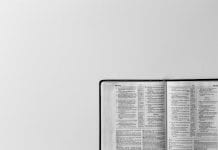 If you could do something TODAY that would impact the rest of your life – would you try it? 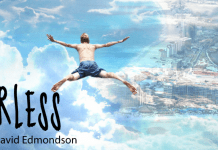 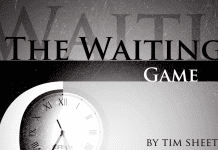 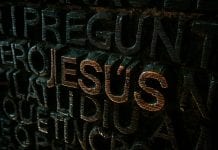 Jesus Will Work It Out…or Will He?