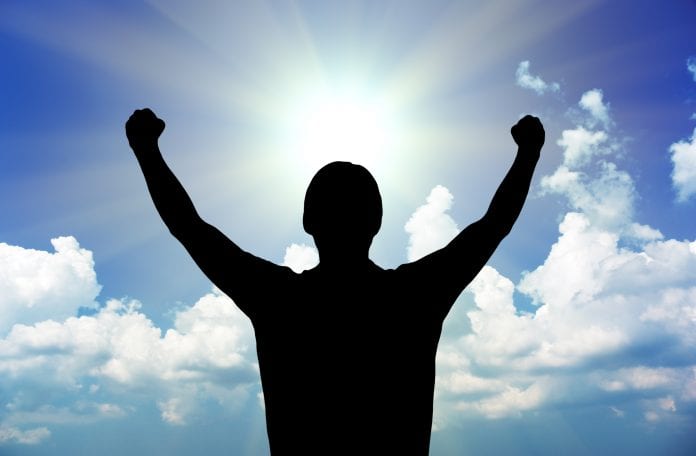 There is a principal in the Bible that indicates those who are hungry will receive what they hunger for. As I survey the landscape of the church as a whole, I see Christians that are hungry for so many different things: hungry for a new car, bigger home, spouse that will love them, acceptance by some person they know, and the list goes on. In and of themselves, those things are not bad. The question is: What has happened to the hunger of the church for the power of God?

I had someone from a major evangelical theological school say recently that if we want to build a church, then our services must be short, quiet and non-threatening. I’m not suggesting 3 or 4-hour services, but many churches are serving up a message that doesn’t deliver the drug addict, set the captive free or see the sick healed. It doesn’t matter how motivational a preacher may be on Sunday if it doesn’t help you to stand against the devil on Monday.

I believe we are living in a day that if you will allow the real power of God to be manifested in your services, people will flock to your church when that word gets out. I understand we’ve had a lot of flaky stuff passed off as the power of God in times past … weird manifestations, feathers falling or oil appearing. What does it prove if some feathers fall from the ceiling? Jesus walked in His ministry on earth for approximately 3 ½ years and never once do we see it recorded that feathers fell around Him. But we do see that the lame walked, the dumb talked and the demonics were delivered. In His life we see that it was very natural to walk in the supernatural.

Look at what Jesus said in Mark 16:17-18: “And these signs will follow those who believe: In My name they will cast out demons; they will speak with new tongues; they will take up serpents; and if they drink anything deadly, it will by no means hurt them; they will lay hands on the sick, and they will recover.” Jesus tells that even the believers, not just He or the
disciples, would walk in the supernatural. The demon possessed should be getting set free in our midst, the sick should be receiving their healing in our midst. The New Testament church was born out of the supernatural. We’ve allowed something to slip away for the sake of building big churches.

I recently heard about a church that had built a new building with all the modern facilities including a hip coffee bar. To advertise it, they developed this radio ad that went like this: “The power of God or a latte. We’re so excited about both, we’re not sure which one to talk about.” First off, a latte has nothing to compare with the power of God. To even mention them in the same sentence reveals a problem with the modern church. The programs, the fellowship, the coffee bar has become as or more important than the power of God. What did we do before coffee carts, fog machines and HD video projection? We came to church with a hunger for the power of God. God showed up and healed the sick, delivered the demon possessed and set the captive free. The modern technology is great, but that should only be there to help us communicate the message more effectively. That should not be the drawing card. The drawing card must be the power of God to change lives. I thank God for the dozens of people I’ve seen get up out of wheelchairs. I’ve seen 2 or 3 people raised from the dead and countless numbers of people healed from some type of sickness or disease. This is what the New Testament is all about.

I believe with all of my heart that a great move of the supernatural is just around the corner. The power of God we witnessed and heard about from the great healing revivals is nothing compared to what’s on the horizon. God wants to reveal Himself to this world in His supernatural power and manifestation of the miraculous. I believe it will happen in those churches that are hungry for the power of God and those that give Him the open door in their services. I’m not saying your entire service every week should be nothing but signs and wonders. We still need teaching and need to incorporate worship, but if we would begin by taking just 5-10 minutes in a service allowing God to just be God, some pastors might be amazed what He would do.

We must teach our people the importance of a hunger for God, but we also must demonstrate a hunger for Him. Teach on the supernatural, healing, miracles, gifts and signs and wonders. Build an expectancy for the miraculous, not just some new program. Create a culture of the supernatural in your ministry and watch what happens. When people begin to get healed and set free, they will go back and bring their friends who need to be healed or set free. Soon you’ll see revival break out without any help or promotion. It’s not time to relax. It’s time to reload! The world is hungry for the real supernatural. They’ve been fed a counterfeit by the world. When they see it coming from the church and what God can do, they will want what you’ve got. “Blessed are those who hunger for they shall be fed.”

Dr. Jim Willoughby & his wife of 36 years, Ireta, serve as Senior Pastors of Echos of Faith World Outreach Ministries located in Ontario, California. Over the past thirty years, EOF has grown from sixty members to one of the largest congregation in Ontario, as well as one of the largest Word of Faith ministries in California. EOF has a beautiful 9-acre campus that includes a Family Life Center, Youth Center, Kingdom Kids Education Center, a new Fitness Center and Administration Building. Dr. Jim’s education includes study through the Berean School of the Bible and Bethel School of Theology, where he received his Doctor of Divinity. He recently received his Doctorate of Ministry through Next Dimension Bible College. During Dr. Jim’s tenure as pastor, over 52,000 decisions for Christ have been recorded at EOF, with countless others whose lives have been transformed through the preaching of the Word of God, food distribution, community outreaches and crusades.

Outside of his duties at Echos of Faith, Dr. Jim has served on numerous boards throughout the community including the City of Ontario Parks Commission and currently serves as Planning Commissioner. He is also the founder of “Champions for Christ”, a men’s discipleship program used around the country and has participated in AIM, Athletes Internatio-nal Ministries. Currently, Dr. Jim serves as President of the International Convention of Faith Ministries, of which he has been a member for over 25 years. Dr. Jim also sits on the board of Calvary Christian College in central California and has been a guest on TBN and Daystar,as well as host of PowerPoint TV.