Daniel Pink, a former speechwriter for Vice President Al Gore, has studied the science of thinking.

The newest of his six books, When: The Scientific Secrets of Perfect Timing, spent four months on the New York Times bestseller list and was named one of the Best Books of 2018 by Amazon, iBooks, Goodreads, and several more outlets!

Pink’s books have won multiple awards and have been translated into 39 languages. His book, When, is about timing…not how to do something, but rather when to do something. Timing can make a major difference in your success or your failure. Our brainpower changes throughout the day. Therefore, we should think about when we do things that matter.

During my SiriusXM radio show interview with Dan, he revealed that studies show:

Daniel Pink’s interview will improve how you approach your life and work for ultimate performance. 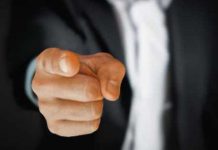