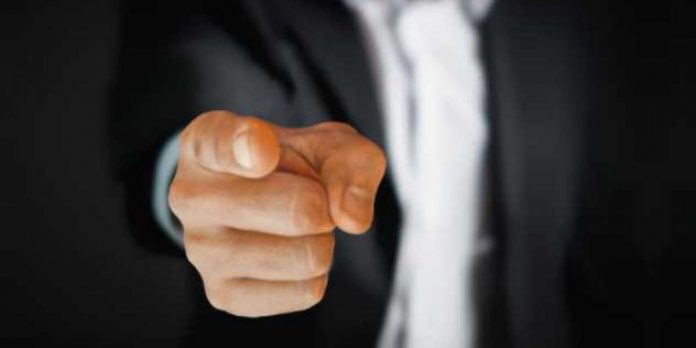 “We need unity in our country!”

How many times do we hear the refrain? Yet, it seems to be followed up with angry blame. Lots of it!

So I ask, is his helping to lower the temperature of anger in our culture?

Here is an example. As I was driving in to work this morning, I was listening to a CNN morning news anchor. She was interviewing a guest. During the interview, she tried to get the guest to blame a political party for a host of things. When the guest was reluctant to do so, she took charge of the interview, telling us we needed to go after specific people and make sure they were removed from office.

Then she named names and said, “Memorize these faces and remember these names.” It was vitriolic and scary. And it certainly wasn’t reporting a story. A news anchor was inciting anger in her listening audience. She took it upon herself to rule as judge and jury over various people in Congress. And my question: What does this news anchor hope is the outcome of her angry rhetoric? I changed the channel. I heard enough hate and vitriol to last me for all of 2021.

Blame has been around since Adam blamed Eve for eating the fruit. But the escalation of its use is disturbing. It’s neither a unifying nor a winning strategy. When blame focuses on people versus problems, it becomes dangerous; especially when you don’t know the person’s intent or all the details of the person’s actions and behaviors.

Another problem with blame is that it assumes a negative motive. This is called attribution error. It happens when we judge someone by some personal characteristic and overlook the facts of a situation. In other words, we have a tendency to judge actions based on the kind of person we believe them to be rather than on the social or situational forces that might be in play. And in that process, we don’t allow for mistakes. The person is bad!

With so much blame being thrown around with no concern for truth, let’s at least agree that blame will not solve our current problems and will not lead to growth of any kind. And certainly not unity.  All blame does is further the divide and stir up anger and defensiveness. Once people are angry and defensive, they do not listen nor work together.

Sadly, blame damages trust, is often reactionary, and doesn’t build intimacy. Blame throws up the past and holds grudges, resulting in hurt and distance.

So why do we do it? After all, it rarely ends well. Four reasons come to mind. First, in times of uncertainty or when we lack understanding, we look for a scapegoat. The quicker we point a finger or label someone responsible, the better we feel. We’re in control. We can take a complex problem and make it simple with blame. Find your villain and feel better.

Second, blame keeps the focus off you and onto another person. It protects our ego and prevents self-reflection and accountability. Point the finger so you don’t have to think about how you might need to change. I see this in couple therapy all the time.

Third, blame allows us to attack anyone with whom we’re angry. When we blame, we don’t have to regulate our emotions. We can externalize our issues and be a victim. When we feel miserable and don’t like the way something unfolds, blame! It removes our inhibitions and justifies our hurt and anger. And the more we blame, the more we reinforce those neural pathways in the brain. Blame begets blame and becomes a habit. Just look at our political leaders. Blame is their default; a habit gained from regular practice.

Fourth, blame is easy. It doesn’t take deep thought or work to understand others. Often it is easier to lie than to deal with the consequences of the truth. It’s a short cut to really knowing another person.

So here we are. A culture of blamers. Yet, it doesn’t work and opposes unity. You simply can’t call for unity while blaming.

How do we stop blaming and promote unity?