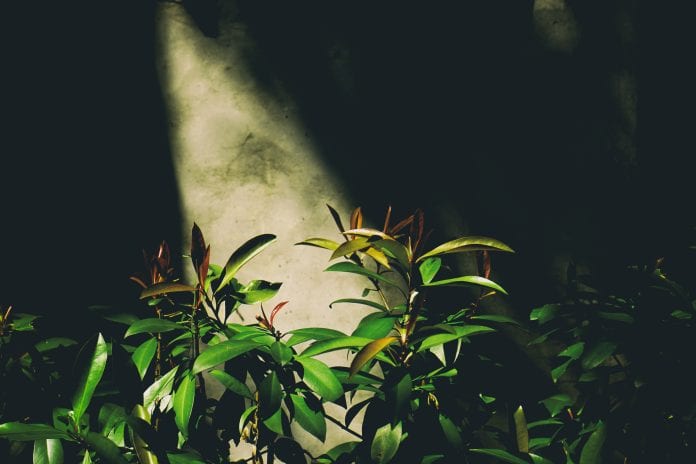 A daily challenge for pastors and ministry leaders is focus. One degree to the left or to the right, and over time, the direction of your life and ministry will lead you far from the vision God originally gave you. Our challenge is to remain faithful to the call that God has given while holding steady to guiding principles that will help keep our focus straight and clear. These are five guiding principles that have helped us stay the course and maintain focus and alignment in a new and fast growing ministry.

1.The less we do the more effective we’ll be.

Maybe you’ve been there. You look around your church and it feels like no matter what you’re doing, it’s not working. No matter what you try, it just doesn’t have that Midas touch. So you try something else. You take a stab at this model and then that model. Someone says,“I think what we need is …”and so you try it. Someone else says,“I think what we REALLY need is …”and so you try that. And before long, you’re surrounded by a fire-storm of stuff that just isn’t effective.

That’s what I was doing when I first picked up the book Simple Church.It messed me up.I was in a church doing everything right but nothing well. The heart of the church was good but we weren’t good at anything. We had a heart for the lost, but we weren’t reaching the lost.And I found myself captivated by a simple thought: The less we do the more effective we’ll be.

If we try to do everything right we won’t do anything well. That’s why we keep it simple. It’s easy to understand simple. And it’s even easier to engage people around simple. That’s why, when it comes to effective ministry, less is always more.

When Jesus tells the story of the Good Shepherd, He wants us to see what moves the heart of God. Jesus said, “Suppose one of you has a hundred sheep and loses one of them. Doesn’t he leave the ninety-nine in the open country and go after the lost sheep until he finds it?”

In other words, what moves the heart of the One is the one.

Jesus came for the one– the lost one–the desperate one– the hurting one.Jesus came to seek and save the one.And He’s called us to devote our time, energy, resources and focus on the same.

When you’re a part of a ministry or church that focuses on and celebrates the one, people standing on the sideline jump in with both feet. They give, they serve, and they get it. The purpose of the church becomes their purpose. And suddenly the one becomes very personal for them. Their mom, friend, co-worker and the guy next door are the ones they are inviting to church.

The greatest marketing your church has is the lost person who’s been found and has become so compelled by the Gospel of Christ that the desire to reach others becomes the greatest desire and outflow of her life. That’s when you know your church is thriving – when the one begins to reach the one.

It’s not about you.

There’s something about simple that demands excellence. If you’re only doing a few things, make sure you do them well. When it comes to creating a culture of excellence, you’ll say “no” more than “yes” to opportunities and to new ministries. We made up our minds a long time ago – we’d rather offend a few and inspire many, than say “yes” to many and inspire a few.

If you’re like me, when you think about the best meal you’ve ever eaten, an all-you-can-eat buffet doesn’t likely come to mind. More than likely you’ll think of a dish prepared so well that nothing else can compare. Sometimes I think we treat church like an all-you-can-eat buffet. We try to offer a little of this and a little of that so that there’s something everyone can like. The problem with this strategy is that typically what we offer to appease the many is second-rate, at best, and ends up pleasing very few. At Rock City, we challenge our teams to narrow their focus to a few things and do them really, really well. This means we put in the time and make it excellent, no matter what it is.

When people get that “it’s not about them,” they see purpose in both the big and the little things they do. They carry this into the other areas of their lives and they begin to walk more confidently in their purpose.

I’m always surprised to hear pastors say things like: “I know we need to start a 2ndservice but I’m getting push back from our team.” More than likely, the people on these teams haven’t yet grasped this truth. If “it’s all about the one”is true, then “it’s not about you” must also be true. They go hand in hand, and when walked out together, these truths will engage your church on a relentless pursuit of the lost.

The heart of the Gospel, the heart of God, is generosity. For God so loved the world he gave. And if it’s really about the one – and it’s not about you – generosity is the normal response from the person who has personally experienced the overwhelming generous heart of God.

We knew, as a young church, we had a very small window in which to cement this core belief as an unshakable part of our DNA. After all, it’s a lot easier to create culture than it is to change it. In our first three years, over 30% of our total budget has gone Beyond Our Walls. What that means is, we’re not just asking people to give generously, we’re modeling it. And wouldn’t you know, there hasn’t been a need our church has had, that God hasn’t met.

We celebrate generosity every weekend with our church. God is glorified when, through us, someone is blessed, our city is made better, and the gospel is shared generously.

So, to sum it up, our commitment is this: We want to be a simple church. We want to be a church that never stops going, never stops growing and gives more than ever before. And we are overwhelmingly committed to reaching the one until every lost one is found, whatever it takes, no matter the cost!

Whatever God has called you to do, it’s important. If your calling wasn’t important, God wouldn’t have given it to you. So what would happen if more people lived by this commitment? How could you be more effective in your calling, and how could your church make an even greater difference impacting the kingdom by making a wholehearted commitment to these five principles?

Chad is the founding and lead pastor of Rock City Church in Columbus, Ohio. Three years and three campuses later, Rock City Church is recognized as one of America’s top 20 fastest growing churches. Chad lives in Columbus with his wife Katie and two beautiful girls, Morgan and Macy.