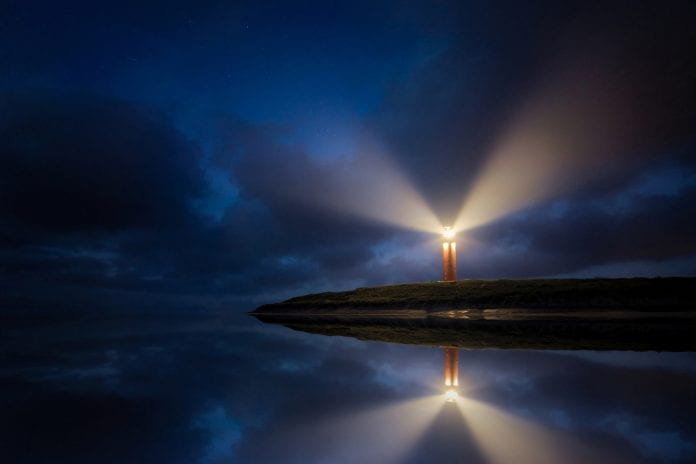 The popular singer/songwriter Scott MacIntyre inspired the world when he competed on American Idol and became a finalist in 2009. He was the first blind contestant in the shows history and one that will always be remembered due to his incredible talent and positive attitude.

“I’m really excited about this new album,” says MacIntyre. “I’ve been so blessed to work with incredible co-writers and producers, and I really feel like we’ve been able to capture the essence of the Christian walk in these songs.”

MacIntyre also explains the meaning of the album’s title. “One of the most comforting things I’ve learned is that no matter what craziness is going on in my life, God stays constant. He is like a lighthouse standing tall and true, guiding His children home.”

The first single from Lighthouse is he powerful track, “Fifty Second Chances,” available online at iTunes and Amazon. The lyrics cut to the heart of our struggles with faith that is buoyed by the grace and forgiveness of Christ.

Other standouts on the album include the upbeat, hand clappin’ tune, “Hallelujah Song,” that features fellow American Idol alumni Danny Gokey. Another American Idol finalist, Skylar Laine, is featured on the heart-felt wedding ballad, “With This Ring.” The project closes with MacIntyre’s “I Am Hope,” the well-known anthem for organ donation that is spotlighted with lyrics about God’s continual promise of hope in the midst of adversity.

MacIntyre knows a thing or two about adversity. He publicly revealed he was a kidney transplant survivor in his book, By Faith, Not By Sight, published by Thomas Nelson in 2012. Despite an active tour schedule throughout the States and Canada, MacIntyre still makes time to advocate for the transplant community. Several of his shows were done in support of organ donation, including appearances for the National Kidney Foundation Walks in New York City, Los Angeles, CA, Boston, MA, and Miami, FL. MacIntyre also works closely with Donate Life America to further promote the cause of organ donation.

The talented artist also recently traveled to Vietnam with his wife, Christina, for two weeks to perform in support of Viet UC Family, a privately-funded organization which aims to break the poverty cycle and provide opportunities for Vietnamese youth to improve their future.