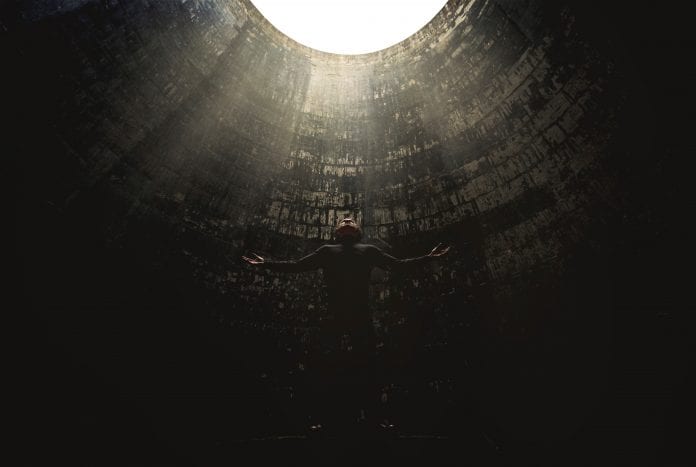 Three years after starting Next Level Church, I was lying in bed late one night staring at the ceiling. For me, it was just another night lying awake with thoughts running through my mind… What am I forgetting to do? What will happen when everyone finds out how unfit I am for this position? What if this entire thing crashes? Where’s that family that used to attend every weekend?

In the midst of all these thoughts, my mind became flooded with questions about my family. So, in a panic, I woke up my wife, Jennifer. She said, “What’s the matter?” Without holding back, I said, “How can I feel like I’m trying my hardest at everything and still be doing nothing well? How can I try so hard and still feel like a failure as a dad, husband, and pastor?” Before Jennifer could respond, I shouted out the statement that often consumed my thoughts at the time: “WHY DO I STINK AT EVERYTHING?!?!?”

“When is your earliest memory of feeling like a failure?”

I couldn’t hold back the tears. Normally, I would lie awake and try to fix my own problems, but this night I did something different – something I had never done before – admit that I needed to get help. As Jennifer overwhelmed me with compliments and l she suggested something that I had frequently laughed off in the past: “You should go see a counselor.” And much to her surprise, I agreed to make an appointment. I had never been to counseling before, so when I walked into my first appointment I envisioned laying down on a leather couch and having the counselor tell me 4 simple steps to immediately fix my life. I mean, for $150.00 per session (that my insurance wouldn’t cover) I needed him to hurry up and fix me.

To say that my experience was nothing like what I had imagined would be an understatement. I sat down and my counselor asked me, “So, why are you here?” to which I responded bluntly, “I feel like I stink at everything”. “Why do you feel that way?” he said. In my mind, I was thinking, “I’m paying you the $150 an hour – I was hoping you would tell me!” But I was polite, and for the next several minutes I explained to him why I felt inadequate and a failure at most things. That meeting lasted 50 minutes and I talked for about 45 of those minutes. On the way home, I called Jennifer and told her I would never go back to counseling again. I told her that all I did was talk as the counselor asked me question after question. After I hung up the phone, I began to play back my answers to the questions my counselor had asked me and, as I did, I began to realize that his questions were causing me to realize the answers on my own. I was hoping that he would give me the best answers. Instead, he was asking me the best questions.

For instance, one of the questions he asked was, “When is your earliest memory of feeling like a failure?” As I raced through years of memories, I went all the way back to the third grade and told my counselor about a time when I missed a layup in a basketball game. I was so heartbroken after the game when my dad said, “You can’t be missing layups.” My dad didn’t mean any harm in that moment. As a matter of fact, I have one of the best fathers to have ever walked this earth. But, somewhere in the depths of my makeup was this desire for success, this fear of failure, this undying passion to give all I had to never miss another layup. As I got older, this desire to never fail would manifest itself in every area of my life and in every endeavor I pursued.

Because my counselor had asked me that question, I had endless feelings of failure weren’t failure, but rather the product of an unrealistic success I had created for myself.

Because of that one question, I much about myself… My personal expectations are unfair. I have a deep-rooted fear of failure. I have approval.

I overcoming feeling like a failure and the need for approval was to just become more successful. If NLC could just reach “x” amount of people on a weekend, then I . As NLC has grown to thousands of people in the last six years, I’ve realized that finding security in achievements is similar to chasing the wind – every time you feel like you’ve caught it, you realize there’s more wind to catch, there are bigger mountains to climb, and inevitably what you once thought would give you security fails you again. The once now the platform you find yourself standing on still feeling insecure. I’m still fighting this battle but here are a few things I’ve learned in the fight… be okay in the preparation. God is doing more in me He is I I’m faithful in the process He will be faithful in the fruitfulness. I’ve found myself becoming insecure when I I find myself become more secure when I . I’m focused on the ultimate over the immediate, fewer ministry casualties.

I when . Psalm 3:3: But you, O LORD, are a shield around me; you are my glory, the one who holds my head high. After starting NLC, I would fight to hold my head high. When I heard people talking about me, I . When I , I would exaggerate my experience. When I didn’t think someone liked me, I what I become. I fought to hold my head high until I realized that God can’t lift a head that isn’t bowed. If God head high, I better bow it so that He can lift it! There have been hundreds of times that I’ve physically worth isn’t in what others think of me, but instead in who God says I am. I’m not sure on this side of eternity I will ever fully get over , but I do believe I can overcome it consuming me.

. But He is! . It’s …except me. ministry is that God uses people – His message from heaven, He shares on earth! One of the decisions I that I was going to speak from my weaknesses and failures because Christ alive in the mouthpiece sharing it! The greatest danger in ministry is not that you are not good enough, . Galatians 1:10: Obviously, I’m not trying to win the approval of people, but of God. If pleasing people were my goal, I would not be Christ’s servant.

These are a few of the things that have helped me in the fight to overcome my fear of failure and need for approval. I haven’t won the fight, but for the first time in my ministry I’m fighting back and gaining ground. I pray, as God uses you to lead, that you will focus more on the ultimate than the immediate, that you will bow your head and let God lift it, and that in your weakness you will experience His grace.