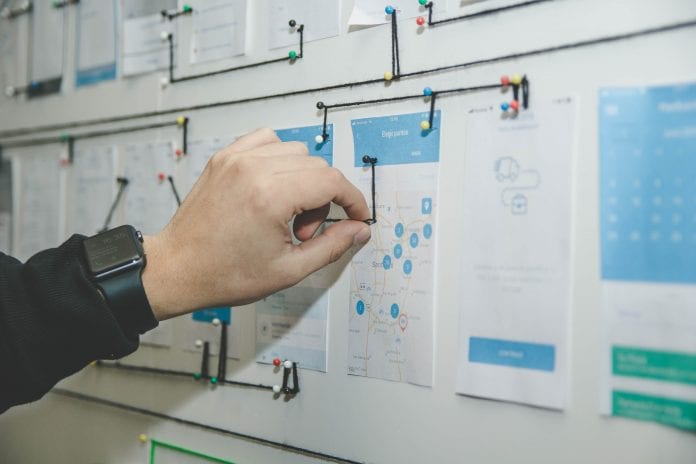 Have you ever attempted to do something that you believed was the will of the Lord, yet you were met with one roadblock after another? I am referring to an initiative you were strongly convinced was the leading of the Holy Spirit.

Any child of God that desires to be used by the Lord will invariably experience an occasion when the door that they are attempting to move through will not open. In such times, it is critical to discern what is going on “behind the scenes.”

WHEN SATAN HINDERS YOUR WAY

Paul spoke of Satan’s schemes and how he attempts to block believers from making progress in doing the will of the Lord. “For we wanted to come to you—certainly I, Paul, did, again and again—but Satan blocked our way” (1 Thessalonians 2:18, New International Version). The Greek word Paul uses for “blocked” is egkopto. It was an ancient term formerly used to describe a road so broken up that no one can travel on it. The same Greek word was also employed to depict a runner cutting in or elbowing out of the way a competitor in a race. The primary idea of the word is that of obstruction created by an enemy that is so severe that it not only deters, but completely blocks and shuts down any further movement forward.

Make no mistake about it! The Devil is intent on thwarting your progress. The powers of darkness that work so forcefully to hinder our furtherance in the will of God must be confronted and engaged in battle with our spiritual weapons. Stand your ground and in the anointing of the Holy Spirit press on in victory.

WHEN GOD OPPOSES OUR WAY

As much of a factor as Satan’s attacks are in blocking the Christian’s progress, there is another reason why we experience roadblocks. I am not referring to the resistance of the Devil, but the insistence of the LORD.

There invariably will come a time in our spiritual journey when the LORD will solicit our cooperation as He desires to lead us in a new direction. He is saying, “the way you have been going is no longer part of my plan. I want to lead you in a fresh way.” If we persist in doing things the way we have been or even pursue a course that is not Father’s will, we are contradicting His plans and will not go very far.

To secure our attention and point us in the way He desires there are strategies the Lord employs that are very effective. As much as we are not to be ignorant of Satan’s devices (2 Corinthians 2:11), we must all the more be knowledgeable of the ways of the Lord (Psalm 25:4). Knowing God’s ways will result in us experiencing His mighty acts (Psalm 103:7).

Here are three ways He works to move us in a new direction:

1. Disruption of Our Plans

Disruption of Our Plans

The Apostle Paul had received an apostolic commission to preach the Gospel to the Gentiles. In keeping with his mandate, he targeted key cities in the Roman Empire to visit. Yet, the New Testament narrative informs us that he was not able to fulfill his objective at this particular time because God saw fit to stop him! “Paul and his companions traveled throughout the region of Phrygia and Galatia, having been kept by the Holy Spirit from preaching the word in the province of Asia. When they came to the border of Mysia, they tried to enter Bithynia, but the Spirit of Jesus would not allow them to” (Acts 16:6-7, NIV). In this case, it was not Satan hindering Paul. It was the Holy Spirit intervening.

Like the Apostle, perhaps you were heading in a certain direction while attempting to do the will of the Lord and you ended up “hitting a wall” that stopped you in your tracks. No matter how hard you worked, you only made limited progress. Gridlock set in and initiatives and projects that were originally inspired by a lofty vision and deep passion ended up languishing, some even terminating. To put it frankly, God has messed up your plans!

When you cannot move forward it is a natural tendency to return to familiar surroundings. We see this in the lives of the disciples after Jesus’ death. They went back to fishing even though they had clearly been called to forsake this and follow Christ (See Luke 5:10-11; John 21:3). Because they were commercial fishermen, there may even have been economic reasons behind their action. Nevertheless, there was no lasting provision and peace in returning to a place of familiarity.

When God wants us to move in a new direction, He sometimes permits us to experience the dissipation of resources. Elijah had been powerfully used by the Lord to declare prophetically the purpose of God in dealing with Israel. “And Elijah the Tishbite, of the inhabitants of Gilead, said to Ahab, ‘As the Lord God of Israel lives, before whom I stand, there shall not be dew nor rain these years, except at my word’” (1 Kings 17:1) And just as the prophet had foretold, the word of the Lord came to pass. “…and there was a severe famine in Samaria…”(1 Kings 18:2).

Cherith which means “place of covenant,” was where the Lord demonstrated His faithfulness in taking care of His servant supernaturally. However, the day would come when the brook would run dry and the birds would no longer fly! (See 1 Kings 17:7). Although Elijah had come to depend on such provision, God seemed to have no compunction at all cutting off these resources.

Have you experienced something similar? Your streams of resource have dried up. You struggle to make ends meet and you do not know how much longer and you can keep your head above water. Perhaps it is the Lord drying things up so you can let go and move in a new direction. During such a time, trust that the Lord. He will soon speak to you and the place where He leads you will be the place where He feeds you. “Then the word of the Lord came to him, saying, ‘Arise, go to Zarephath, which belongs to Sidon, and dwell there. See, I have commanded a widow there to provide for you’” (1 Kings 17:8-9).

A third way the Lord works to set us in motion in a new direction is through the dissolution of relationships. We see this clearly in the life of David. The heart of King Achish, once favorable to David, turned away from him.“Then Achish called David and said to him, ‘Surely, as the Lord lives, you have been upright, and your going out and your coming in with me in the army is good in my sight. For to this day I have not found evil in you since the day of your coming to me. Nevertheless the lords do not favor you. Therefore return now, and go in peace, that you may not displease the lords of the Philistines’”(1 Samuel 29:6-7)

An unanticipated meltdown in a relationship can cause great pain. Abandonment and unanswered questions are natural by-products of such and will need to be addressed. One vital truth to come to grips with is that God will on occasion send certain people into our lives for a short season or perhaps even a brief encounter. God-sanctioned, transitory, relationships, though non sustainable, serve a purpose in facilitating the plan of God. Being able to differentiate between what is intended to be provisional and what is meant to be permanent will enlighten us of Father’s intention for the relationship and keep us from frustration and even fragmentation.

In the midst of such hardship do not become bitter with people during as though they are rejecting you. The Lord is turning the hearts of men in the direction He desires (See Prov. 21:1). This is a blessing in disguise as He is in fact making it easier for you to let go and move forward into your next assignment. Men’s rejection is God’s redirection!

TRUSTING IN HIS GOODNESS

Whether it is the disruption of your plans, the dissipation of resources, or the dissolution of relationships, it is essential to know how to navigate the transitions God has planned for your life.

God’s ways often do not make sense to us. Scripture supports this: “As the heavens are higher than the earth, so are my ways higher than your ways and my thoughts than your thoughts“ (Isaiah 55:9). The LORD possesses infinite knowledge and perfect wisdom. He is eternal, Almighty, and omniscient. He sees the end from the beginning and is completely aware of the final outcome of all things. No matter how it may appear on the surface, He is actively involved in the affairs of our lives. On occasion, He may even interrupt our plans resulting in us experiencing a sense of anxiety due to a perceived loss of control of the course of our lives. However, as uncomfortable as we may become, we must trust that He is leading us along the best pathway for our lives. “The Lord says, ‘I will guide you along the best pathway for your life. I will advise you and watch over you’” (Psalm 32:8, New Living Translation).

TRUSTING IN HIS GUIDANCE

You may not understand what is happening in your life. God has messed up your plans, caused your resources to dry up, and dissolved key relationships. There is light at the end of the tunnel. God has promised to lead His people even in the darkness. “I will lead the blind by ways they have not known, along unfamiliar paths I will guide them; I will turn the darkness into light before them and make the rough places smooth” (Isaiah 42:18, New International Version).

Some breakthroughs can only be experienced as a result of hearing from Heaven. We must seek the Lord until we receive clear direction from Holy Spirit. Whether it was Paul’s night vision of the man in Macedonia summoning him, the voice of Jesus speaking to the disciples on the seashore in Galilee, David hearing from the prophets, or the word of the Lord coming once more to Elijah, the key to breakthrough is God revealing the way to go. “Whether you turn to the right or to the left, your ears will hear a voice behind you, saying, ‘This is the way; walk in it’” (Isaiah 30:21).

There is no doubt that those that wait upon the Lord and lean not on their own understanding will experience the promise of Him directing their paths. Be still! Wait and listen! He will speak and make the way plain to you!

Awake Nations with Glenn Bleakney is also raising up leaders through ourmentoring initiatives,online school of supernatural ministry,conferences,and other program