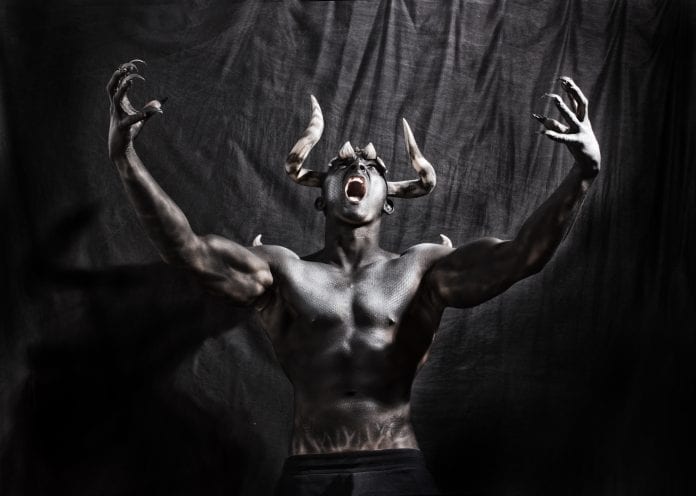 The pervasive image of Satan as a red guy with horns and a pitchfork, orchestrating all the evil in the world from his command center in hell, is nothing more than myth. The devil is not red with horns and a pitchfork. And while he does orchestrate evil, he doesn’t do it from hell. Surprising to most people, the Bible doesn’t say that Satan’s home is in hell or that he’s ever been there. Quite the opposite, actually. Jesus revealed that hell is the place prepared to destroy Satan and his demons (Matt. 25:41), not their home. In fact, the devil will not see hell until his final rebellion at the end of time when he is thrown into the lake of fire (Rev. 20:7–10).

This all begs the question: If Satan isn’t in hell, where is he and what is he doing? According to Scripture, he’s in one of two places doing one of two things: on earth or in heaven, opposing or accusing.

The Bible teaches that Satan spends his time roaming the earth, searching for people to attack.

Like a roaring lion your adversary the devil prowls around, looking for someone to devour.—1 Peter 5:8, NRSV
Like most names in Hebrew, “Satan” is more than a name; it’s a job description. It means “one who opposes or blocks.” This is why Peter referred to him as “your adversary.” Picture man-to-man defense in the game of basketball. As you move about the court, trying to make your best shot, the devil hovers over to intimidate or block you. You feel his breath on your face, whispering things like “You can’t make this!” or “You’re no good!” As you try harder to concentrate on the goal, he moves in, almost breathing in your face, all to make you fumble or miss your shot.

As your adversary, Satan spends time studying you, and he knows your weaknesses. He follows you, on prowl, and waits for a weak moment, which is his moment to pounce. Lust. Offense. Anger. Jealously. You name it. Whatever you’re most susceptible to—your signature sin—that’s what he launches against you at his most opportune time.

Satan has another role, too, and that’s as an accuser. In this, Satan works like a prosecuting attorney filing claim after claim of how we tripped up, did wrong and are no longer worthy of God’s grace. The Bible reveals that he enters heaven day and night to deceptively appeal to God’s righteousness to try to convince God that He can’t use us.

The accuser of our brothers and sisters…the one who accuses them before our God day and night. —Revelation 12:10, NLT

Satan doesn’t just make his accusation in heaven, though. You and I feel the heat of his prosecution just about every day. I believe that he goes to heaven to try to get God’s attention. When God doesn’t listen, he scurries back to earth to find an audience.

All too often you and I happily entertain his case. These threats and accusations are the bulk of the spiritual warfare that we face, and too often hold us back from our destinies.

Your adversary, Satan, spends time studying you, and he knows your weaknesses. He follows you on prowl, and waits for a weak moment, which is his moment to pounce.

Thankfully, God has not left us powerless to Satan’s attacks. The Book of Revelation reveals the three sure-fire weapons God has given us to silence Satan’s threats.

And they have defeated [the accuser] by the blood of the Lamb and by their testimony and they did not love their lives so much that they were afraid to die. —Rev. 12:11, NLT

The Blood of the Lamb

In my book, Silence Satan: Shutting Down the Enemy’s Attacks, Threats, Lies, and Accusations, I chronicle my own battle with Satan’s accusations. But just as I was about to walk away from ministry, the Lord opened my eyes to the words of John the Baptist: “Behold, the Lamb of God, who takes away the sin of the world” (John 1:29, ESV). This was a familiar Scripture, to be sure. But in the heat of the warfare, I understood it in a fresh, new way. I saw that “behold” isn’t a quick glance, but a close study. In this verse, John the Baptist instructs us to meditate upon and look closely at Jesus in His moment of taking away the sin of the world.

With this newfound revelation, I fell to my knees and, through my mind’s eye, saw visions of the gruesome scene when He who knew no sin took on my sin (2 Cor. 5:21). I then tearfully positioned myself at the foot of the cross to be covered by His measureless amount of forgiving blood.

In this moment, I finally understood the power of the cross to overcome Satan’s accusations in my life. Paul revealed that Jesus bore our sins on His innocent body so that we would have a new identity of righteousness.

For our sake he made him to be sin who knew no sin, so that in him we might become the righteousness of God. —2 Corinthians 5:21, NRSV

This is why Paul instructs that the cross is the place of Satan’s defeat (Col. 2:14–15). At Calvary, the nails of crucifixion cancelled our former identities as sinners. There, Jesus’s blood covers us in His perfection. The cross gives us a sinless identity—the identity of Christ—that Satan cannot accuse.

Our testimonies are the stories of our struggles and how we overcame them through God’s power. These are extremely poignant because they build the faith of listeners to expect that God will also do the same for them.

Jesus’s resurrection provides a pinnacle example of the power of testimony. Upon rising from the dead, he could have appeared with a redeemed body that erased all signs of the past. But instead, He kept the scars from the things He had suffered as evidence that there stood a man who should be dead but is now alive (John 20:19–20). His scars are His testimony, and they tell His story.

It’s important to recognize that scars are simply wounds that are healed. So just as Jesus modeled, the scars from your past are testimonies of the power of God in your life. They provide evidence to others that God still mightily heals and transforms.

The Bible uncovers the final weapon in our arsenals against Satan: “… and they did not love their lives so much that they were afraid to die.” This describes the crucified life. If your past is completely nailed to Christ’s cross, then there’s no reason for shame or embarrassment. As one covered in Christ’s identity, you are truly a new creation and all things are made new.

So if anyone is in Christ, there is a new creation: everything old has passed away; see, everything has become new!—2 Corinthians 5:17, NRSV

When I arose from Satan’s attack on my life, it was like bursting forth from a tomb. The guilt and shame that attempted to keep me in the grave could no longer hold me down. The past had lost its influence. Rather than shut me up, I determined to speak up and tell my story, regardless of what anyone thinks.

Satan’s threats are aimed to silence our voices from influencing the lives of many others. He knows that our stories have the ability to release the power of Jesus, and so he tries to get us to fail and then mute us with accusations. But he’s the one who failed. Through the blood of the lamb and the testimony of its transformation, we have control of our pasts, and with it, the ability to silence Satan and live victoriously!

Kyle Winkleris founder of Kyle Winkler Ministries, a media and teaching ministry through which he’s impacted thousands with TV and Internet broadcasts, resources and live events. He holds a Master of Divinity in biblical studies from Regent University. Arm yourself with daily encouragement from Kyle onFacebook (/kylejwinkler)andTwitter (@kylewinkler). His latest book, Silence Satan: Shutting Down the Enemy’s Attacks, Threats, Lies, and Accusations, from which this article was adapted, isin stores now and on amazon.com. 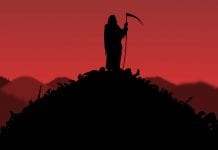 Is Hell A Real Place?