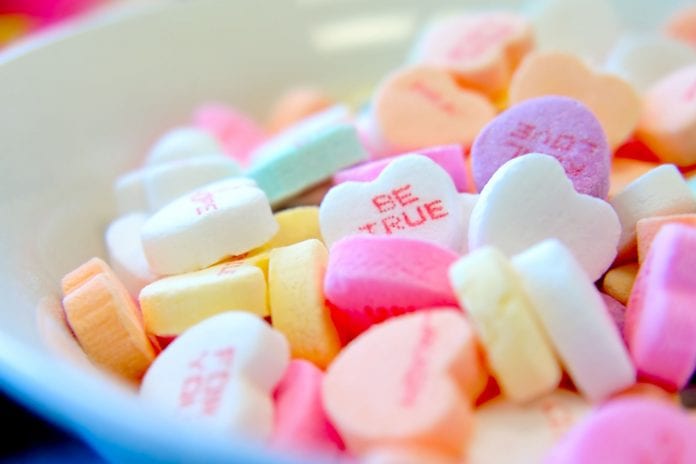 A friend of mine told me a story that deeply grieved me when I heard it. He shared with me how a pastor friend was invited to speak at a large church somewhere in America. He was sitting in the green room, sipping a cup of coffee, when the senior pastor entered and greeted him. They began to chat with each other. The guest speaker asked the pastor how he felt each Sunday seeing thousands of people worshiping Christ. There was a pause and a moment of silence. With a cheeky smile, the pastor replied, “Well, it feels like another day at the office.” The nonchalant answer devastated the guest speaker. Stunned by the pastor’s reply, he couldn’t help but think that his dear friend had become another casualty of the “business as usual” mind set.

While the story saddened me, it did not surprise me. As an evangelist, I’m usually in a different church each week and often on a different continent, month to month. I see a trend unfolding in the church worldwide. This trend is perpetuating church culture around the globe. Wherever I go, I frequently see leadership strategies and activities of the 21st century church that have lost sight of the meaning of true revival. In this age of post-modern church reality, many Christian leaders measure revival success by numbers and how the world views success. These leaders have become success-driven to the point that they are no longer God-motivated. The word revival has become such a customary and simple word that it is being used in every old and new church building across America. It’s even used on church billboards to promote special events that happen over a weekend.

Nonetheless, revival has nothing to do with events, church programs, growth strategies or the latest church trends. According to Charles Spurgeon, one of the most respected and successful evangelists in church history, this is the meaning of revival: “The word ‘revive’ wears its meaning upon its forehead; it is from the Latin, and may be interpreted thus—to live again, to receive again a life which has almost expired; to rekindle into a flame the vital spark which was nearly extinguished.” In other words revival is LIFE! That’s what’s needed to change communities, cities and nations: the message of revival, which is in the heart of the one who brings life- Jesus Christ.

Although many pastors and leaders get up every Sunday morning and preach their hearts out to multitudes of people, who seem excited about what they hear, many of these churches are not necessarily experiencing revival. Revival in history was never measured by statistics or the coolest looking church building. Over the last twenty years the church has experienced a drastic change. Many leaders have replaced the presence of His glory with smoke machines, the light of His presence with colorful electric lights or even replaced revelation-filled sermons with twenty-minute, hearer-friendly messages. While this is good and conducive to building an exciting atmosphere and a popular church, it may not be the answer for a desperate world that needs a true revival experience through the presence—and power–of the Holy Spirit.

It is so easy to do church and fabricate the kind of revival we expect to see in our churches. It is rather less challenging and uncompromising to just follow the manual and do things the way we are used to doing them. It is dangerous when leaders fall into the temptation of doing things as a matter of course, because we have done it for so long that we become programmed in ministry and do ministry on an automated and routine basis.

As an Evangelist and minister traveling and preaching in many churches in the world, I’m faced with the same dilemma of trying to do church that Sunday, rather than being the church Christ is building. As we know, there is a huge gap between doing church and being the church. Being the church is being the body of Christ. As the body of Christ, we need a true revival experience: a revival that sweeps our churches and leaves everyone in the church wanting to get back for more. We all have heard of revival or have been exposed to some kind of revival. I personally have witnessed moves of God in some nations where the lasting results of true revival are seen everywhere and were the genuine fingerprints of the powerful work of Jesus. This power is experienced and witnessed by many generations in these nations and local communities. Such memories are unforgettable and its outcome will always be remembered. True revival will fill the pages of history and change people from all backgrounds and walks of life!

If the spirit of God is in the house, people are going to be glued to the house because they are hungry for more.

Revival is literally the manifestation of Jesus Christ in the community, church, city, and nation. Revival is not limited to a particular church or movement but experienced in the entire body of Christ. Another meaning of the word revival is to be awakened. It’s a spiritual awakening in the city or in the church where revival is being poured out. True revival will cause people to line up and come to church, not because of the incredible Sunday morning show we can put on, but because of the true and amazing demonstration of the power of God in church.

If the spirit of God is in the house, people are going to be glued to the house because they are hungry for more. Churches will become revival wells where the thirsty and hungry come every Sunday to get more of God! People in this world are seeking the supernatural. I have met many people on planes who are on spiritual quests. Often I ask myself the question, if the church of Christ lived the same kind of revival that the early church enjoyed, we would have preached the gospel to the whole known world by now. I know that this may sound staggering, but the reality is that every time there has been a move of God in the history of the church, there has also been a supernatural spurt in church growth. If we look back and think about the revival in Azusa Street, for example, we can still see the effects of this incredible move of God. Its tremors are still felt today, as this revival was the ushering in of a new season in the Evangelical church world, giving birth to the Pentecostal movement, which is one of the fastest growing movements of Christianity. More than 500 million people have been directly or indirectly affected in a supernatural way by what happened more than 108 years ago. We must remember that this incredible move of God was birthed in a small house on Azusa Street in Los Angeles.

Revival is not something we can produce with our hands, but rather something that is made in Heaven and brought down to us as a gift. Many leaders, including myself, have asked this question: If revival is the answer to my city, nation, and church…how can I make it happen? The answer is this: no one can make it happen, but one can touch heaven with prayer and worship and bring heaven to earth!

It is God’s desire that His kingdom on earth be expanded and that His ministers be flames of fire, according to the book of Hebrews 1:7: And of the angels he saith, who maketh his angels spirits, and his ministers a flame of fire.

Evangelist Alejandro Arias has ministered in 41 nations on 5 continents. His powerful messages are followed by many salvations, healings, and miraculous signs and wonders. To invite Evangelist Arias to your church, contact us today at 419-224-6010.