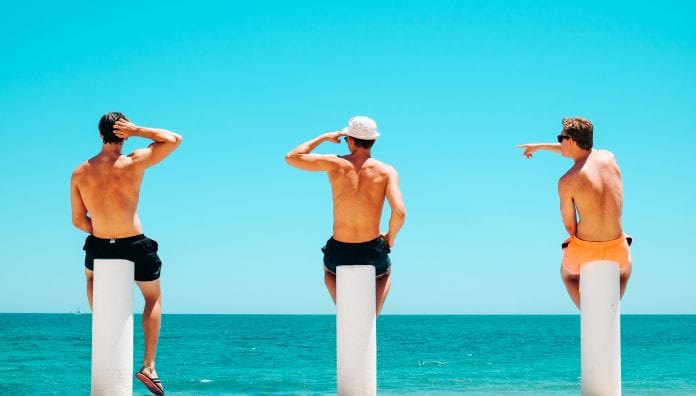 Solutions General Editor, Kelinda Crawford, had the honor of interviewing twin brothers David and Jason Benham on their latest business/ministry endeavor. The Benham Brothers have made their mark on the USA through their resolute faith and commitment to traditional values. Set to air a new HGTV reality show this autumn, the Benhams found their program abruptly cancelled and themselves in a cultural firestorm due to their beliefs. They could have backed down, but instead decided to fight. Since their program’s cancellation, they have appeared on Fox News, CNN, ABC’s Nightline, Good Morning America and other network interviews.

Kelinda: David, Jason, you’ve birthed a number of successful businesses together and now operate the Benham Foundation. I know you support orphanages and rescue trafficked victims through it, but could you further explain its purpose and what you accomplish through it?

David: Our Foundation was initially created to be our charitable giving arm, but we also realized that we were interested in creating value in the non-profit space. So we turned it into an active entity. We seek to accomplish three things through it:

1) To Protect Life. We do this through our sub-entity Cities4Life, which brings a holistic approach to helping abortion-determined women choose life for their child. We also have a partner organization, The Justice Project, that seeks to rescue women locally and abroad, who are subjects of sex-trafficking.

2) To Disciple People. We accomplish this through our Christian retreat center, Cedar Grove Retreat in Kannapolis, NC. Cedar Grove hosts Christian organizations throughout the state, with camping facilities and programs for all ages. We also host our own Benham-brand of bible studies with two chapters in Charlotte.

“Our resident missioner said that he had made a greater impact and led more people to salvation in those six months than he made in his first seven years of vocational ministry in the same town! “

3) To Sustain Missions. Many folks in the past have a heart to “support” missions, but we felt burdened to do something that would “sustain” them. We achieved this through a new concept we termed “missioner.”

Kelinda: “Missioneering.” This sounds exciting! Tell me more about this.

Jason: The term “missioneering” means “pioneering and engineering with a missions heart.” We are seeking to pioneer and engineer a new model for missions.

Our missioneering effort originated in 2010 when we heard that over 600 families a month were coming off the mission field for lack of funding. We knew we needed to do something about this, but weren’t quite sure what. We could go the traditional route and simply find some missionaries to send money to them, or we could do something entirely different. We could actually create a self-sustaining revenue model where the mission would fund itself – as well as the missionaries who were a part of it. The only thing we knew to do was the very thing we had been trained to do in the marketplace: start a business.

We always believed that our business was our ministry, and we operated it as such. But now we had an opportunity to do it on a grand scale overseas, to benefit not only the missionaries who would run it, but also the city in which it was based. Countries all over the map have been denying missionary visas because they don’t see real value in the people coming into their country. In response to this, many folks have gone overseas under the guise of business. We didn’t want to do that. We wanted to bring real, tangible value to a city by providing jobs for people and by meeting customer needs. For us, it was Business IS Mission.

The goal was to open self-sustaining businesses, and the ministry’s efforts would be 3-fold; to our employees and their families, to our customers and clients, and to the city where we were based. By God’s grace, we have accomplished this objective. We now have one business in the Philippines with 300+ employees and two CrossFit gyms with over 500 members. We literally touch 800 people a day who are either paying us or we are paying them. We led with bringing temporal value, and it has opened the door for us to bring eternal value. We have 3 missioners who oversee the work. These guys are operating our businesses and making an eternal impact for God’s kingdom.

Kelinda: This is a very unique idea. Have you been able to quantify impact in the Philippines through “missioneering” yet?

David: Yes. Within six months of opening our first office in 2010, our resident missioneer said that he had made a greater impact and led more people to salvation in those six months than he made in his first seven years of vocational ministry in the same town! We have had more than 100 employees come to know Jesus, and that does not include all of the salvation we’ve seen through our company-funded outreach events.

We wanted to reach even more people so we started a sports league for the city, a city-wide feeding program, a monthly pastors meeting which gathers more than 150 pastors together, several outreach programs, and support/funding for other missions efforts. Next on our list is to put several nationals on our payroll to go to the unreached people groups in Asia.Two of our missioners are part owners in our CrossFit gyms. They have been featured on the cover of local magazines, the topic of several news stories, and VIP guests at many major government functions. The local city sees our companies as bringing true value to the city. It’s been humbling to watch!

Kelinda: Was there a moment you realized “something must be done” and then determined, “I will do something”?

Jason: To think about doing something is a good thing, but to get out and actually do it is another matter altogether. We didn’t focus on the problem; we focused on the solution. We were able to do something about missions because we had already created self-sustaining businesses of our own. These proved to be our models to build our missioneering businesses. We didn’t wait for some strategic plan, nor did we draw up a business plan – we just started moving forward. The first step is always the hardest one to take.

You know, it’s easy to get wrapped up in American Christianity that’s all about living the good life. We need to open our eyes to a hurting world. Godly entrepreneurs need to recognize their calling as ministers of the gospel. We weren’t called to just support vocational ministers; we’re called to BE ministers right where we are.

Kelinda: What is your personal goal for creating world change?

Jason: I learned long ago that ambition is a terrible leader, but a great follower. Too many folks have gotten their sights set on a big vision and have unknowingly taken their eyes off Jesus, at which point they are led by their ambitious goals to change the world. If God wants us to be a part of changing the world, then so be it; but if not, that’s OK, too.

We just need to focus on being faithful to what He’s called us to do. Just like David when he went right back to tending sheep after he was anointed king. We don’t want to live purpose-driven lives; we want to live Person-driven lives and let Him handle our purpose.

Kelinda: Where is the Benham Foundation and “Missioneering” going? Tell me about your 5 year plan.

David: We don’t have a 5 year plan specifically; we simply want to be a model for other entrepreneurs to follow. Our heart beats for marketplace people. We want them to wake up to their calling as ministers. If our Foundation can show them a model of what they can do with their entrepreneurial gifting, then that is success for us.

Kelinda: If individuals or organizations wanted to partner with you, how could they best help you be successful in your mission?

Jason: Part of what we’re trying to do is get away from the “raising funds” mindset. Not that it’s wrong – it’s actually a really good model, but we believe that for such a time as this, we need a few new models that will create sustainability for missions in the future. One such model is what we have constructed, but it’s not the only model. We would simply ask people to pray about what God wants them to do about bringing His kingdom to this earth and not worry about giving money to us. However, if someone wanted to send a donation, we would put that right towards our camp, Cedar Grove Retreat (Kannapolis, NC). We are saving our hard-earned cash to build a new indoor facility to host events, etc. HA! Just thought I’d throw that out there!

Kelinda: David, Jason, it’s been an honor hearing your hearts and passion for ministry. Please stay in touch and keep us updated on the progress of “missioneering” around the world.