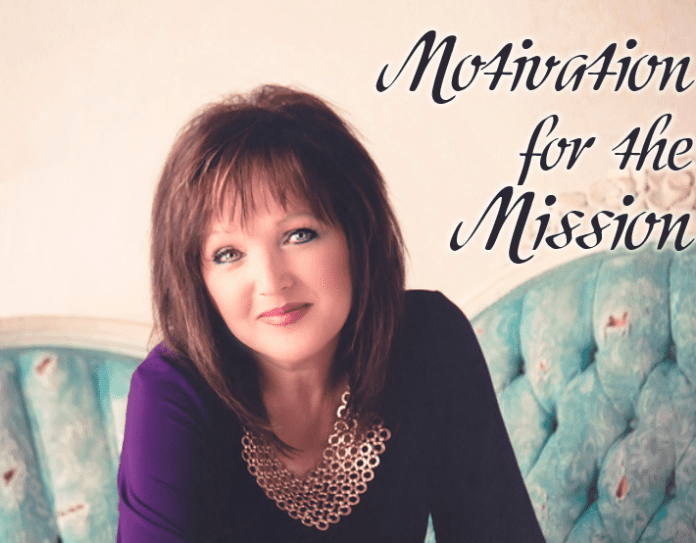 After being in the ministry for over 40 years, I’ve walked through many different seasons. I’ve walked through seasons of trial and tribulation, seasons I could never have imagined and days I wouldn’t want to repeat. I’ve been through storms of betrayal, loss and tragedy. I’ve seen those days of ceaseless praying, looking for the cloud and believing for the breakthrough. And, I have seen the breakthrough. I’ve experienced times of overwhelming joy and supernatural increase. I’ve watched as God miraculously answered prayers and brought resolve to situations and circumstances that others called impossible. I’ve known the unrelenting faithfulness of God, and it has marked my life forever.

A few of these seasons have been walked alone, but the most of them have been journeyed through in the company of family. My family isn’t just the people related to me by blood, but the people who’ve chosen to give their lives, gifts and time to advance the kingdom with me. My family is my spiritual sons and daughters, ministry team and staff. Being surrounded by such an incredible company of people is a great blessing. It’s encouraging to have people to fight with, believe with and pray with. It always makes a difference. It’s also a great responsibility. As a leader, you always have to be aware of the spiritual climate and morale of your family, especially in the trying seasons. In these moments of hardship and crisis everyone carrying weight is affected. As a leader, not only do we have to captain the ship through the storm, we have to make sure our crew is taken care of. We have to make sure they’re encouraged and motivated, not hunkered down, trying to weather it out alone.

So, how do we motivate our team when they’re in a hard season and running out of steam?

I’ve had to answer this questions many times, and the Holy Spirit has always led me back to four specific keys. I truly believe these keys are strategy from God for everyone, but specifically for leaders.

Return to the Original Vision

The first key is to return to the original vision. In the midst of a natural storm, it’s hard to see where you’re going. All of our senses are being assaulted by rain, wind and other elements. It’s the same in a spiritual storm. The enemy will mess with our emotions, thoughts and even attack our physical bodies. He will even present us with different opportunities that look like open doors or the temptation to return to a previous place. This is what the children of Israel faced when they were headed to the Promised Land. They hadn’t been out of Egypt for very long when they came in to a season of need. In Exodus 16 they complained against Moses and Aaron saying, “If only we had died by the Lord’s hand in Egypt! There we sat around pots of meat and ate all the food we wanted, but you have brought us out into this desert to starve this entire assembly to death.” They had just seen God perform miracles, signs and wonders on their behalf, but that’s not what they returned to. Instead of returning to the original vision of all God had promised them, they returned to the place of captivity, bondage and slavery. Oftentimes, when faced with unexpected challenges, we can be tempted to return to the wrong place. We’re tempted by the consistency, comfort and calm of our previous season.

What would have happened if the Israelites had remembered what God had already done for them and what He said He was going to do? I believe they would have arrived in the Promised Land a lot sooner! If you’re in an unexpected season of difficulty, I want you to return to the original vision. What is the dream God gave you that kept you up at night? What is He spoke to you that provoked you to move out in faith? What is the ? place it before your team. Cast the vision again. When we return , us the ability to see beyond the natural. It gives us the ability to look beyond the here and now. The elements of the storm don’t affect us, because we can see beyond the wind and waves. We can see the Promised Land.

to the original vision is revisiting . why we do what we do. Why do we continue to believe? Why do we continue to move forward in the face of obstacles? Why did ? When asking my team and myself this question of why, we all have the , . As a group we all return to our mission statement: “To see a generation awakened out of spiritual death and religious complacency, calling them their individual purpose and corporate responsibility as an offensive army imposing the kingdom of God.” A common thread of purpose has drawn us all together. We believe in seeing a awakened to the reality and truth of the living God. This is we revisit when we’re in a difficult season. We each have our Tim Bisagnoindividual why as well. We have several different departments church, , more. Within each of these departments are individuals who are passionate about fulfilling the mission in different ways. When they ask themselves why they became a part of our team, they each have a special answer. I want to challenge you to revisit your why. Was it for a position, fame or money? Or was it to see lives changed and Jesus made known? Ask your family this: What is the that made you, like the disciples, leave all and follow the call of Jesus?

Next is to remember the who. This key is very direct and simple, but definitely the most important. Who are you doing this for? Who are you really working for? If the answer is a person, ministry or business, then that answer is wrong. As long as we believe we’re doing it for someone or something, we’re going to be frustrated, overwhelmed and offended. When going through a testing season, we have to remember who called us, who’s going to sustain us and who’s going to lead us into the Promised Land. It’s definitely not a man. Colossians says, “Whatever you do, work heartily, as for the Lord and not for men.” We are to do everything—yes, everything—for the Lord. When the ship is rocking and waves are crashing in, it’s easy to forget who’s in our boat. In Mark 4 Jesus told the disciples to cross over to the other side. It was His idea to go, and He also went with them. Let’s not be like the disciples and fear we’re going to drown on our way. Remind your team who sent them on the mission. Remind them that He didn’t send them alone, and remind them that He’s always with them.

Finally, the last key is . This key could be called many things: refresh, relax, and rest. You understand where I’m going with this. I think we can all understand getting caught up in the day-to-day demand of life. Who has time to stop and recharge? You do. Your family does. Nothing will function the way it was created to, even if it’s not charged. We can’t afford to operate in ministry without our own personal refreshing, especially in a dry season. If you never plugged your phone in, would you expect it to work? No, that’s an unrealistic expectation. We are the same way. If we don’t plug in, we won’t be available for use. We have to take time to be alone with the Lord, partaking of His word and resting in His presence. We also have to do things we enjoy, spending time with friends and going on vacation. It sounds practical, and it is. Encourage your team to find a place of refreshing. Encourage them to recharge their spiritual man and get some extra rest. If Jesus can sleep in the stern of a boat during a storm, so can we.

I believe each of these keys is something we need to return to, regardless of what season we’re in. I believe they will give us perspective and vision for the future. They’ll help you and those around stay encouraged, no matter what season you’re in. They’ll help you make it to the Promised Land just a little bit sooner.