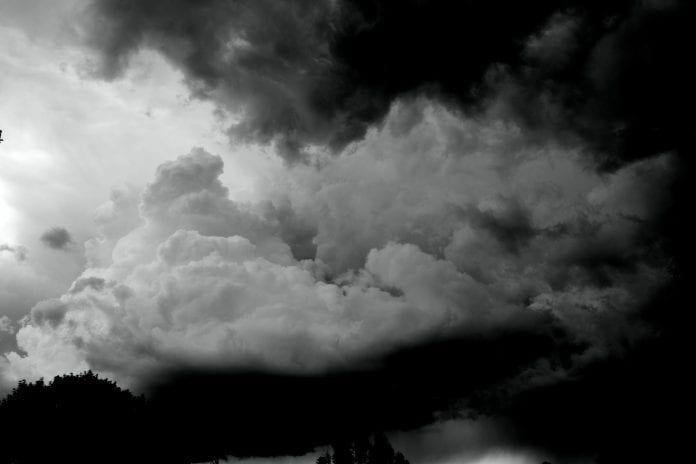 My name is Gene Mills, President of the LFF, advocate for the family and missionary to the field of government. Unique to LFF in the policy arena is its missionary-minded focus of making Truth unavoidable, His name well known, and to over-populate His kingdom! You might ask, isn’t that an odd mission for a “think tank”?LFF is not a think tank in the traditional sense, but a ministry that that can still think!

Essential to the mission of LFF is assistance to the local pastor and the body of Christ in order that they may discover their jurisdictional authority in the arena of government and recover the “lost ministry of justice.”

“He has shown you, O man, what is good; and what does the Lord require of you, but to do justly, and to love mercy, and to walk humbly with your God?” ~Micah 6:8, New King James

I contend that the authentic church today intuitively understands “mercy” and is moved naturally to feed the hungry, clothe the naked, send portions to whom none is prepared, and visit the fatherless, the widows and prisoners in their affliction.

Also obvious to most Orthodox believers is an understanding that God actively resists the proud, but justice? That’s not ours to handle…right?

It was one of those “justice gaps” that arrested my heart in late 1981 while attending a pro-life prayer gathering. That day 4,400 pink and blue balloons were released into the sky, signifying the number of abortions committed every day in America at that time. I was overwhelmed by the magnitude of pink and blue that flooded the sky. My heart was crushed. I heard the cry of the unborn that day and then the calming voice of the Lord speaking to me, “You are pro-life, but are you are not pro-active.” I knew that it was the Lord because I would never tell myself such challenging words!

At the time I was serving as a campus pastor at LSU and an associate pastor at one of America’s first and fastest growing mega churches. I began to grasp God’s heart for justice and His purpose behind Biblical government—regulated authority. I began to grapple with the notion that I was a citizen of two kingdoms— God’s and man’s— with stewardship responsibilities in both. That voice, their cry, and my new awareness of justice prompted me to begin the practice of my pro-life convictions and to loan my voice to those who had none. Thus, my journey into justice ministry began. It was on that road of bringing light into dark places that I discovered concentrated darkness–Louisiana’s own state Capitol–the place where decisions are made.

That dense darkness camouflaged under title and position provided cover for all sorts of organized acts of mischief, framed by law.

“Shall the throne of iniquity have fellowship with thee, which frameth mischief by a law?”

~Psalms 94:20 I learned quickly that the difference between the local, outspoken critic and the average elected official is the number of people that just one of their ideas can impact!

That is why Paul “was brought” before kings and priests to bear witness of the truth. That form of Upward Evangelism is another “tool of ministry” lost to our generation. It is not a ministry without risk. Bringing the difficult truth of the Gospel or of an immoral idea to someone of greater rank or position can in fact result in harm, hurt, or hardship.

That’s why at LFF we have adopted a servant leadership model of ministry. The picture is that of Christ washing His disciples’ feet. That “service” mentality not only reflects the character and nature of Christ, it is the DNA of the household of faith. When naturally administered among the powerful, the supernatural begins to happen!

I have had the privilege of working closely in LFF’s “justice ministry” with some of America’s finest pastors. It was my “godfather” in ministry, Pastor Larry Stockstill of Bethany World Prayer Center, who taught me to systematically love God’s word and His messengers and to create opportunities for them to communicate and cooperate. It was his passion to gather pastors at that Heartbeat Rally thirty years ago, which led me down this road to discovering justice ministry! Today, that principle is practiced by gatherings like the monthly pastors fellowship luncheon with Louisiana’s Gov. Bobby Jindal at the Governor’s Mansion to break bread, share the word and pray together! *Photo of pastors praying*

Pastor Dino Rizzo of Healing Place Church showed up to add his heart of service, and a whole “Servolution revolution” began. That principle of service is practiced each time a pastor enters the state Capitol, which is intentional and regular now, to open the session in prayer, intercede, or simply have lunch or a conversation with a lawmaker. It’s as though each time the light arrives the darkness flees, but more importantly the way is revealed! Imagine the impact that “way-makers” have when they simply show up in a place of decision making to simply serve.

Pastor Jacob Aranza of Our Saviors Church and Pastor Steve Robison of Church of the King brought essential covenant concepts to our pastor’s paradigm and a heart for Biblical Administration. Those principles were tested and found true during the Katrina event, which shook our world, our churches and our region. Their wisdom, ingenuity, covenant relationship and love for others spawned PRC Compassion, a massive relief response that touched the nation. With the loaned influence of these pastors the impact was, well, significant.

These covenant relationships coupled with a communicating and cooperating network of 300 to 500 churches affords me the opportunity to have an influential voice in addressing cultural corrections and to execute objectives in an arena which respects power but often confuses the churches’ authority.

Does this model work?

In the 15 or so years of our organization, we’ve assisted thenRep. Tony Perkins in passing the Covenant Marriage Law, heralded as the most effective antidivorce tool to prevent broken homes. In 2004, we amended the Louisiana Constitution to define marriage as one man and one woman by 80 percent popular vote. In 2005, we moved food, supplies and helping hands to destroyed communities and developed trust among government/church cooperatives to rebuild lives, homes and communities.

In the 2012 Session, we assisted Gov. Jindal in revamping Louisiana’s education system to allow under-privileged children in under-performing schools to break the cycle of failure by giving those students an option to attend a private school of their choice. This year LFF was declared one of the “big winners” and “most influential interest groups in Louisiana” with over 75 victories for the Family!

The vision is not complete. We are preparing for an abortion-free Louisiana, marriages that last a lifetime, families that thrive, and building a great place to grow a church, build a business and raise a family. Can you imagine that place!

We earnestly believe that God could reach the world from right here in Louisiana with resources at our disposal, if we can figure out that that’s precisely what He put us here to do.

The greatest challenge before us is to find, train and retain laborers to serve in this fertile mission field.

Imagine the operations, administrations and gifting of 1 Corinthians 12 being identified and released over this next generation.

Imagine teaching God’s idea of government (jurisdiction, law, representation, continuity and authority). Imagine this being expressed in families, churches, and throughout this nation!

God does indeed have a plan for man: redeemed men producing biblical homes, resulting in Christ centered churches, yielding a government whose foundation and function is to administer justice! Wow, that’s good news, and it is for all the nations-the same nations, who God birthed with purpose and will heal with the leaves of the Tree of Life!

Our choices have Kingdom implications!

I think the master plan may be a great unfolding mystery, but its principles can be unpacked in an exciting adventure with some of these kingdom keys, which will unlock our understanding and purpose. 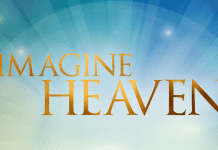 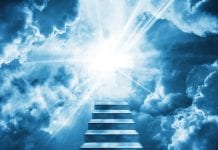 How Should Heaven People Live Now?

LifeStream Magazine is your news, entertainment, music fashion website. We provide you with the latest breaking news and videos straight from the entertainment industry.
Contact us: lifestreammagazine[email protected]
© LifeStreamTV Magazine Copyright 2018. All Rights Reserved.
MORE STORIES