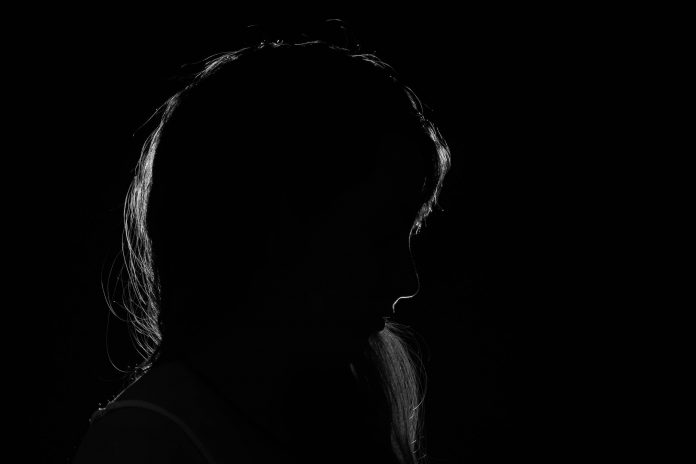 Every Christian’s story is a freedom story. Each tells how a person has been set free from the confines of small ideas, from the chains of what other people think, from the emotional cages of guilt and regret, from the prison of self. We are free to change. The process of that change is always a good story, but it is never a neat formula. Eugene Peterson

1
Jesus spoke from the cross. It wasn’t without effort.

Hours before, he fights for his life in the garden. His soul is deeply sorrowful and grieved, overwhelmed, he says, to the point of death. His sweat, like drops of blood, spills to the ground. Everything he has come to do, his undivided focus on making it to the cross, is in jeopardy because of his failing body. He cries out to God to save him in this moment. Angels come and attend to him.

He stands before the guards. Inhumanity assaults perfect humanity. A whip of braided thongs punishes him. Deep cuts run along his shoulders and back. His spine is exposed. Shock from blood loss ensues. Spikes are driven through the nerves of his wrists. His muscles cramp as he hangs from the cross. He fights to lift himself to breathe out. His heart beats irregularly. Fluid collects around his heart and lungs.

The author of life wrote his own ending. He who looked upon us with compassion was looked upon in disgrace. He who wears a royal crown bore a crown of thorns. He who is the Sun of Righteousness closed his eyes as curtains are drawn upon the night. Why?

Crucified, his life expiring, he has you in mind. He prays, “Forgive them.”

2
Why is that which came at such a price, which we may easily and freely receive, so hard to live out?

I recently made a store run during the coronavirus stay-home order. As I checked out, the clerk asked me what I was doing during this time. I told her I was finishing a book called Forgiven, because I have discovered that people aren’t very good at being forgiven, and they don’t know how to move forward from guilt and shame. Despite the line of people behind me, the clerk stopped. She looked me in the eyes and said, “I need that. I want to read your book.”

We all fall. We are not strangers to sin and failure or guilt and shame. If you have embraced Jesus, you know that he died for the forgiveness of your sins. Why is it difficult to deeply experience it?

We carry our failures with us. We look upon our past and shake our head. We whisper to ourselves names we would never want another to call us. We wonder how God still loves us. The difficulties in our life feel like punishment. We know that we are to hate sin but love the sinner, but toward ourselves we hate the sin and hate the sinner. There is no need to convince us that the spirit is willing, but the flesh is weak. We get it.

We experience great loss in our fall. We lose a sense of our self. We suffer emotional tolls. Our social fabric feels torn. Our direction gets bumped off-course. Sleep is often affected. We think often of what happened. Our dreams are invaded. Negativity is hard to shake. Avoidance becomes a norm.

Before my failures, I used to enjoy reading Proverbs. After, I dreaded them. They stood as indictments more than insights. They were one big “I told you so.”
Maybe church has become that for you. Maybe God has.

How do you move forward from shame that has become a part of you?

So much of what we have been told about our Christianity is distant; God is seen as the rule-maker, we are seen as the rule-breaker, and Jesus, in a time long ago, took our punishment so that we can live better for God. Our Christian experience is measured by performance. God is the audience, and we hope he is pleased.

The real story is different. People say, “It’s not about you.” Jesus disagrees. He is all about you. He is about relationship and intimacy with you. He doesn’t like distance. He is about moving forward from your sin and not camping out in the past.

He rescued you. He rescues you still. He is not far but near. He does not turn away but turns toward. He is the risen King with the power to save. He came to destroy the works of the devil and to free us from all captivity. There is no sin not covered by his blood. There is no false word spoken against you that sticks. There is no work of the enemy that can stand against his defense of you. The crown of thorns is now a crown of victory. The cross is now a claim. The empty tomb holds the echoes of his cry of victory.

We must know we are the forgiven. To not live out that which Jesus came for is to shrink the heart of God, to suggest that the cross is not enough, to poison the well of oneness, to pick at the thread of unity, to open the way for enemy havoc, and to dim the light of hope millions seek to find. Life is too long to live unforgiven.

In order to move forward from guilt and shame, to silence critics, to recover what was lost, to press into true identity, purpose and community, we must understand the way of failure and the way of forgiveness. That’s what this article and those that follow intend to do. (They are excerpts from my book, Forgiven: How to move forward from guilt and shame available on Amazon).

Understand the way, and all can become new. Miss it, and we remain stuck in cycles of guilt and shame, and worse, continue to believe we can push our own way out. Endless cycles are exhausting.

Failure has a God-determined end. We rise from our fall when the end is in sight.

Failure has a beginning, and it doesn’t start with what is wrong with you.

Failure happens. How it happens will shock you.

God pursues you. His pursuit led to the cross. If all you have been taught is that Jesus died so that your sins could be forgiven, you have been misled.

Renewal is yours. Evaporate doubt. Put an asterisk on your past. Leave former things. Put behind you fear of people and the pressure to please others. It’s time to live out your identity and purpose in healthy community.

You and I are forgiven. I have not known how to live as one who is. But I am learning.

It is why Jesus came. The disciples are clustered in a room (John 20:19-23). The doors are locked. They are afraid. The master was crucified before their very eyes. Their last acts were betrayal.

Jesus appears. At a spot where there was nothing, he is now suddenly standing. “Peace,” he says. It is not just a nice greeting. He who spoke and brought a universe into being, he who called forth the dead to live, who healed with a statement and silenced storms with but his voice, now brings what was not into being: Peace. It wasn’t an offer. It was a command. Guilty, shamed men, torn apart inside themselves, were made whole.

He says, “As the Father sent me, I send you.” What Jesus came to do was but the start. It can know no end until he comes again. There is a mission to be accomplished, a kingdom to extend. So many people precious to Jesus, so many needing what he has.

Jesus pushes out his lips as in a kiss. He blows on them. Did he smile? He who breathed into the first man, did he enjoy the reprise? “Receive the Holy Spirit,” he says. The very one who led Jesus in ministry is now theirs. The very one whose power brought healing will heal through them. Their capacity now has no end. They are no longer limited to human ability. Nothing is impossible.

Now that he has restored them, entrusted them, and empowered them, he tells them what to do about people. With nail-scarred hands and pierced side, he speaks again: “Forgive them.”

I must be forgiven. I must forgive. People are too valuable to allow them to be bound up in guilt and shame. You are too valuable to not be free, living out God’s will, God’s way, in the place you belong with people you love. We cannot afford to lose you. You are more than meets the eye. Your love is irreplaceable. Your gifts are indispensable.

Before we can discover the Way of Forgiveness, we need to understand the Way of Failure. You will not travel it alone. Are you ready? If so, look for the next article, Forgiven: How Failure Ends. Of course, you can always get the book and read at your own pace: https://www.amazon.com/Forgiven-move-forward-guilt-shame/dp/B08BG5N3MF/ref=sr_1_1?crid=233XEIS8033HW&dchild=1&keywords=forgiven+joe+woodruff&qid=1596639952&sprefix=forgiven+joe+%2Caps%2C298&sr=8-1