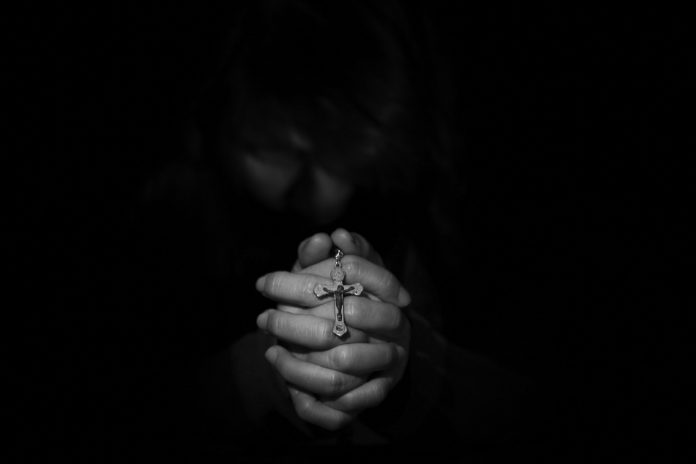 What if the beginning of your failure and sins have nothing to do with what is wrong with you?

Genesis was written to Israel after they had been delivered from slavery in Egypt. Though Genesis tells the story up until the time they were enslaved, it is written to them after the events.

While in Egypt, they were harshly treated slaves minimized in their identity and surrounded by foreign ideas of what gods are like. Among these, they were led to believe that only kings were made in the images of gods.

Israelite slaves were told that they were worthless. They were raised in a house of lies.

Genesis was written to reveal who God really is and who the people of God really are. Genesis is a story of identity, purpose and community.

Genesis 1 teaches Israel that, contrary to what they had been told, there are not many gods who made men and women to serve the gods. There is one God, Creator, who made the earth for them, so that he may dwell with them. They, not just kings, are made in his image.

God reveals himself as community. He says in Genesis 1:26, “Let us make man in our image.” Though Israel at that point had no concept of God being Trinity (the perfect relationship of Father, Son and Spirit) they were given to understand that he is interpersonal, not just personal.

Not only is God community, he makes human beings as community, male and female. Genesis is written to Israel at a time when they must see themselves as interpersonal.  They are a body, not a mass of individual slaves. It is only as a community that they reign with him.

Genesis 2:4 introduces a break. The words “These are the generations (some versions, account)” indicates that which follows from what happened. Something developed. God had an intent in creation, and this is what it is. Genesis 2 is about God’s actions in relation to humans.

In verse 7, God formed the man and breathed life into him. In verse 8, he puts the man in the garden. We read later that man was to “work it and keep it.” Those words are later repeated in Scripture describing duties of priests in the temple. The garden is sacred space, and man was assigned by God to prosper it and protect it.

You have identity (the image of God, priests), and purpose (prosper and protect the created). Israel is being taught that they have a unique calling to represent God to the world around them.

In verse 16, God gives man a command. In ancient times, gardens were parklike, with trees and animals. They were often represented as being adjoined to the place where the king resides, and from where waters flowed into the garden. In Genesis, God is on the throne, and he has provided everything that is needed for life to thrive. It is a beautiful picture: rivers, gold, animals and trees. The trees are described as pleasant to the sight (the word pleasant means desirable) and as good for food.

Two trees are described specifically. They are placed center-stage. One is described as the tree of life. The idea is that to eat of this tree would extend life (in our vernacular, it was the fountain of youth).

Essentially, wisdom is the behavior needed to master life. Proverbs 8 personifies wisdom, describing her as a source of revelation.

God tells human they are not to eat from the full range of good and evil. Wisdom is the ability to discern what is good. Good isn’t just a quality. It describes function and order. Wisdom is how to live. It is by wisdom that we see God, ourselves and others rightly.

Man was not to seek wisdom by himself, and in so doing, experience evil instead of good. God was not keeping wisdom from human; he was keeping it for human. Wisdom is that which God gives. God is the master of life. He knows what is good and he knows what is evil. He leads us into the one and away from the other. In Genesis 3, we see that God walked in the garden. He interacted with them. He gave life and then showed them the way to live it.

God’s command was an expression of relationship. Israel is being taught that not only are they rulers and divine representatives (not slaves of Pharaoh and subject to Egyptian gods), but that God would be involved with them. He knows the way and he shows the way.

In verse 22, God made woman. God states that it is not good for man to be alone. He makes for him a helper. Helper does not mean subordinate; it is used often in Scripture to describe the very activity of God as he rescues. In other words, helper is to be an agent of God in the life of another, especially to bring out in them the identity and purpose God has given them.

It is possible to be surrounded by people and still be alone if you don’t have someone in your life God is working through on your behalf.

Jesus would later use the word helper to describe the work of the Holy Spirit. He calls him the paraclete, one called alongside to help. It is a word used also of Barnabas, which means Son of Encouragement (paraclete). Barnabas was not his birth name. His birth name was Joseph, which is a fine name indeed. My favorite verse in the Bible says, “Joseph was well-built and handsome (Genesis 39:6).” But this Joseph was so encouraging in people’s lives, the disciples changed his name to reflect his character. The word paraclete would also be used to describe the current ministry of Jesus as he advocates for us before the Father.

In other words, a person is never more like Christ and never more an agent of the Spirit than when they are an advocate, one called alongside to help another. This is who Eve was, and this is who Israel is to see themselves as in relationship to God.

Helper is what interpersonal relationships are all about.

Genesis 2 reveals God’s intent: He has given you identity, purpose and community.

Israel has left Egypt. They are on their way to promised land. Their life will be found in doing God’s will, God’s way, in the place they belong, with people they love.

Genesis 2 ends with the key verse. They were “both naked, and they were not ashamed.”

They looked upon each other, two as one. Different, they fit. There was nothing wrong.

When you put faith in Jesus Christ as Lord and Savior, you are a new creation. Finally, after years of searching, you can be certain of your identity, clear about your purpose, and confident in your community. You are partners with God, expressing his love and exercising his authority. From day one, you have been given everything you need for life and godliness (how to live life). The Spirit is in you.

You are to people the help they need. You are an advocate. You have been given the ability to think as Jesus thinks, to see what Jesus sees and to do what Jesus does. You are firmly planted in God’s will, doing it his way. You are in the place where you belong, where the gifts of your life are met with opportunity. You are doing all this with people you love.

There is definitely something special about you. You are blessed.

It isn’t a snake story. But it is how your failure begins. We look more closely at this in the article that follows, or you will find even more detail in the book from which this is excerpted.

But know this: It is because of what is right with you that troubled waters stirred.

(Excerpt from Forgiven: How to move forward from guilt and shame, Joe Woodruff). Used by permission and available on Amazon: https://www.amazon.com/Forgiven-move-forward-guilt-shame/dp/B08BG5N3MF/ref=sr_1_1?crid=233XEIS8033HW&dchild=1&keywords=forgiven+joe+woodruff&qid=1596639952&sprefix=forgiven+joe+%2Caps%2C298&sr=8-1